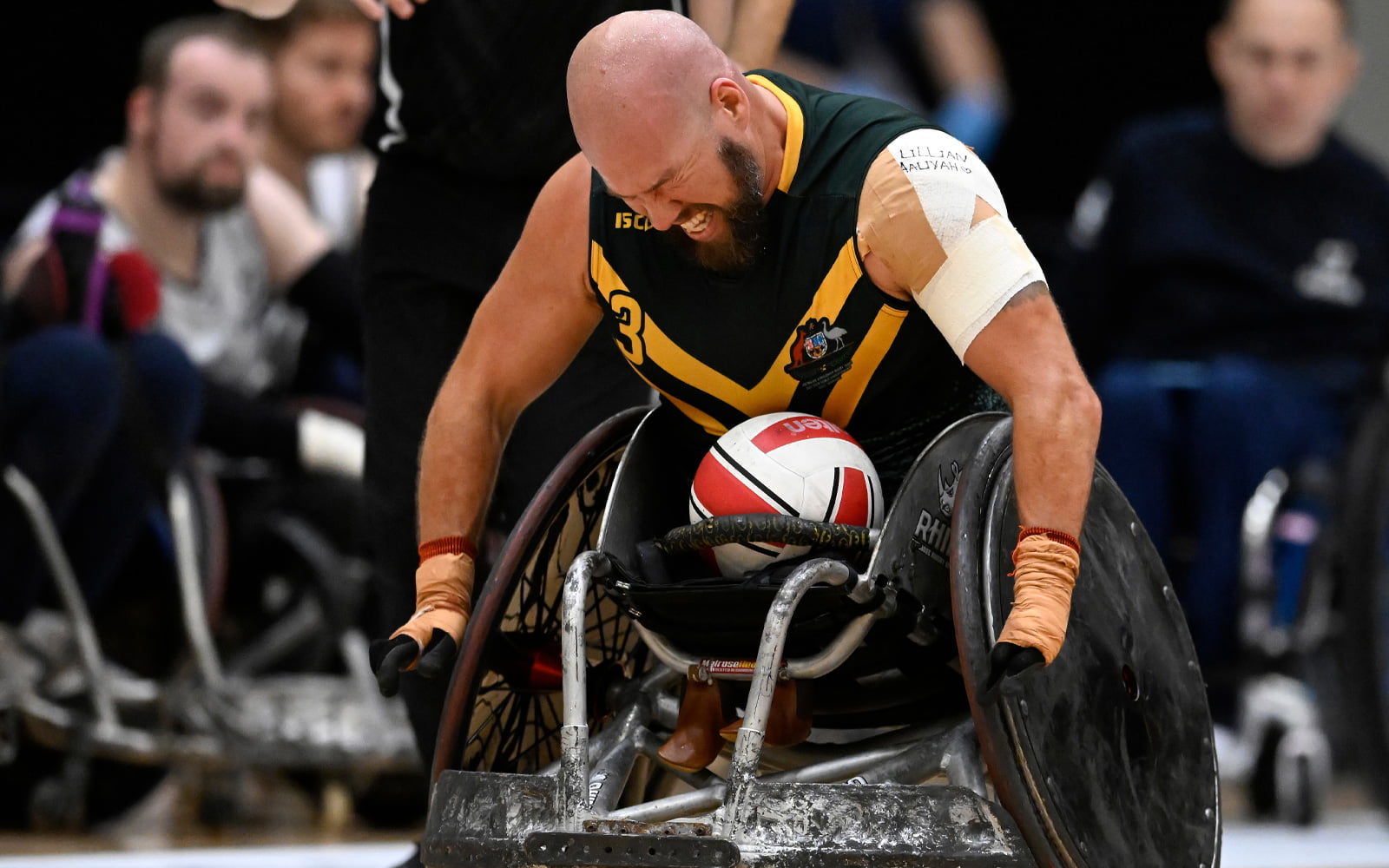 The Australian Steelers will face Denmark and a sold-out Danish crowd for a place in the gold medal match at the World Wheelchair Rugby Championship.

The Steelers defeated reigning Paralympic champions Great Britain 54-45 in their quarter-final on Saturday to book the tantalising semi-final showdown against the host nation.

What a win! The Aussie Steelers advance to the semi-finals of the #WheelchairRugby World Champs following a 54-45 win over reigning Paralympic champions Great Britain 👏

The teams renewed hostilities in their Pool B match last Thursday, which the Steelers won 55-43, a result Steelers captain Chris Bond said went some way towards achieving a feeling of redemption.

But Bond knows it will all count for little if the home side bounces back and sends the Steelers crashing out of medal contention once again.

All available tickets are likely to be sold out, with tournament organisers now scrambling to add to the venue’s capacity.

“We’ve worked so hard over the past couple of years as a squad and for our all our good work this week to come to a halt with a loss, we can’t let that happen,” Bond said.

“We need to dig deepest, find everything we can and the fact that it’s against the host nation and there’s going to be a massive crowd, we need to lift to another level.”

Denmark progressed to the semi-final after escaping with a 55-53 victory over France in overtime. With their lively fans willing them on, the Danes looked set for a comfortable two-goal victory in regular time before two reckless errors in the final 40 seconds miraculously resurrected France’s chances.

The Danes were able to recover and hold their nerve in overtime, but time will tell whether the physicality of an extra period  against the French after four gruelling pool matches will affect them in the semi-final. By contrast, the Steelers have had a much smoother path.

“We definitely can’t rest on the fact we beat Denmark by 12 earlier in the week.” Bond said.

“We did that at the last World Championship [in 2018] when we beat Japan by 14 in the pool round and they came back to beat us by one in the final.

“We still have a point to prove. We need to keep beating Denmark to show them we are the dominant team.”

The Australians were ruthless in the quarter-final against Great Britain, conceding just two turnovers in the first three quarters to build an unassailable lead, before resting their key line-ups in a performance head coach Brad Dubberley described succinctly as clinical.

“We’ve taken out the Paralympic champions and I’m really proud of the way our team went about it,” Dubberley said.

“We knew all the areas that we wanted to attack and everyone played incredibly well. We only gave up four turnovers for the entire game and to get two of them straight back was awesome. We’re getting back to that clean rugby that we really want to play.

“Against Denmark, this place is going to be rocking so we need to be on song. We had a good win earlier in the week against them but a semi-final is a whole different beast.

“Obviously they devastated us big-time in Tokyo and we can’t afford to let that happen again on the big stage.”

In other quarter-final action on Saturday, the United States defeated arch-rivals Canada 53-51 to book a semi-final spot against defending world champions Japan, who hammered New Zealand 58-38.

The Steelers will face Denmark at 11:30pm (AEDT) on Saturday for a place in the gold medal match before the United States and Japan do battle at 1:45am on Sunday (AEDT).