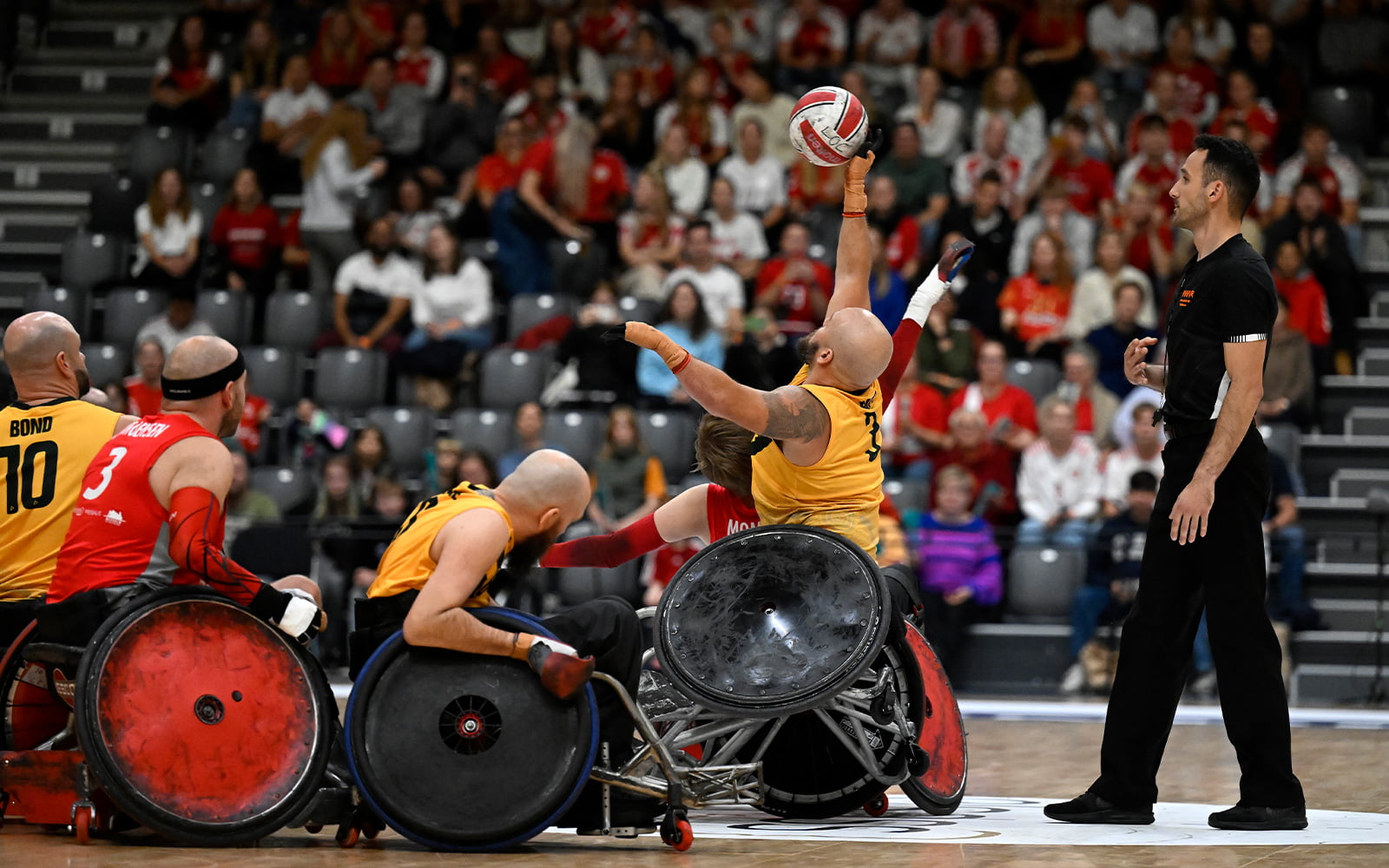 The Australian Steelers defeated Denmark 55-43 to silence their raucous home crowd and remain undefeated after three matches at the World Wheelchair Rugby Championship.

Declaring the contest ‘a massive grudge match’ before the opening tip-off, Australian captain Chris Bond said revenge was a motivating factor for the Steelers following their one-goal loss to Denmark at last year’s Paralympic Games in Tokyo. Ultimately, it was the match that derailed their gold medal hopes.

A year on and with a point to prove, the Steelers were able to gain some redemption.

“Coming into this game, we did talk as a team about the Tokyo Paralympics and how the loss against Denmark has really never sat well with any of us,” Bond said.

“I want our team to be number one in the world again. That’s what we’re about. That’s what our goal is. Denmark was in our way here and to get them on their home soil felt really good.”

With the boisterous crowd in Vejle, presenting a major challenge for the Steelers, Bond said it was important to start strongly in a bid to nullify its influence. But even when the Australians held an unassailable lead, the drums, horns and vocal noise from Denmark’s fans in the stadium created an intense atmosphere.

The Steelers took a 27-24 lead into half-time before an aggressive and dominant defensive effort forced 10 turnovers in the second half to eliminate any chance of Denmark orchestrating another comeback.

“The crowd came out in droves and supported their team, but we felt their energy too. They might have jeered us and booed us sometimes, but that only fired me up even more,” Bond said.

“These are the moments that we train for and why we do this. We want to make sure that when we’re on the court, we give everything we can because you’re not going to get moments like this every day or play in front of crowds like this.”

Australian powerhouse Ryley Batt continued his stunning form at the tournament by being named the Player Of The Match for the third time in succession, while the 12-goal victory was also a memorable one for West Australian Jake Howe, who made his 100th appearance for the Steelers.

“My team-mates kept me level-headed. It’s a big stage here but they just told me to play the game, do what we have to do and we’ll get the win. And we did it as a team. To beat Denmark by that much, on their home turf, it’s an amazing feeling,” Howe said.

“I’m sort of speechless. It’s so awesome being able to represent my country, let alone play 100 games and to come this far on the biggest stage.”

The next objective for the Steelers is to secure top spot in Pool B with two matches remaining.

They clash with Colombia at 6pm on Wednesday before backing up quickly for their blockbuster against Japan at 12:45am on Thursday (AEDT).

Both matches will be streamed live via the 2022 Wheelchair Rugby World Championship website.