At Paralympics Australia, we help Australians with disabilities participate in sport and compete at the Paralympic Games through partnerships with governments, business, sporting bodies and the community.

We are responsible for preparing the Australian Paralympic Summer and Winter Teams for the Paralympic Games, which we have done successfully since 1990. At the Rio 2016 Paralympic Games, Australia  placed fifth on the gold medal tally with 22 gold, 30 silver and 29 bronze medals out of 159 countries.

We work with our National Federation partners to help identify potential Paralympians and assist athletes to prepare for competition by providing funding for coaching, equipment and travel in the lead up to the Summer and Winter Paralympic Games.

Our partnerships with governments, business, national sporting organisations and disability groups are critical to delivering a successful Paralympic Team to the Games.

At the heart of what we do is our athletes, who strive to compete at an elite level, upholding the ideals of the Paralympic movement. 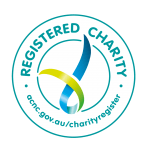 Paralympics Australia helps Australians with disabilities participate in sport and compete at the Paralympic Games through partnerships with governments, business, sporting bodies and the community.

Originally formed by its members in 1990 as the Australian Paralympic Federation, Paralympics Australia is the peak national body responsible for Australia’s elite athletes with a disability. The primary goal in creating Paralympics Australia was to establish a unified body to control corporate representation (domestically and internationally), participation at summer and winter Paralympic Games, marketing (sponsorship and fundraising) and public awareness.  A support goal was to assist members to develop disability sport in Australia.

Paralympics Australia is a company limited by guarantee. Its shareholders are national sports federations (NFs) and national sporting organisations for the disabled (NSODs).

Paralympics Australia is a not-for profit organisation and is a registered charity.

The Chief Executive Officer (CEO) manages Paralympics Australia business and implementation of the strategic direction and policies set by the Board. The CEO reports to the Board.

The CEO is supported by a senior executive team. The members of the senior executive team manage the divisions into which Paralympics Australia is structured. They oversee its key business elements and implement strategies to meet the corporate objectives identified in this document.

The Paralympics Australia divisions are:

In meeting its corporate objectives, Paralympics Australia enters into partnerships with:

World class sports performance through excellence in the delivery of our business and the development of our people.

Paralympics Australia aims to be the leading National Paralympic Committee and one of Australia’s leading sport administration organisations.

We have a constitutional mandate to co-ordinate, represent and promote the Paralympic movement in Australia.

Our governance is based on an understanding and respect of roles, responsibilities and authorities set within the Board structure and the management and control of the organisation.

We will achieve our goals by adopting and executing outstanding business strategies.

The delivery and performance of the Australian Paralympic Team is our primary focus and it is a key element of each Paralympics Australia business unit.

In executing our business strategies, we will enter into meaningful and cooperative partnerships with government, business and sporting organisations.

Sporting excellence, in all its dimensions, is an overarching goal of Paralympics Australia and forms a key measure for ongoing evaluation.

Paralympics Australia is respected as a leading Paralympic sporting organisation and is well represented internationally.  It is also known to be successful in sport and marketing.  Australia plays a lead role in steering the Oceania Paralympic Committee, the members of which are Fiji, Samoa, Tonga, Vanuatu, Papua New Guinea, New Zealand and Australia. Since 2000, the Australian Government has generously provided Paralympics Australia with a grant to service its Paralympic business in this region.

Australia has participated in the Paralympic Summer Games since the first Games in Rome in 1960.  Medal success in these Games has risen since Rome (8 medals) to London (85 medals).

Australia has participated in the Paralympic Winter Games since their inception in 1976. Australia competes in Alpine and Nordic events with male and female participants.

Following the Sydney 2000 Games, Paralympics Australia adopted a policy of mainstreaming which sees generic National Federations responsible for the preparation of their athletes to Paralympic level.  The sports which have been mainstreamed are: Para-athletics, Wheelchair basketball, Para-cycling, Para-equestrian, Football (5 and 7-a-side), Para-rowing, Para-sailing, Para-shooting, Para-swimming, Para-table tennis, Wheelchair tennis, Para-triathlon and Para-canoe. 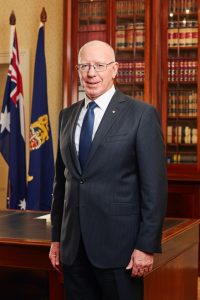 His Excellency General the Honourable David John Hurley AC DSC (Retd) was sworn in as the Governor-General of the Commonwealth of Australia on 1 July 2019.

David Hurley joined the Australian Army in January 1972, graduating from the Royal Military College, Duntroon into the Royal Australian Infantry Corps. In a long and distinguished 42-year military career, his service culminated with his appointment as Chief of the Defence Force.

He commanded the 1st Battalion, The Royal Australian Regiment during Operation SOLACE in Somalia in 1993, receiving the Distinguished Service Cross. Following promotion to Colonel, he was appointed Chief of Staff, Headquarters 1st Division in June 1994, attending the U.S. Army War College in 1996 and 1997. He commanded the 1st Brigade from 1999-2000 in Darwin, supporting Australian-led operations in East Timor. He was appointed the inaugural Chief of Capability Development Group from 2003-07, Chief of Joint Operations Command in October 2007, and Vice Chief of the Defence Force in July 2008. Promoted to General, he succeeded Air Chief Marshal Angus Houston as Chief of the Defence Force on 4 July 2011 until his retirement on 30 June 2014. In 2010, he was appointed a Companion of the Order of Australia for eminent service to the Australian Defence Force.
Prior to being sworn in as Governor-General, David Hurley served as the 38th Governor of New South Wales from October 2014 – May 2019.

David Hurley was born in Wollongong, New South Wales on 26 August 1953, the son of Norma and James Hurley. His father was an Illawarra steelworker and his mother worked in a grocery store. He grew up in Port Kembla and attended Port Kembla High School where he completed his Higher School Certificate in 1971. He graduated with a Bachelor of Arts and Graduate Diploma in Defence Studies from the Royal Military College, Duntroon in 1975. He is married to Linda with whom he has three children: Caitlin, Marcus and Amelia.