In 2017, Paralympics Australia facilitated the establishment of an Athlete Commission in recognition of the clear advantages to be gained from continuous and meaningful engagement with Australia’s Paralympians.

The Commission is comprised of 11 Paralympians from eight sports.

If you would like to get in touch with a member of the Commission, please email paathletescommission@paralympic.org.au. 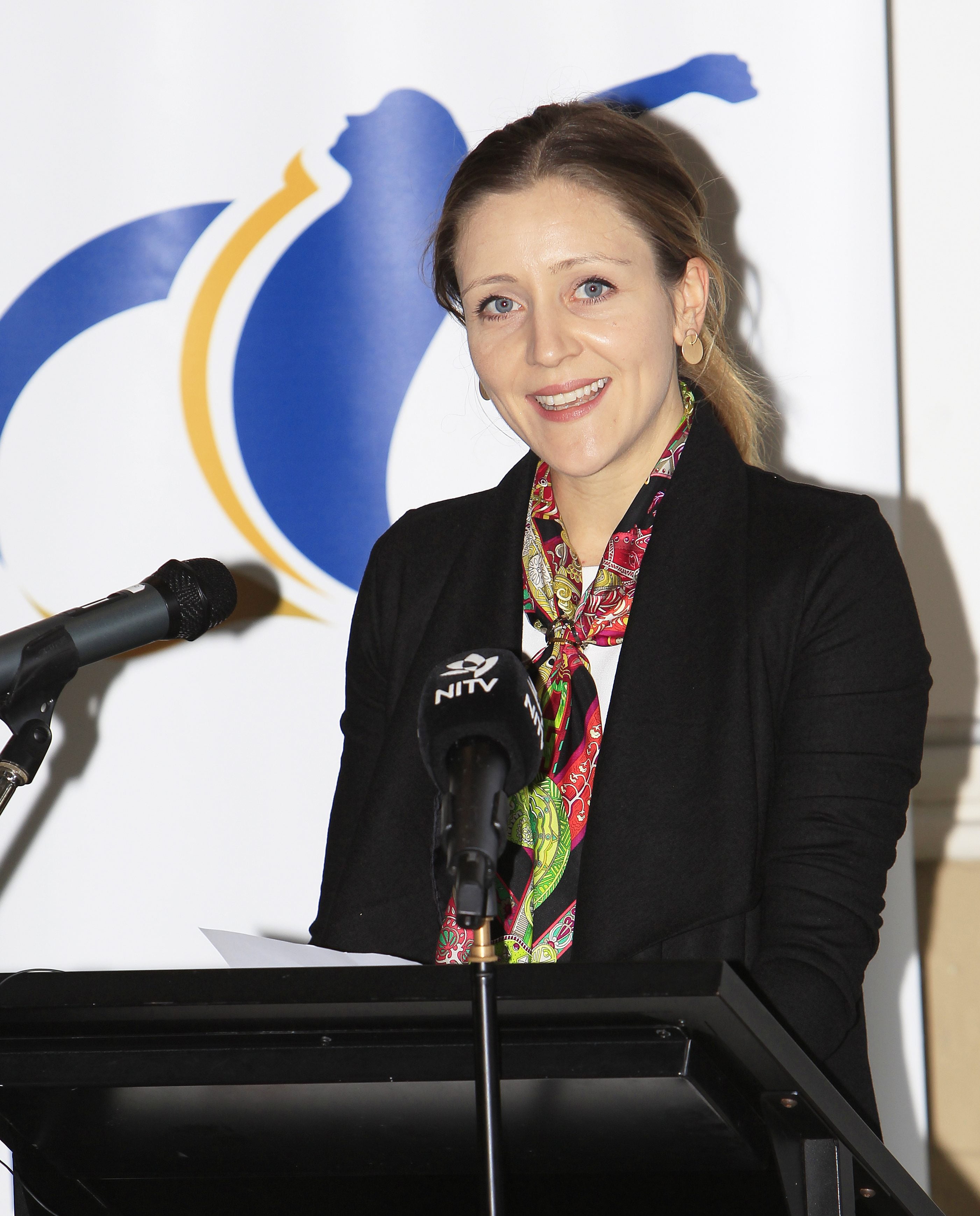 Annabelle Williams OAM is a two-time Paralympian and multiple Paralympic medallist in the pool. She retired from sport in 2012, and was a member of Seven Network Rio 2016 and Tokyo 2020 Paralympics Games broadcast team.

Annabelle was elected Chairperson of Paralympics Australia’s Athlete Commission at its inaugural meeting in May 2017. With her passion and wealth of knowledge and experience, she has installed a strong focus on strategy development, athlete welfare, integrity issues and policy compliance.

“I believe Paralympians are leaders and represent excellence, resilience, diversity and the power of teamwork.” 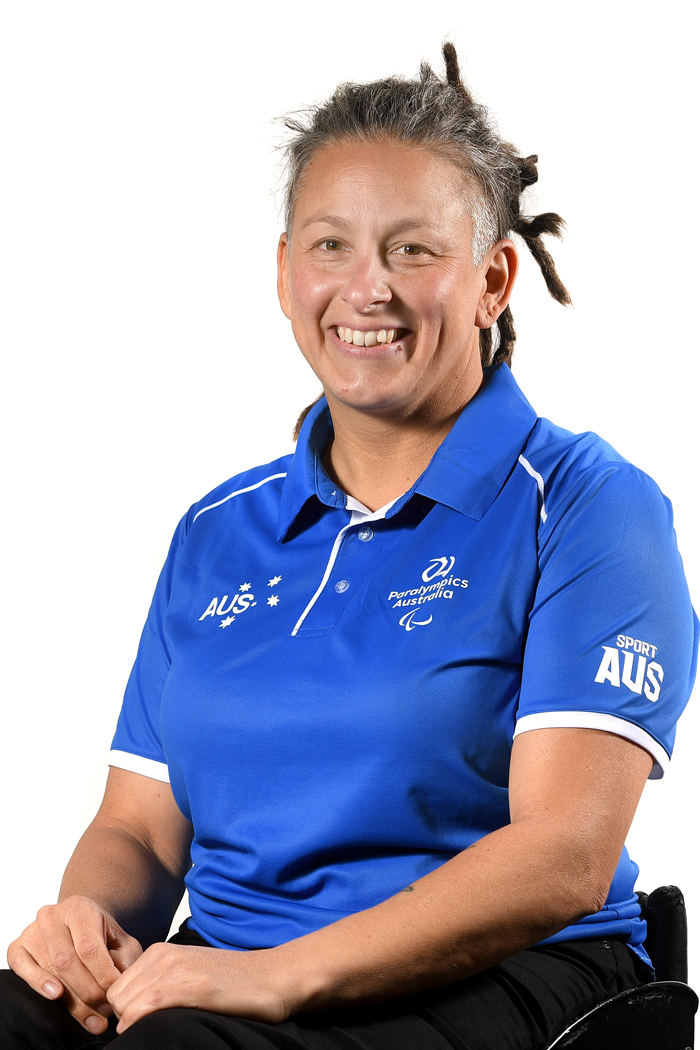 Danni has been working in the Complementary Medicine and Mental Health sector for 25 years, and is currently employed by Paralympics Australia as its Athlete Welfare and Engagement Officer. She is also a member of the International Tennis Hall of Fame Committee and Table Tennis Victoria’s Para-athlete Committee.

Danni was elected Vice Chairperson of Paralympics Australia’s Athlete Commission at its inaugural meeting in May 2017, and leads the Commission’s Athlete Engagement subcommittee.

“I am passionate about doing my bit to continue to provide a platform that recognises the rich legacy and wealth of experience within our community, and the framework to ensure our Mob have a voice across all aspects of our lives.” 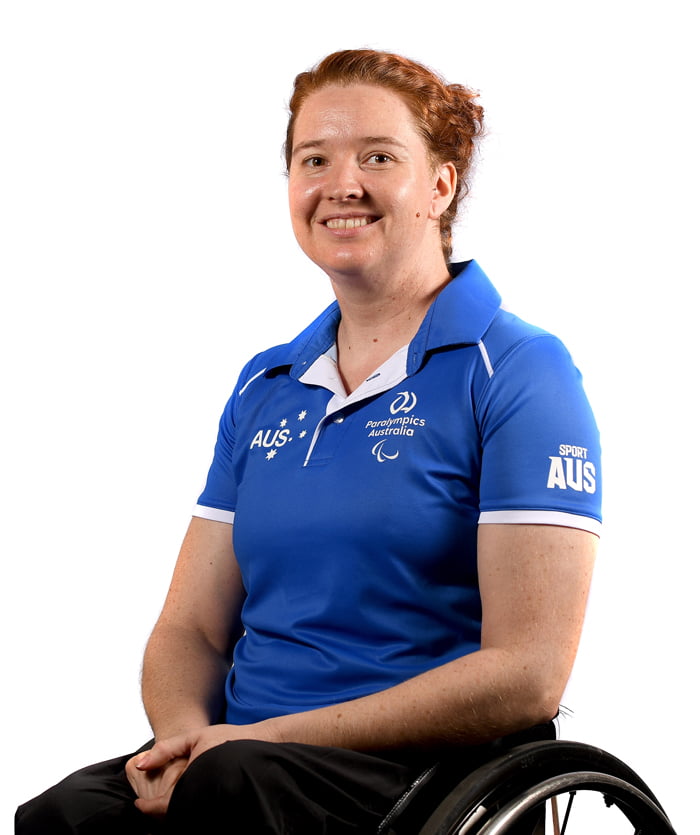 As a proud and long-time member of the Australian Paralympic family, Angie Ballard is a six-time Paralympian, multiple Paralympic medallist, and previous world title holder on the track.

Angie holds a Bachelor of Science (Psychology) with Honours. She has been a member of the Wheelchair Sports NSW Board since 2004, and appointed as an ambassador or advocate for organisations including for Technical Aid for the Disabled, Motor Accidents Authority and Lifeline Australia.

“I am interested in the athletes as a group having a larger voice, but also being able to take responsibility for the direction of our sport into the future. I want our perspective and insights to be heard in the decision-making centres of our sports and in the larger community.” 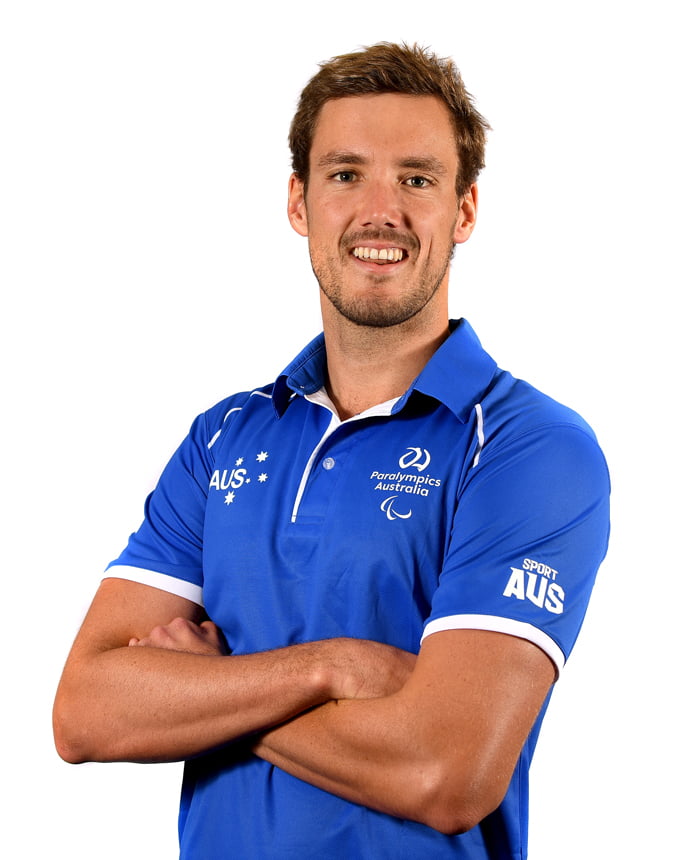 Having recently completed a degree in Clinical Exercise Science at the University of the Sunshine Coast, Blake is looking to use his qualification and significant experience as an elite athlete to become an Exercise Physiologist.

As a long-standing member and leader within the Paralympic community, Blake has been an active member of the Australian Swimmers Association since 2011.

Blake has served on Paralympics Australia’s Athlete Commission since its inception in May 2017 and is an active member of its Policies, Procedures and Public Statements subcommittee.

“I have been a part of a transition – that is still ongoing – in watching Paralympic athletes being supported, trained, coached, but most importantly, celebrated as equal peers…and only wish to carry that torch further still.” 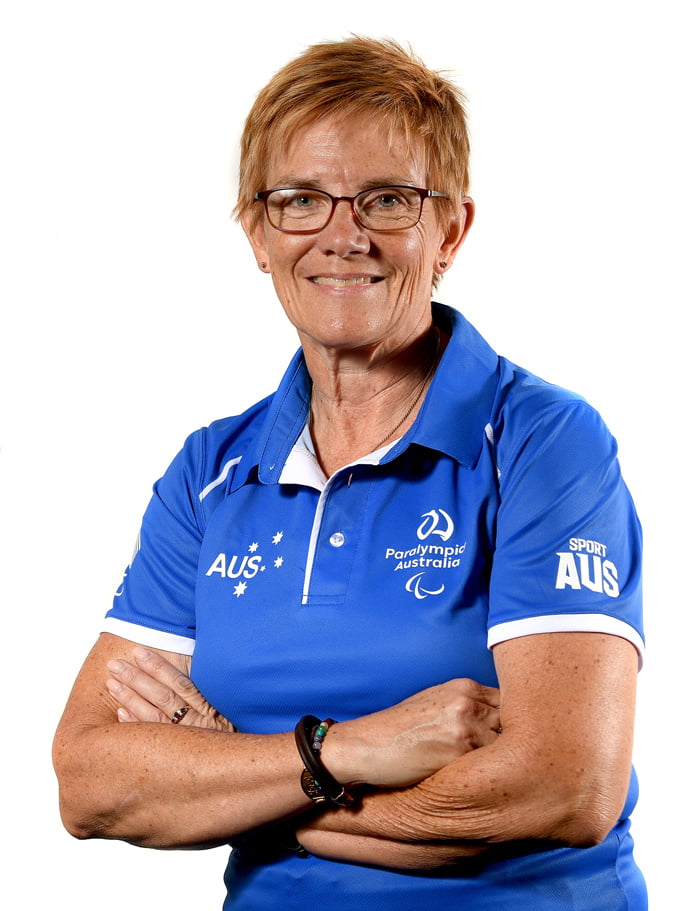 With a policing certificate from Canada, where she spent 14 years on the Toronto Police Force, and a Certificate in Logistics Management from Monash University, Carol brings her well-honed listening and problem-solving skills to the Paralympic community.

Carol is currently a self-employed author, speaker, disability advocate and long-serving Ambassador for the MS [Multiple Sclerosis] 24-Hour Mega Swim. She was previously a member of Cycling Australia’s Athletes Commission.

“I am a passionate believer in Para-sport. I am very defensive and proud of our Mob and believe the Athlete Commission needs people who want to help keep this family as strong and supportive as it can be for all athletes.” 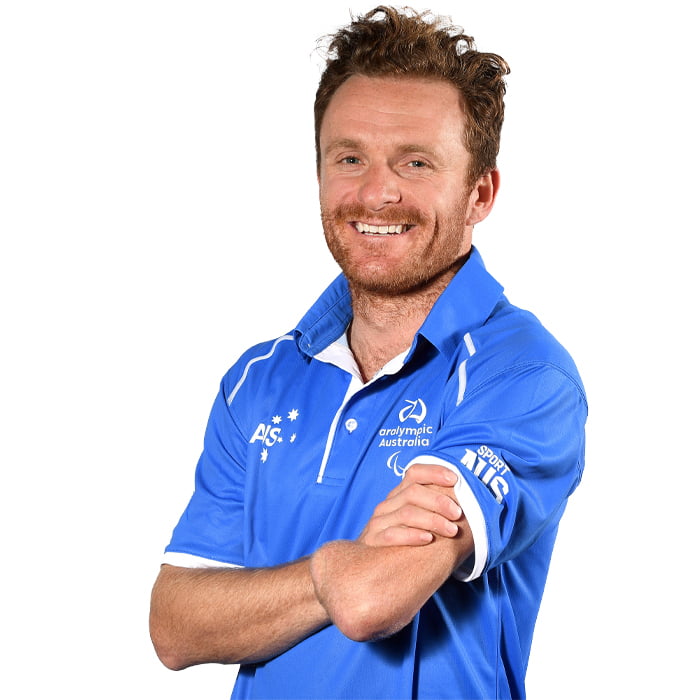 Mitchell is a three-time Winter Paralympian and has enjoyed a glittering alpine skiing career spanning 15 years.

Co-captain of the 2018 Australian Winter Paralympic Team, he has had gold medal success at World Championship level and multiple World Cup victories.

Away from sport, the 29-year-old is a passionate advocate for athlete well-being. He is a member of the inaugural AIS Athlete Advisory Committee and has also served as Chairman of the World Para-Alpine Skiing Athlete Advisory Group and Athlete Representative to the International Paralympic Committee’s Sport Technical Committee for Alpine Skiing.

“One of the main ways I want to work with the Commission is to help with how we can improve the pathway for developing athletes in winter sport here in Australia, as well as supporting their ongoing development as people.” 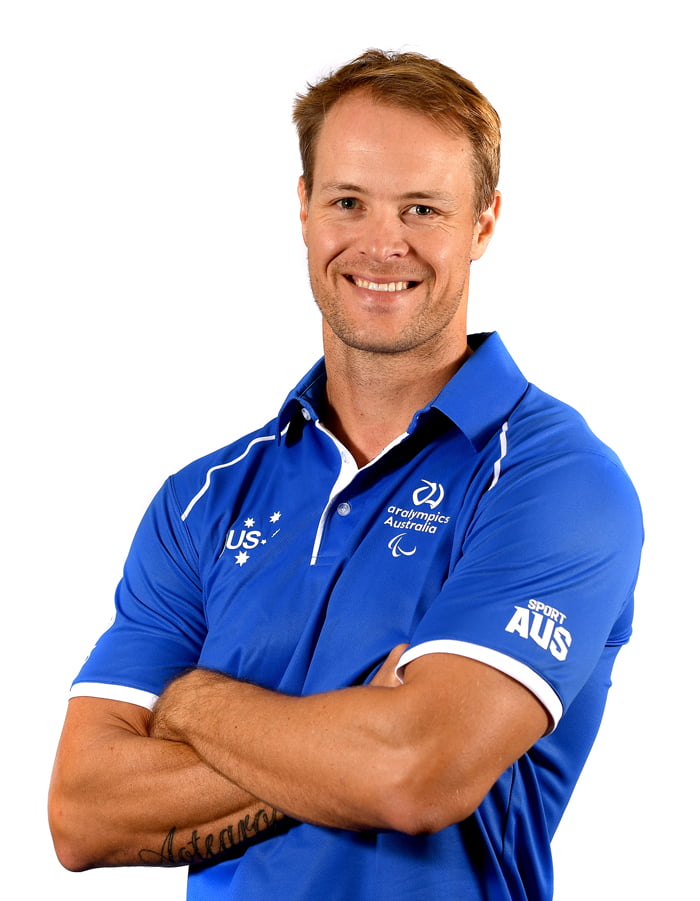 A two-time Paralympian, Curt McGrath is a Paralympic gold medallist and holds multiple world titles. He was the Australian Paralympic Team flag-bearer at the Closing Ceremony at the Rio 2016 Paralympic Games.

Curt served his country as combat engineer in the Australian Army for six years before becoming a Paralympian, but is currently a full-time athlete and speaker. He was an Ambassador for the 2018 Invictus Games, and was a member of the host broadcast team.

Curt has served on Paralympics Australia’s Athlete Commission since its inception in May 2017 and is an active member of the its Policies, Procedures and Public Statements subcommittee.

“I want the opportunity to give other athletes their voice and help progress past, present and future athletes, and make a positive difference to all.” 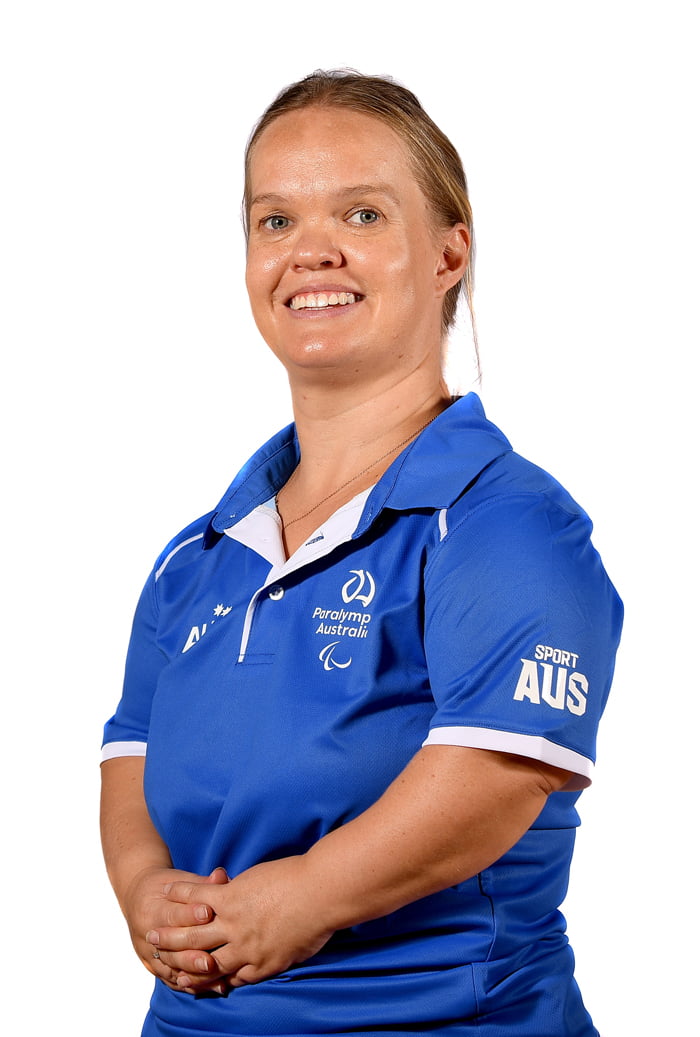 Sarah Rose is a three-time Paralympian and Paralympic medallist in the pool, and Swimming Australia’s mentor to up-and-coming Paralympians.

Since retiring from elite sport in 2013, Sarah has held positions at Roads and Maritime Services, Service NSW, and the NSW Department of Justice, where she is currently employed as Manager of Organisational Culture.

Sarah has served on Paralympics Australia’s Athlete Commission since its inception in May 2017, and is an active member of its Athlete Welfare subcommittee. As a human resources professional, she brings her extensive experience in engagement and leadership, and her well-developed organisational and project management skills, to the table.

“I am passionate about making a difference, driving positive change and ensuring our athletes’ voices are being represented when tough decisions are being made, and feel that my experience both in and out of the pool would be a good representation of some of the struggles Paralympians face in today’s environment.” 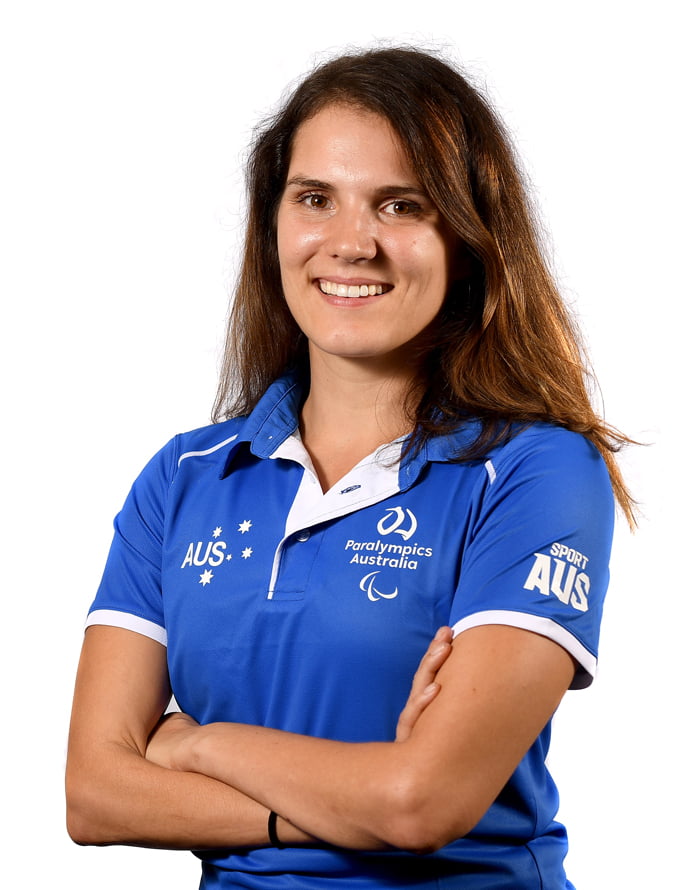 Sabljak has shown a strong passion for athlete advocacy. She was one of four athletes named to the International Wheelchair Basketball Federation (IWBF) Athlete Steering Committee, which is playing a crucial role in establishing an athlete representative body at international level. She said she had used aspects of the Paralympics Australia Athlete Commission model as part of a foundation for the IWBF version and she suggested her presence on PA’s Athlete Commission could help create a link between the game globally and domestically.

She wants to use her experience as a school teacher to help achieve positive outcomes for her elite athlete colleagues during her tenure. Ella was appointed to the Paralympics Australia Athlete Commission in 2021.

“My background is primary school teaching, specialising in positive mental health and wellbeing. These skills are transferable from teaching into sport and I’m hoping to be able to pass on my knowledge to all athletes. No one should be left behind and being a part of the Athlete Commission at Paralympics Australia will allow us to empower everyone so that we all can achieve our goals on and off the court.” 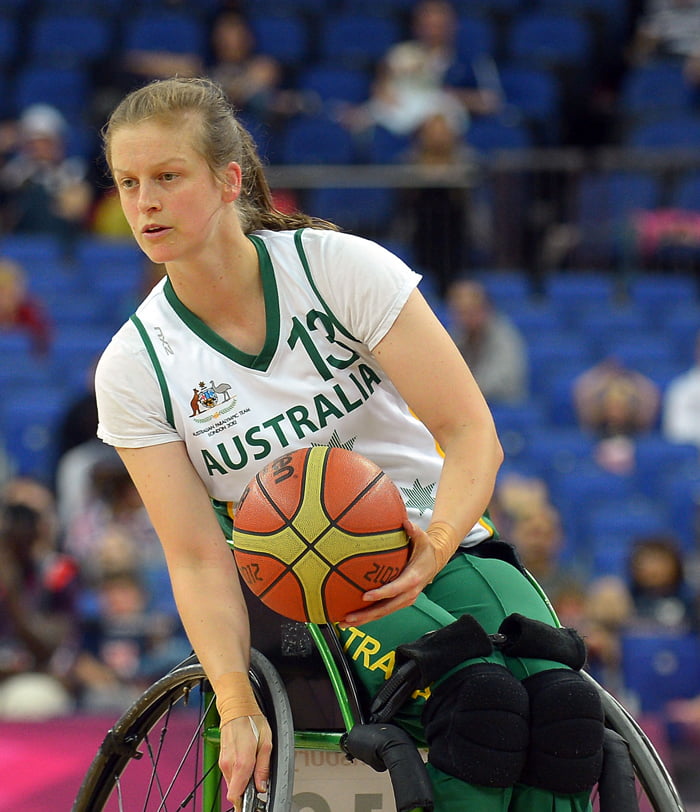 Sarah Stewart is a three-time Paralympian and multiple Paralympic medallist, having served as a key member of the Australian women’s wheelchair basketball team, the Gliders, since 2003.

As a vocal and passionate member of the Australian sporting community, Sarah sits on various boards and committees, including as a Director on the Board of Wheelchair Sports NSW, on the Executive of the Sydney University Sport and Fitness Clubs Advisory Committee, and the Basketball Australia League Advisory Committee and League Executive. Sarah has served on the NSW State Government’s Sporting Injuries Committee, and is the Team Manager and Assistant Coach of the Sydney Uni Flames wheelchair basketball team.

Sarah was appointed to Paralympics Australia’s Athlete Commission at its inception in May 2017, and is an active member of Policies, Procedures and Public Statements, Athlete Engagement, and Athlete Welfare subcommittees.

“I think that as much as we facilitate and support athletes to become world-class athletes, we also need to make sure we are doing everything we can to facilitate and support them growing as all-round deep and meaningful human beings – both on the visible journey as an athlete, and ‘off court’ in their personal life and other pursuits outside of sport (including after ‘the Games journey’).” 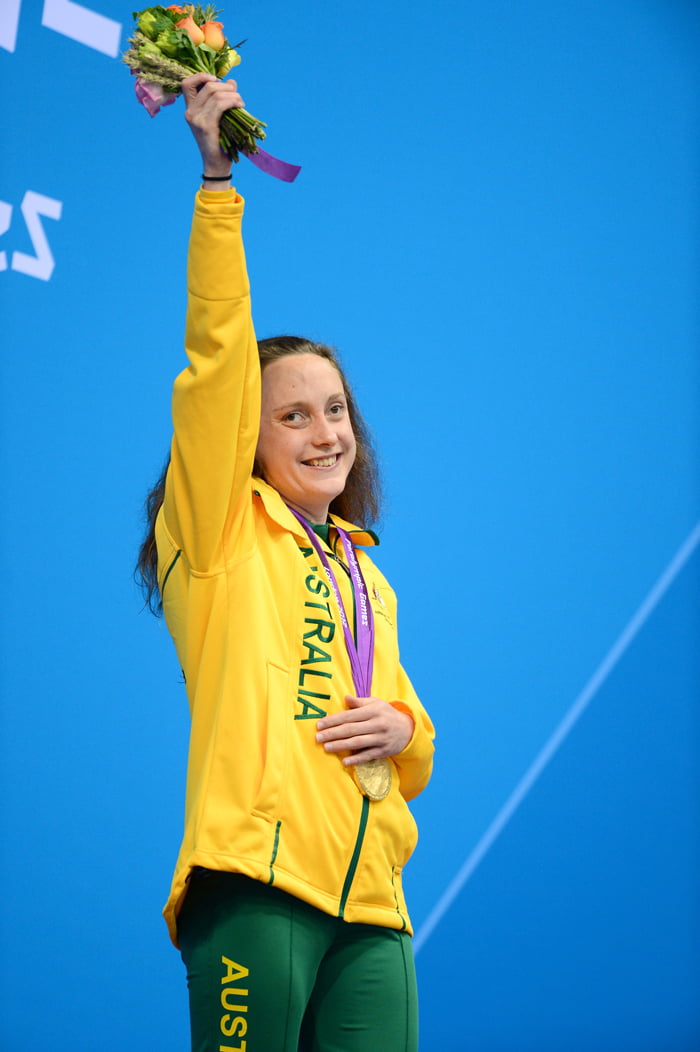 Prue Watt is a four-time Paralympian, eight-time Paralympic medallist in Para-swimming, and has spent time training with the Australian Para-alpine skiing team.

Since retiring from sport in 2016, Prue has completed a Bachelor of Science majoring in Neuroscience, and is currently employed as a Policy Officer by Safe Work Australia.

She also holds positions on the boards of Blind Citizens Australia and Disability Council NSW.

“The athlete voice is a crucial part of shaping a movement where Para-athletes at all levels feel supported, included, empowered and ready to perform at their best – both on and off the sporting field. I truly loved my time as an athlete and really cherish the opportunity to give back through engaging with and listening to the views and ideas of our Mob as we drive positive progress together.”