Eliza Ault-Connell on rediscovering her cool 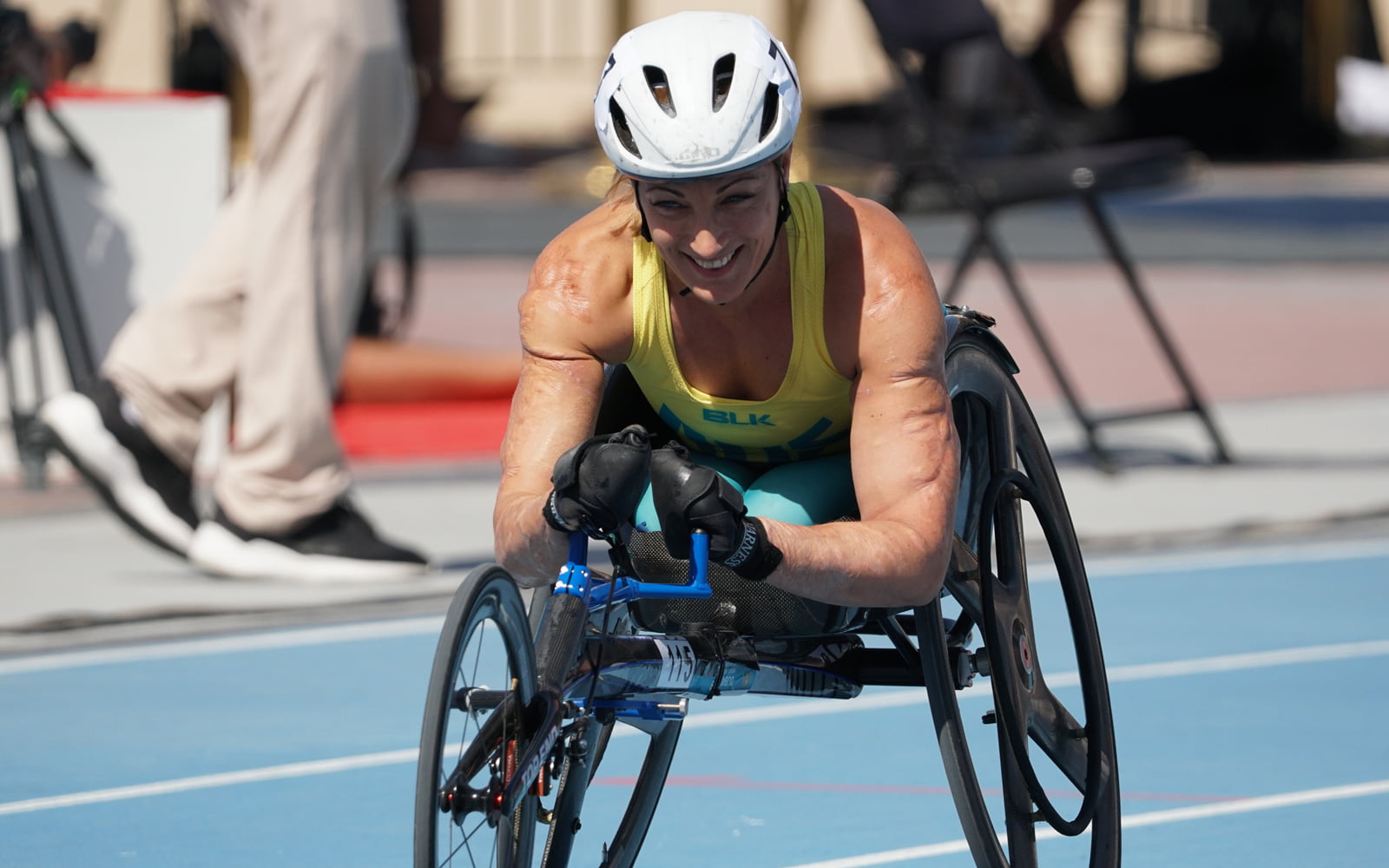 The following extract is from the April edition of The Australian Paralympian magazine – an AUS Squad member exclusive. To read the full story and more from the magazine, join AUS Squad. Already a member? Sign-in now.

When Eliza Ault-Connell last competed at a Paralympic Games, there was no YouTube. No Twitter. No Instagram. Five college roommates had launched ‘The Facebook’. Donald Trump was hosting a reality TV show. No one was keeping up with the Kardashians. Now, 16 years later, she is on the verge of representing Australia once again at the Tokyo Paralympic Games.

“We were watching the Games in 2016,” explained Eliza. “And my eldest daughter turned to me and said, ‘Mum! Wow! You used to be so cool when you did wheelchair racing!’

“I had long given away all of my racing gear, so I reached out to a few contacts to see if they had a race chair I may be able to borrow. I managed to track one down from my old coach’s son, and it fit like a glove!

“The second I got back into the race chair, the kids all yelled, ‘Mum’s going to Tokyo!’ So the pressure was on before I had even started …”

But one roll later and Eliza had fallen back in love with racing all over again. Mum was going to Tokyo. It didn’t take long for Eliza’s muscle memory to kick into gear and she received her second-first Australian callup within months.

Comebacks are not new territory for Eliza.

When Eliza was 16, she contracted meningococcal. Two days later and in a coma, her legs were amputated above the knee. And then most of her fingers too.

“I went from being a fit, healthy 16-year-old, to literally overnight on life support, and two days later having my legs amputated.

“I actually think being 16 and having that experience was a good time to go through such a change. I wasn’t young enough to be bullied in primary school, nor was I old enough to already be in university or in the workforce and needing to change the direction or my life and career. I was actually given the opportunity to shape my future.”

To read the full story and more from the magazine, join AUS Squad.