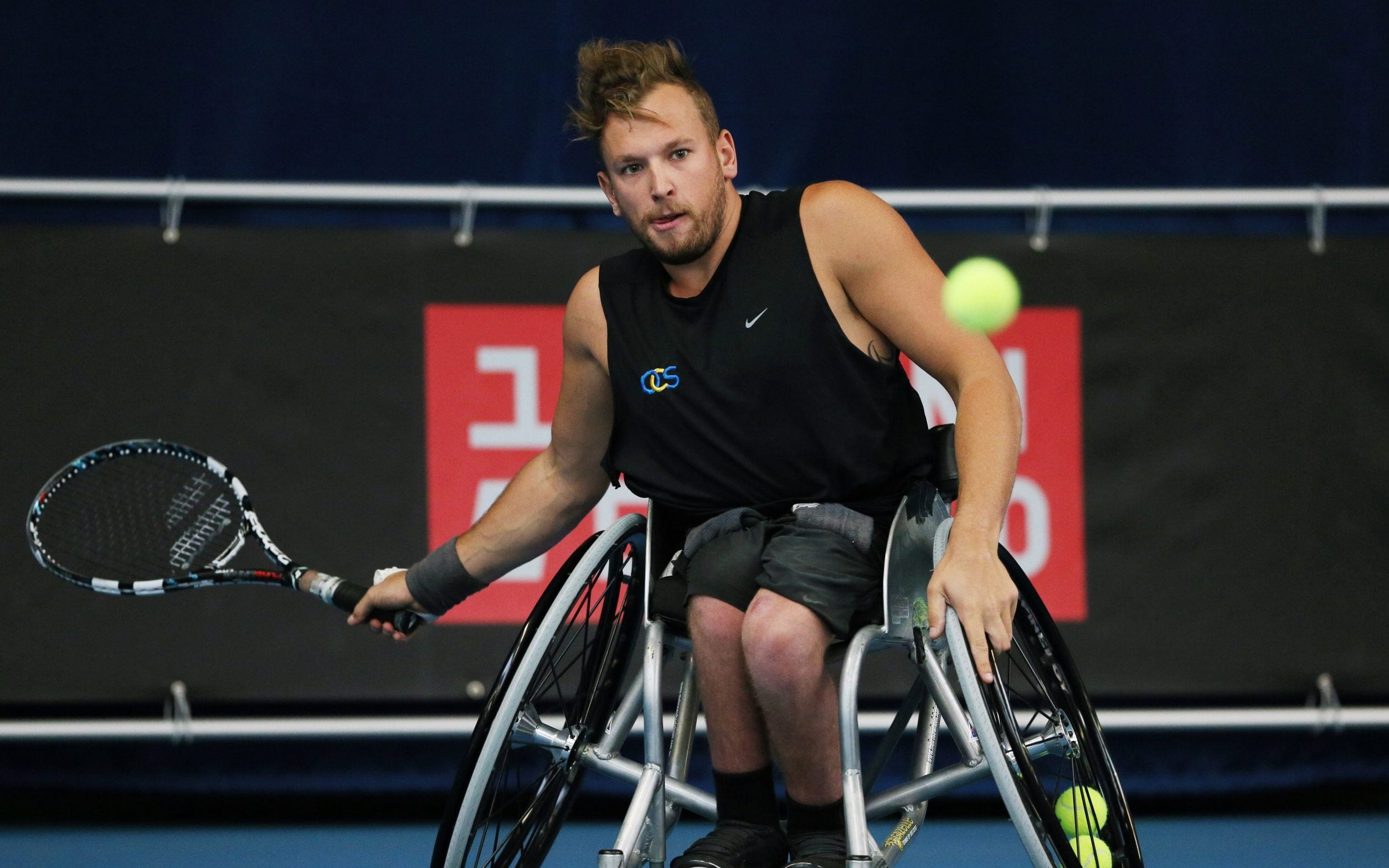 When Alcott, the world’s number one player in the quad class, takes to the court in Rio, he’ll be aiming to become one of just a handful athletes to win Paralympic gold in more than one sport.

To date, Australia has claimed just one single Paralympic gold in wheelchair tennis, won by International Tennis Federation Hall of Fame inductee David Hall at the Sydney 2000 Paralympic Games, but Alcott believes this is the year that changes.

“Gold medals are extremely tough to win, but I want that medal more than anything. I’m really looking forward to competing and giving my best effort out there on the biggest stage there is,” Alcott said.

“Ever since I was a kid, I dreamt about competing at the Paralympic Games, and to have realised it not only in one sport, but two, is a truly amazing feeling.”

Going into the Games as a favourite for gold, Alcott is quietly confident his goal is within sight. However, having already experienced the loss of a Paralympic title with the Australian men’s wheelchair basketball team in 2012, he knows the competition will be tough.

“It’s a great feeling having that ranking, however, rankings mean nothing once you are out there on centre stage,” he said.

“London [the 2012 Paralympics], although an incredible Games, was one of the most devastating experiences I’ve had. To be so close to another gold and have it ripped away by a small margin in a two-horse race was a tough pill to swallow – a feeling I don’t want to experience again.

“In saying that, I’m using that to fuel me at what will be a truly awesome event. I can’t wait for it to all kick off.”

Alongside Alcott will be newcomer Davidson, who, at his first Paralympic Games, will be aiming to win gold in the quad doubles with Alcott.

Having taken a 10-year hiatus from wheelchair tennis, Davidson is also looking forward to the opportunity to showcase the sport to new Australian audiences in Rio. Together with Alcott, Davidson made history this year when the duo won Australia’s first-ever World Team Cup title in Tokyo, Japan.

“It feels like a childhood dream come true to be heading to Rio. After Japan, we have a really good shot in the quad doubles, so a gold medal would surely be nice,” Davidson said.

“Having Dylan as my partner is awesome, because we are good friends outside of sport, so we have a great relationship.

“But I’m most looking forward just to being part of the team and supporting them.”

Kellerman and Weekes have both experienced the height of wheelchair tennis, with four Games between them.

On his selection, Kellerman said: “At London, I was excited just to be there and everything was overwhelming, but this time, I’ll be able to stay grounded and appreciate the experience more.

“To have London behind me will be a huge advantage, and I’m really looking forward to showing how far I’ve come in my first match.”

“Wheelchair tennis is an exciting sport at the Paralympic Games, for both the athletes and spectators, and the quality of competition has increased tenfold since London,” McLoughlin said.

“We have a real mix of experience on this team. Heath is heading to his first Games, Dylan is world No. 1, but has never competed in wheelchair tennis at this level before, and Ben and Adam are in top form to do well for Australia.

“I want to congratulate all four athletes on their selection. We’re very proud of each of them, and we’re looking forward to seeing them reach new heights at the Rio Games.”

Wheelchair tennis is open to athletes with a physical disability and follows the same rules as able-bodied tennis, with the sole exception that the ball is allowed to bounce twice. Athletes play in singles and doubles events, with the first to win two sets declared the winner.