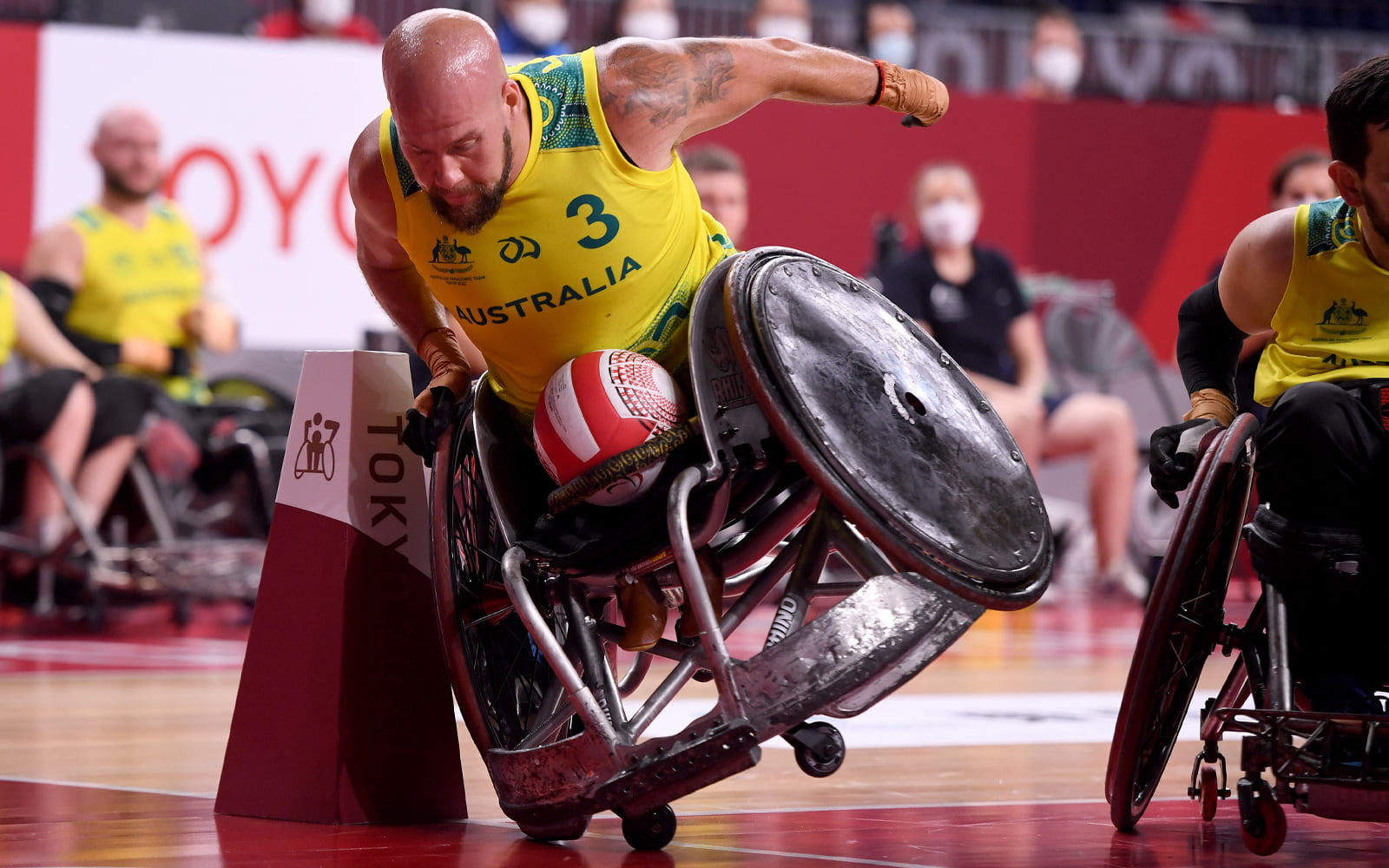 The Australian Steelers wheelchair rugby team – featuring rejuvenated superstar Ryley Batt – is putting the finishing touches to its preparation for the Canada Cup, where the Aussies will finally get to contest their first international match since the Tokyo Paralympics last year.

Batt, who took an extended break from the sport after the Games, will spearhead the team, which is heavy on skill but light on match fitness.

It won’t be an easy landing: the Steelers’ tournament opener is against Paralympic champions Great Britain and hours later they play Paralympic silver medallists USA.

The Canada Cup includes the world’s seven top wheelchair rugby nations, offers world ranking points and holds considerable prestige. However, the cancellation of the Asia-Oceania Championships and a Four Nations tournament in recent months means coach Brad Dubberley’s focus will be on using the Cup as a stepping stone to the World Championships in Denmark in October.

“We need a bit of stability and experience in the team as we build towards the Worlds,” Dubberley said.

“Our opponents have had the European Championships and American zonals while us, Japan and New Zealand have been stuck. The Paralympics didn’t go our way so it’s about getting some momentum up now.

“The Canada Cup, we’re 100 percent playing to win. But who knows what’s going to happen? The big thing is just to prepare for Worlds, trial some things, get a bit ‘game-fit’ and get momentum.”

The team will largely mirror the squad that played in a five-game friendly series in Texas last month. A notable late inclusion is up-and-coming player Justin Goh, whose Australian citizenship was expedited with assistance from Paralympics Australia, making him available to represent his country for the first time. The big exclusion is team stalwart Chris Bond, who is staying home as an expectant father for the second time. To fill in for Bond, Dubberley asked two-time Paralympian Jayden Warn to join the squad.

“Jayden’s been on a break until after Worlds and then we were going to chat about what happens next,” Dubberley said. “But, with Bondy out, we can’t really go there with one high-pointer, so Jayden’s coming over to help us out.”

The Canada Cup also heralds the return of Batt, the five-time Paralympian and dual gold medallist, who took his first break from wheelchair rugby in nearly 20 years after Tokyo 2020.

Asked if he thought the Tokyo Games might have been the end for Batt, Dubberley said, “Absolutely. I did think there was a good chance he was done.

“To be honest, I don’t know if he’ll go through to Paris 2024 or not. But he’s come back looking pretty good and he’s a bit more up-and-about, which is great.

“While he was away he knew we were here for him, but I deliberately tried not to contact him. When he did get in touch, we’d avoid it being about rugby. He’d send us a screenshot and say ‘Who’s this player?’ and I’d say ‘How’s your holiday going, buddy?’.

“He needed some time to freshen up. He was still doing his gym and all that, but it was important for him to get away from rugby for a while.

“It’s been good for us too because we’ve been able to put players in positions where they’ve got to step up. It challenges our coaching group to do things a bit different too.

“The reality is that all our athletes are crucial and our development program is phenomenal now getting players involved and building competition for spots. It’s impossible to replace someone like Ryley but we have to eventually adapt and get the best out of all our players and see where it takes us.”

The Australian Steelers selected for the Canada Cup from June 2-5 in Richmond, British Columbia are: