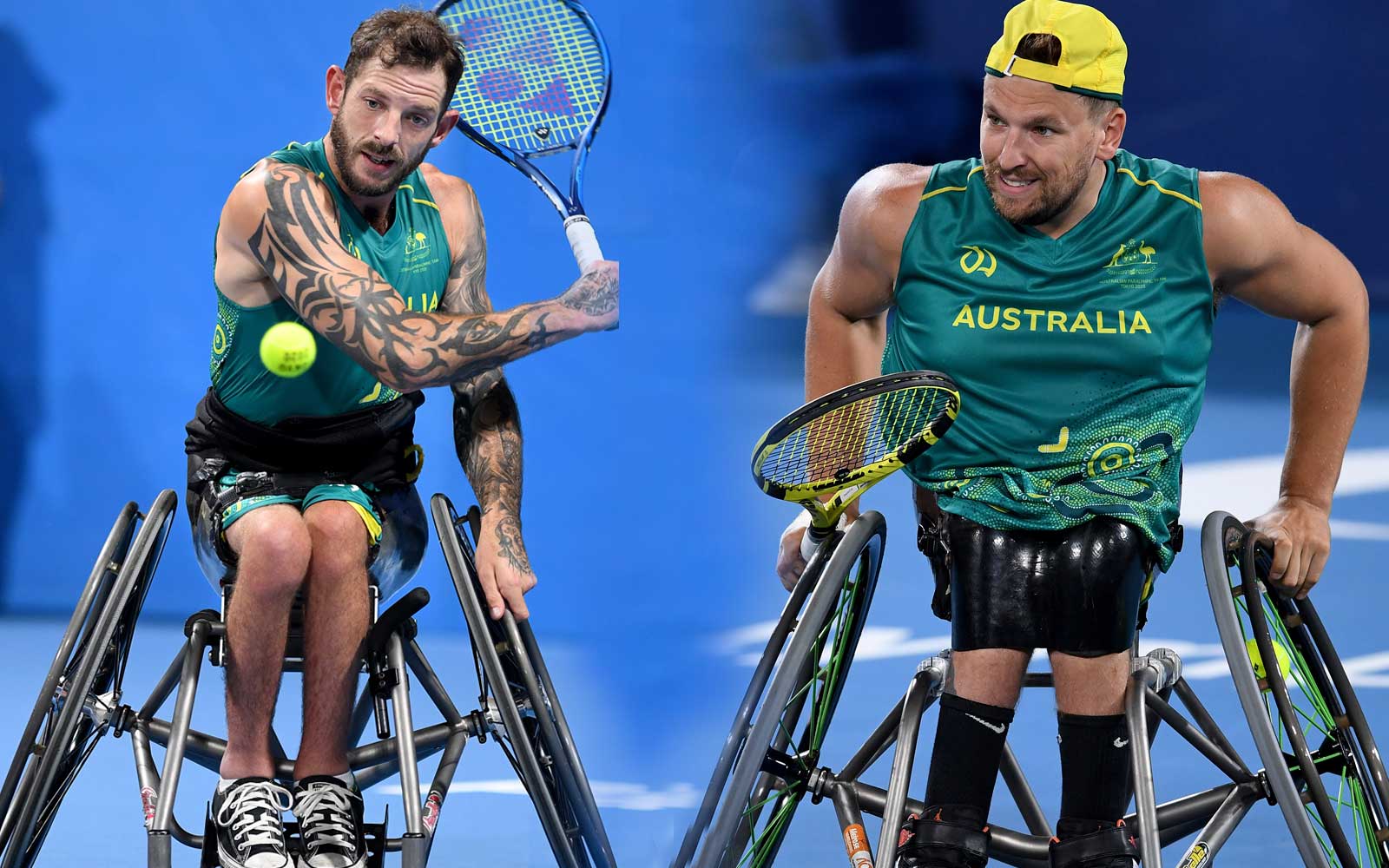 Two unfit teenagers who found joy, purpose and each other through tennis are now at peace with authentically sharing their story.

It’s a battle of the established against the emerging, with the Australians to face rising stars Sam Schroder and Niels Vink from wheelchair tennis powerhouse the Netherlands.

For Alcott and Davidson, a Paralympic gold medal match is a scene far removed from the two lads who helped each other overcome the teenage blues at the Moorabbin Tennis Club in suburban Melbourne.

“We were two fat kids who got bored with our disabilities and found tennis – I used to love Doritos,” recalled Alcott.

“I’m a Maccas boy, still am,” chimed in Davidson.

Davidson, four years his playing partner’s senior, is no shrinking violet, but anyone who spends as much time in Alcott’s energetic company could be seen to be the quieter foil.

As the partnership now grows in a public sense, it’s apparent Alcott has realised his profile gives him the chance ensure his mate also gets his moment in the sun.

“We don’t take this for granted. No one else gets to play with their best mate at the Paralympic Games so that’s pretty special,” Alcott said.

“People forget that we’ve been best mates since I was 10. The relationship is on court, for real, but its deeper than that which helps us to be honest.”

Davidson had times drifting away from tennis and Alcott’s desire to return to the game after two Paralympic basketball campaigns helped rekindle the 34-year-old’s love for the sport.

“I think we’ve learned to really trust each other out there and it doesn’t matter what happens on court we are still going to be mates,” he said.

“I was only playing tennis again for just on two years when we went to Rio, so having a big five years together, it’s made us really close.

“I feel like I’m a much better tennis player than I was back in Rio.”

Alcott and Davidson have won 13 doubles titles together, including the past four Australian Opens, while Schroder and Vink have won seven, but are yet to win a major as a partnership.

Vink, at 18, will be the youngest on the court. He has won double titles as the playing partner of both Australians in the past year.

“There are definitely some new kids on the block that are pretty good and giving us a run for our money recently,” Davidson said.

The quad doubles final will be the first gold medal decided at Ariake Tennis Park for Tokyo 2020.

Australia has won only three Paralympic tennis gold medals, with David Hall’s open singles win in Sydney the only other occasion outside of the Alcott singles, Alcott / Davidson double five years ago.

The Dutch have won 17 gold, headed by a personal haul of seven, to women’s legend Ester Verger.