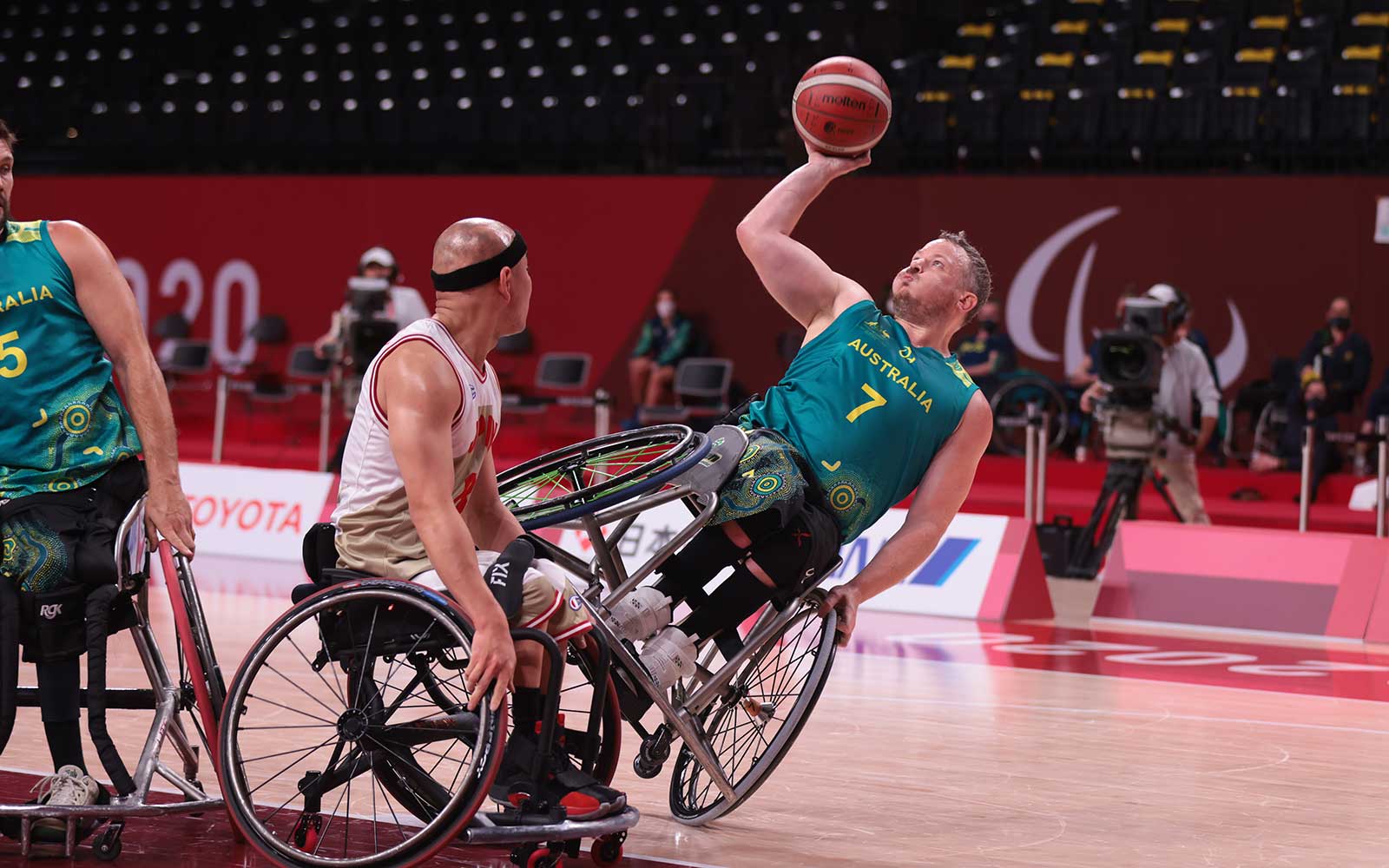 The Rollers’ hopes of redemption after Rio 2016 have been dashed at the hands of a Japan side that did its homework on their more fancied opponents and took full toll of the Australians’ wayward shooting.

The Rollers were bundled out of medal contention at Tokyo 2020 with a 61-55 loss in the quarter final at the Ariake Arena and will now take on Turkey on Saturday at 3.45pm AEST in a battle to secure fifth place.

“It’s been five years since Rio and Rio wasn’t a good one for us,” senior player Tristan Knowles said.

“We’ve worked incredibly hard and we’ve trained the way that we play. The bronze in 2018 at the Worlds was, we thought, a really positive step for us in the right direction. I think we’re still on a really good pathway, we just got beaten by a better team on the day.

“I think everyone in our group doesn’t mind losing. But when we don’t go out and get key assignments done and let guys get off the chain that we said we wouldn’t let get off chain – and turn the ball over in some really critical moments – we definitely let ourselves down.

“The Japanese team, like always, were very very clinical and they worked tonight. There was nothing easy for us. They clearly scouted us very well. They didn’t let us get out and run the floor hard, like we like to and punish teams inside. It felt like a lot of our shots were outside, which is not what we’re about.”

The Rollers shot one from 12 from beyond the arc and 24 of 69 overall, for 35 percent. By comparison, Japan got the ball to their sharpshooters and ended with 29 or 56 (52 percent) from the field. Japan scored 22 fast break points to Australia’s five and Japan had 17 turnovers to Australia’s nine.

“We were under a lot of pressure. The Japan team was playing well, so we tried to change our game plan, come back out, but it was a great game from Japan team,” Rollers captain Shaun Norris said.

“Hiroaki (Kozai), (Renshi) Chokai and Reo Fujimoto – they played really well and congratulations to them. Japan deserved the win today.

“Hopefully next time around we can get some pre-games together somewhere, considering us and I think a lot of other teams have come into this tournament with zero games experience beforehand.

“It was really tough. It was difficult to find ourselves. When things are going well for us, we know we can put 20 point runs on teams, but we couldn’t find that consistently throughout the tournament.”

The Rollers were unable to match it with the US in the group stage, nor could they hold their lead against Great Britain in their final match before the quarters. They showed patches of brilliant play, but couldn’t maintain them for long enough.

“We have to make sure we finish on the right note here,” Knowles said.

“I would hate that the performance today would undo all the great work that we’ve done over the last five years.

“I think the style of play that we’ve adopted is very good, but probably in our last three games it’s pretty clear that teams are very on point now with their scouting on us, that we love getting out on the open floor and punishing teams in that first six, seven, eight seconds.

“We need to find ways to build our weaponry and get better. But it’s just really disappointing from us and it’s a hard one to swallow.”