A Third Silver for Horrie 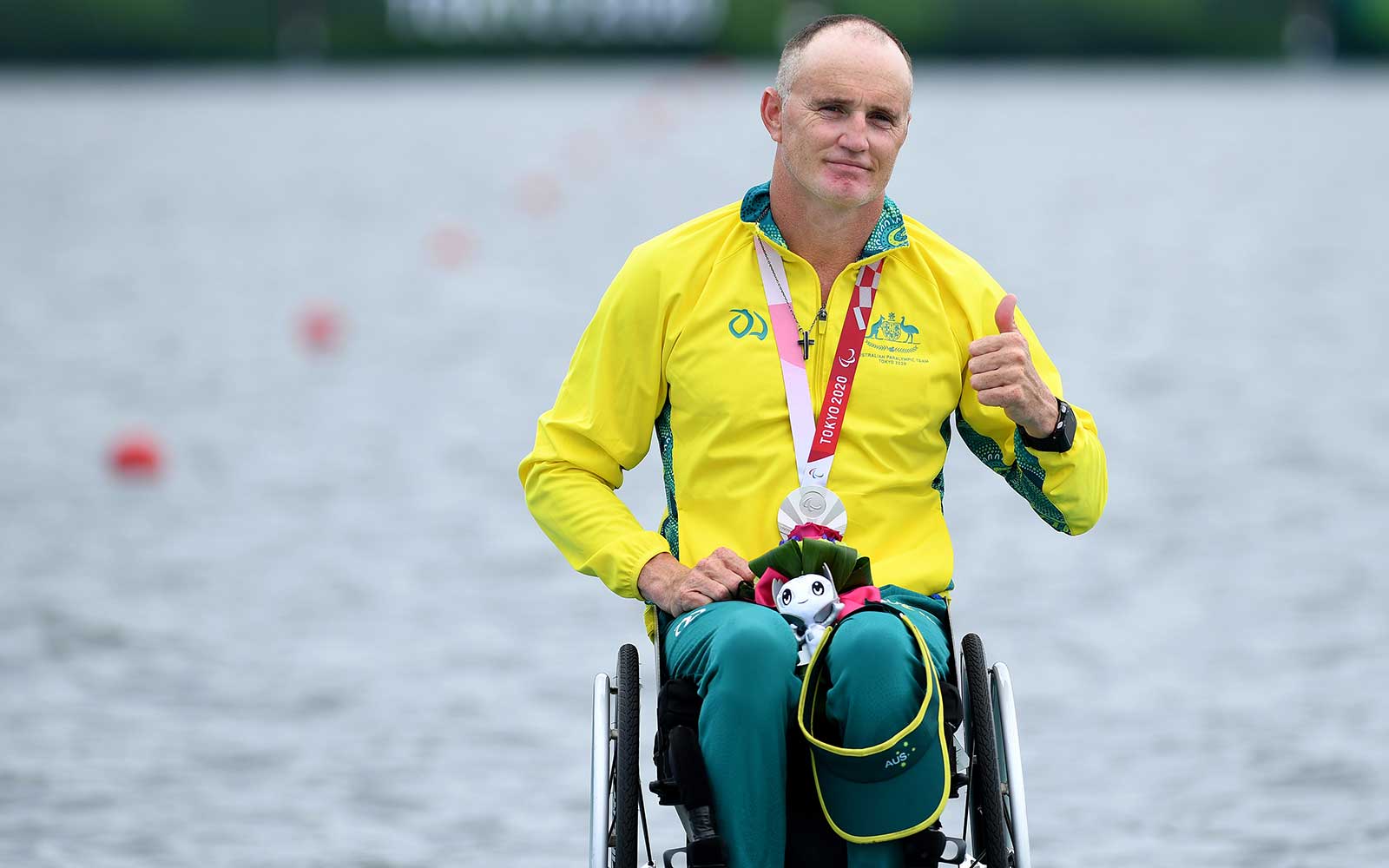 In a challenging head wind, Horrie produced a patient but tactically strong race, holding his line and trusting that he had the power in the end to pull ahead. And that’s exactly what happened.

Ukrainian Roman Polianskyi went into the race the heavy favourite and led from the outset to leave the rest of the field in his wake to claim gold. The chase was on with Horrie, Pereira and Spain’s Javier Reja Munoz battling for monitor placings between the 500m mark and the 1500m mark before Horrie finally broke free of the pack.

For Horrie, it was about sticking to the game plan that he had developed with his team that proved the difference.

“I was comfortable where I was, I knew it was always going to come down to the last 500m – 250m where it’s always been a bit rougher and that’s where the one good thing about rowing is, it’s that last 250m sprint.”

It was heartbreak for the PR3 Mixed Coxed Four who came fourth in their final, beaten by a dominant Great Britain, a strong USA and a fast finishing France.

While the crew were desperately disappointed not to medal after coming so close, the excitement of what a full preparation could place them was hard to dismiss.

Experienced coxswain Renae Domaschenz said she was proud of the crew’s effort in the conditions.

“The conditions were really tricky out there today. We went out with our own race plan on our own boat to really just try and improve a little bit on what we did yesterday and the day before and race ourselves into the regatta and they handled themselves really well.

“We did our best and we threw everything at it,” said Domaschenz.

With an eye to Paris in 2024, Domaschenz believes some tweaks in their preparation will help push them to that next level.

“We are a decentralised system, you know, that’s great for us because we all have jobs or study to do which really makes us better versions of ourselves to be honest. But perhaps to move to that next level we need to train together more as a squad.

“I think there were eight of us going this year for four spots, that’s the biggest we’ve ever had so if we can push that squad along, train together more, make a few more sacrifices together I’m sure we can get closer to gold in Paris,” she said.

PR2 Mixed Double Sculls crew Kathryn Ross and Simon Albury finished the regatta storming home first in the B Final with a time of 8:56.69.

While disappointed not to feature in the A Final, their race plan was to ensure that they sent a signal to other crews that they would be on the hunt next regatta.

Ross especially was proud of the way they finished their regatta after yesterday’s disappointment.

“Achievement comes in many forms, not always just medals,” she reflected.

Ross has spent the bulk of this week sharing her knowledge with Albury, who with only one big regatta meet ahead of the Paralympics had never really experienced racing of this level.

“Years worth of whatever I can in a matter of weeks and he’s just soaked it all up,” is how she described the process.