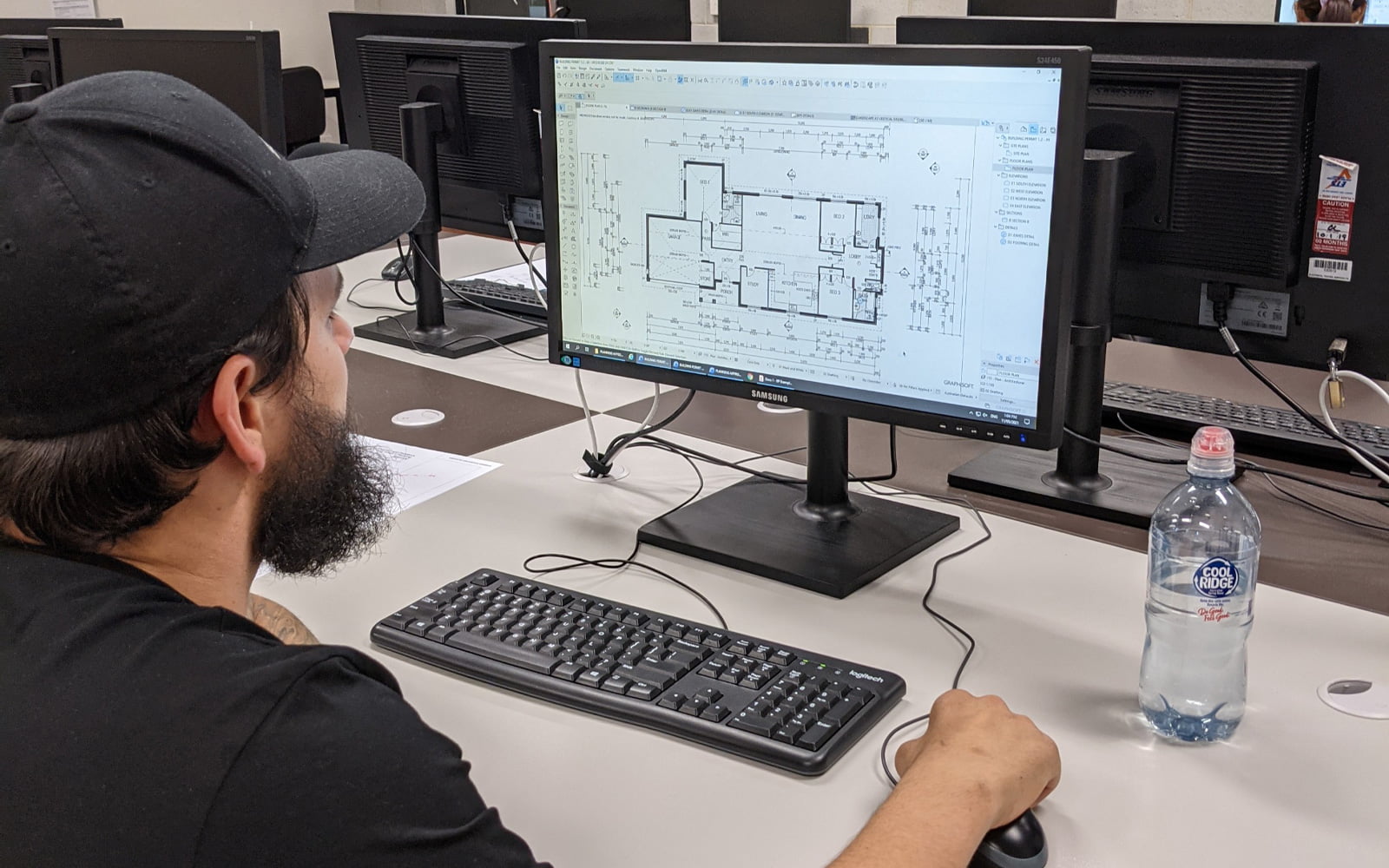 Australian Paralympic Team wheelchair rugby player Jake Howe is a qualified carpenter but has since turned his attention to a related field through which he hopes to help people with special needs.

The 29-year-old World Championship silver medallist is bound for the Tokyo Games, where the Steelers will aim to extend their Paralympic gold medal-winning streak to three. But, to mark National Careers Week, Howe and teammate Andrew Harrison explained their career motivations and goals away from the hustle and bustle of representing Australia in the popular sport.

“I’m a carpenter by trade, but since the accident I haven’t been able to work in the industry, so I wanted to further my knowledge in residential and commercial construction.

“I get an extra sense of achievement after designing and completing something like I used to at work before my accident. The plan is to be able to design homes for people with access issues and special needs.”

Howe said the lecturers at his TAFE had been supportive of his sporting career, working with him to balance his schedule between study, wheelchair rugby and parenting young son Lucas.

Like Howe, Harrison is studying for a career in the building industry.

“I’m doing an Advanced Diploma of Building Design (Architectural) at Swinburne University,” said Harrison, 33, who was a member of the Steelers teams that won gold at London in 2012 and Rio in 2016.

“I’ve always enjoyed building and design, so I thought why not do something I love? I also get heaps of satisfaction out of producing a house to what a client wants and needs.

“As sport has been a big part of my life for the last 15 years, I hope to be able to start my own business and have a fulfilling career for many years to come. My dream would be to design kitchens and bathrooms and also houses for big housing companies and then be able to drive down the street and say ‘I contributed to the design of that property’.”

Harrison – who, like Howe, has a young son – said he had enrolled in the Elite Athlete Education Network through the Australian Institute of Sport, which had allowed him to gain reasonable extensions and assistance from teachers while also being able to stay focused on his training for wheelchair rugby.

Still, like most elite athletes who are studying for post-sport careers, the balance is challenging.

“The biggest thing I would say is you need to be very disciplined and really time-focused on completing tasks and assignments on time, while still giving 110 percent to training and competing at the highest level,” he said.