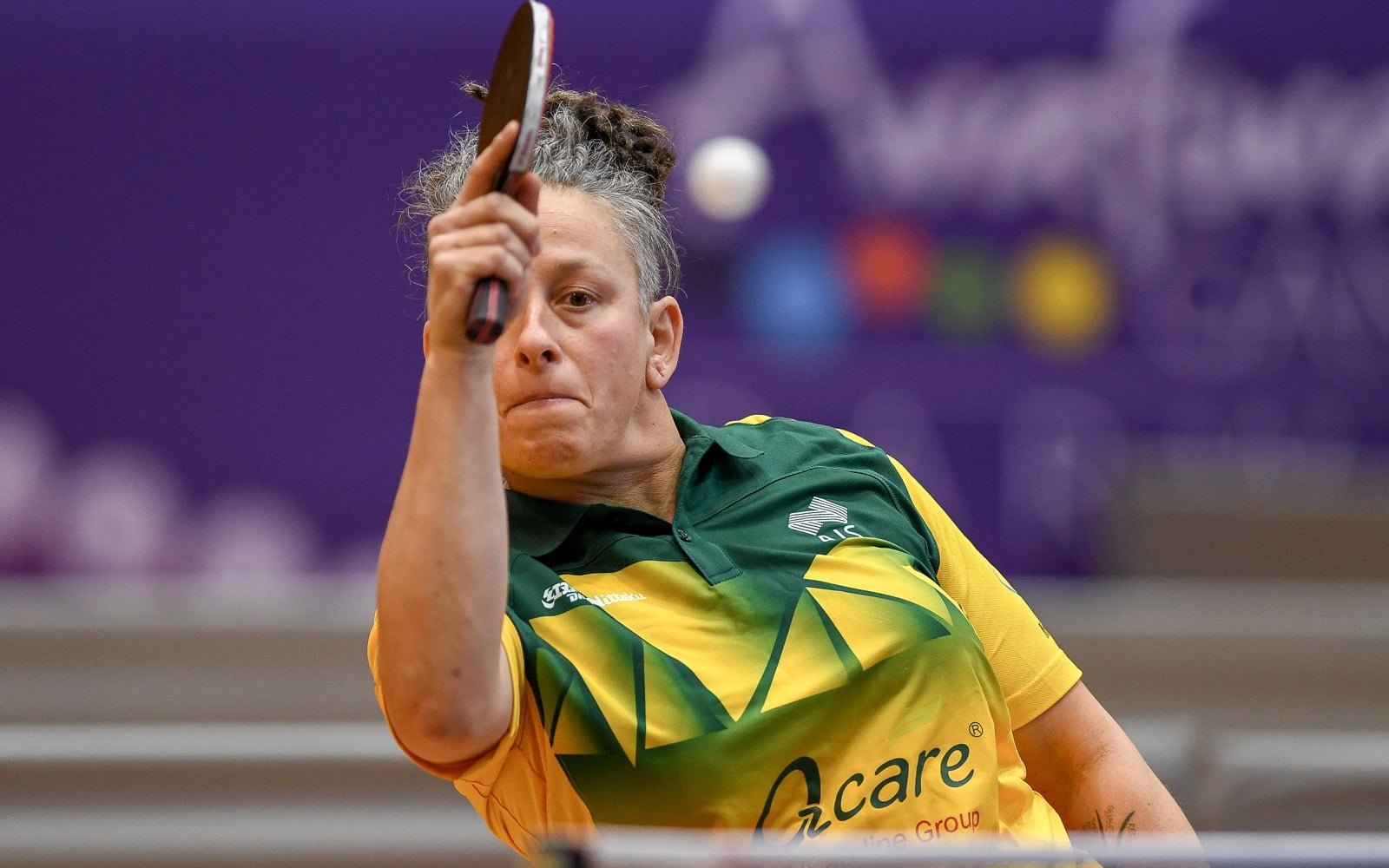 Australian Paralympic Team co-captain Danni Di Toro says a switch to table tennis has given her sporting career a new lease of life and she’s already talking about competing at an eighth Paralympic Games in Paris 2024. Milly Tapper, the first Australian to compete at the Olympic and Paralympic Games in the same year, has immediate ambitions for a Paralympic medal in Tokyo this year.

The pair are poised to be part of Australia’s largest ever table tennis team at the Tokyo Paralympics, and the squad has received a big boost to its preparations with an AIS grant aimed at assisting smaller sports.

The AIS Small NSO Infrastructure grant has delivered eight new San-Ei tables to Table Tennis Australia’s Paralympic squad, allowing athletes to prepare on the same surface they will compete on in Tokyo and future international events.

Di Toro says it’s a “game-changer” for the Para-table tennis squad, who have been restricted from international competition due to the COVID pandemic.

“Some of our athletes have been in apartments with no balconies and no windows and we’ve all had to experience this pandemic in a really different way,” Di Toro said. “So being able to have tables like these, that are the same as those we’ll be playing on in Tokyo, is a real advantage for us. We’re incredibly grateful.”

Eleven Australian athletes have already qualified for the Tokyo Paralympics, up from five athletes who competed at the 2016 Rio Paralympics. Tapper made history in Rio by competing in table tennis at the Olympics and Paralympics and the Commonwealth Games gold medallist is aiming to add a Paralympic medal to her collection.

“I’ve set myself the goal of a podium finish over in Tokyo,” Tapper said. “This is by far the biggest Australian team that I’ll have been on, so I’m really excited and can’t wait to see what we can do over in Tokyo.

“It’s really exciting that we get to play, train and compete on the new set of tables from the AIS grant that Table Tennis Australia received.

“The surface makes a huge difference. They can be fast, they can be slow, they can slide. The ball can stop and not come through. So a big part of the game is also being able to adjust to different tables that we play on. The tables are going to be a huge benefit for the entire squad and also emerging athletes coming through.”

A bonus of the AIS grant is that the Australian squad’s former tables have been donated for community purposes, giving others the opportunity to play the sport.

“Table tennis is one of the greatest sports in the world and everyone should have the opportunity to be able to play it. It is for all ages and all abilities, so with those tables going back out into the community, hopefully it might inspire a few more to take up the sport.”

RELATED: Get Involved in Para-sport. Find a Come & Try Day near you!

As Di Toro did. Di Toro took up table tennis five years ago after competing in five Paralympics as a wheelchair tennis player. The 46-year-old says she still feels “like a rookie” after one Games appearance in table tennis and she’s at least aiming to play on until the 2024 Paris Paralympics.

Asked if she had plans to retire, Di Toro laughed. “It might be pretty much when you’re coming to my funeral and saying nice things about me. Sport is part of my life, it’s part of my world. I’ll be doing it as long as I can.

“I’m on a 10-year journey and my goal is to be competitive for Paris … I wish I had come to table tennis earlier, it is a wicked sport. It’s so fun to play and it’s super challenging.”

The AIS Small NSO Infrastructure grant is aimed at assisting those national sporting organisations without the bigger budgets. A total of $2.5 million is available, with sports able to apply for up to $100,000 per project.