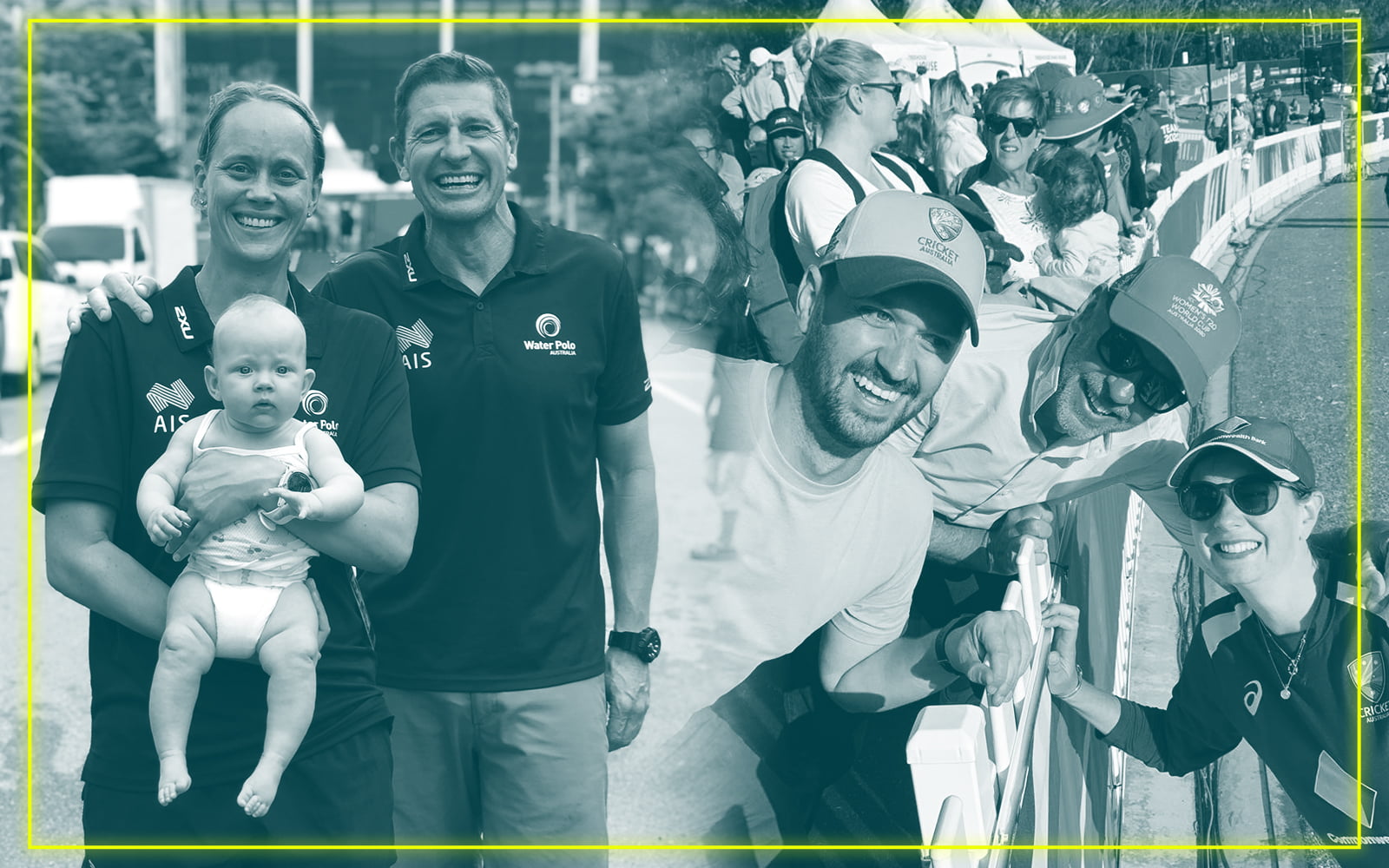 Athletes aside, the driving force of Australia’s Tokyo Paralympics campaign will almost certainly be two people who are more accustomed to performing their roles quietly in the background.

For any normal Games, the Chief Medical Officer’s aim is to keep athletes healthy and injury-free. That goal is unchanged but, for Dr Rachel Harris and Dr Philippa Inge, Covid-19 has added multiple layers of complexity.

Gender should be irrelevant. But it’s worth noting that leading Paralympics Australia’s medical planning for the most difficult campaign ever are two women who have earned their place on the Australian Team by rising to the top of a male-dominated domain.

“It’s hard to imagine we’d be doing this sort of work just a short time ago. When I joined Paralympics Australia, I certainly didn’t think a pandemic would be on the horizon and we’d have to deal with it.”

Harris has been Paralympics Australia’s CMO since 2019. She is a Commonwealth Games swimming gold medallist who honed her sports medicine expertise through roles with Australia’s elite rowers, cricketers, swimmers, AFL and water polo players.

In recent months, Harris has been joined by Inge, another star of sports medicine, whose experience extends across AFL, tennis, hockey, gymnastics and cricket.

“Sports medicine is quite a small medical specialty, but less than 25 percent of doctors are female,” Inge said.

“I’m a Melbourne girl, so I’ll use AFL as an example – it’s a male-dominated industry. When I first came into it, I wanted to work in that environment but it’s really a boy’s club – in the nicest way possible – it just becomes a perpetual cycle.”

“I’ve been very lucky in my career so far to have had some incredible female role models, including Sue White and Lari Trease, who’ve both worked with Paralympians. They showed me that, regardless of gender, you can put yourself in those positions. I think it’s really powerful.”

Kate McLoughlin, Australia’s Chef de Mission for Tokyo 2020, said Harris and Inge had a crucial role to play in keeping the Australian Team prepared and informed.

“I’m incredibly proud of the fact that our leadership team for Tokyo, including our talented CMOs, is made up of several strong women in key decision making roles. Each one has been awarded their position on merit and will work collaboratively with their male counterparts contributing to the diverse and inclusive culture that is inherent to the Australian Paralympic Team.”

Qualified as she is, Inge said the Tokyo Games would be the biggest challenge of her career.

“Most of my experience has been with cricket,” she said. “From a biosecurity-Covid perspective, we managed to put on the Australian summer, WBBL, that type of thing. But that was in a really controlled environment in Australia.

“What we’re looking at here is taking the Australian Paralympic Team into what’s quite a risky environment. Usually medical staff would be working quietly in the background and largely go unnoticed. Unfortunately, in a pandemic, it becomes forefront of decision making.

“It’s different at Paralympics Australia,” Inge said. “Being in the meetings about our planning for Tokyo, there’s probably more females than males. When I started down this pathway seven or eight years ago, I was very commonly the only girl in the room. So it’s already changing.

“I certainly found it a barrier when I started in this environment. I think there’s still a long way to go, but I think we’re slowly breaking it down in the sports med field.”

Like Inge, Perth-based Harris – who has a two-year-old daughter, Poppy – said she felt fortunate to have been supported by the organisations she’s worked for, being recognised for her expertise regardless of gender. She, too, was inspired by the work of former Paralympics Australia CMO Dr Trease, who was Harris’s mentor when she was a registrar at the Australasian College of Sport and Exercise Physicians.

“I feel like we’re standing on the shoulders of giants, with the women who’ve gone before us,” she said.

“It would be wonderful if everyone was on an even footing. But we’re still not. That’s why it’s important to recognise and keep pushing for equity in the workplace – whether it’s about females or other diversities in our population.”

For all their achievements in the field, no CMO has had to contend with the predicament facing Harris and Inge in coming months. Already, the work is hectic and intricate.

“We’re currently doing a lot of planning for pre-Games, during the Games and after the Games,” Harris said.

“Covid’s such an emerging and developing thing, so we’ve made a lot of plans which have had to change and we’ve had to start again.

“We’re trying to keep up to date with the latest developments, such as case loads, borders, things like vaccinations and how the roll out will work, what having the vaccines might do for our team and much more. We’re liaising with staff members and working with various team members. We’ve done some collaboration with overseas National Paralympic Committees, sharing knowledge. Also, we’re dealing with a lot of policies in the background and information to go to the Board.

“There’s a lot to it, but the work is made so much easier by having such a great team at Paralympics Australia, including such great leaders. I think Paralympics Australia has been able to be representative of what we are as a population. I feel really proud to be part of an organisation that reflects the community at large. There’s so much diversity within the organisational structure, including so many women in leadership positions.”