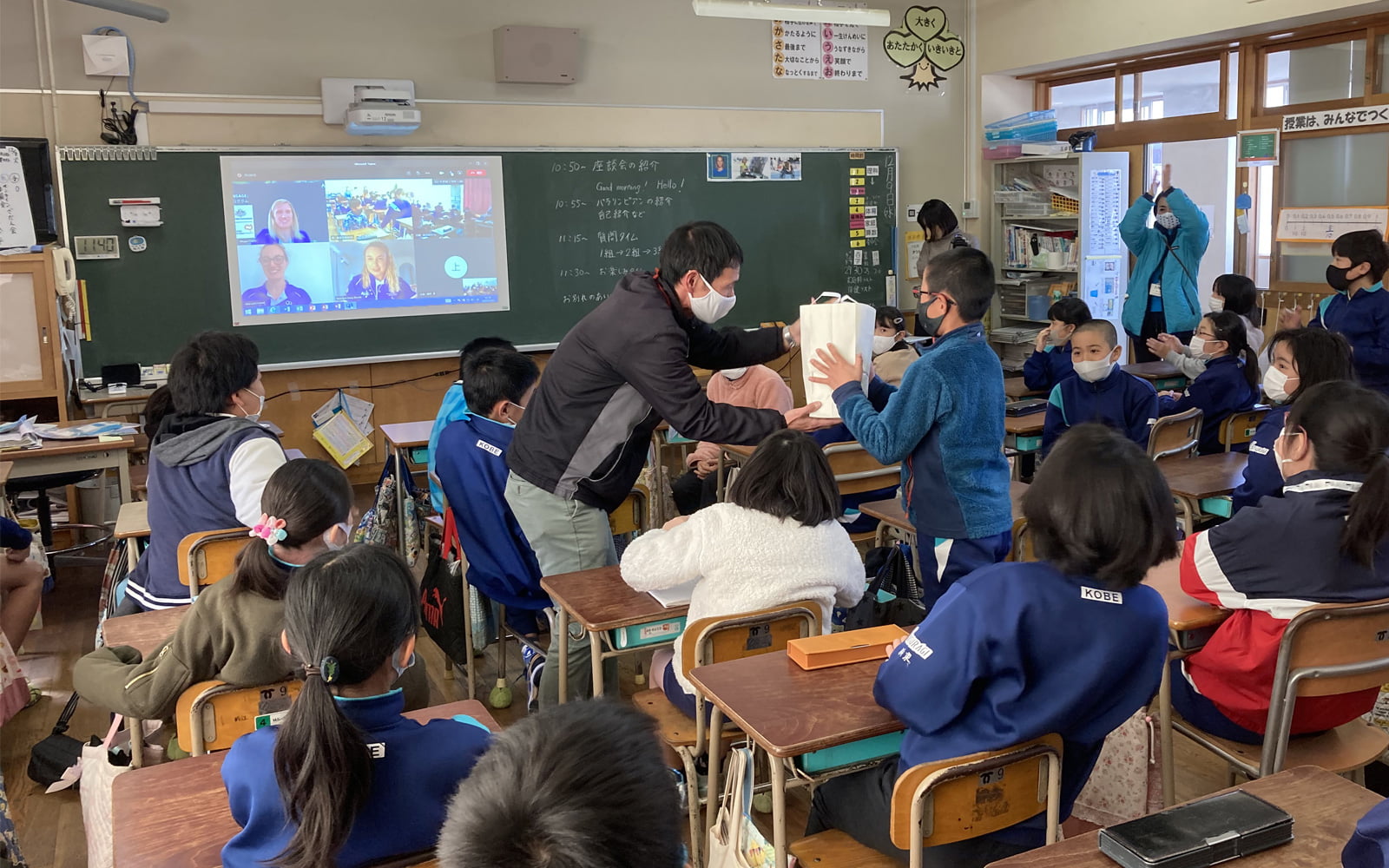 Australia’s Para-athletes are staying true to their commitment to school children in Japan, despite the rescheduling of the Tokyo Paralympics, answering questions, educating and inspiring students as part of Paralympics Australia’s ENGAGE program.

In-person sessions with classroom groups in Kobe and Chuo City in Tokyo had been planned. However, unswayed by the Games postponement and Covid restrictions, five of Australia’s top Para-athletes recently joined online sessions in which they shared their personal journeys and motivations for the Paralympics, which start on August 24. The ENGAGE program is supported by the Department of Foreign Affairs and Trade through the Australia-Japan Foundation.

Shortly afterwards, Rio Paralympics Para-table tennis player Melissa Tapper hosted a session with students from Harumi Junior High School in Chuo Ward in Tokyo. Chuo has a sister city relationship with Sutherland Shire in Sydney and space at Harumi school, which is less than one kilometre from the Paralympic Village, has been allocated to the Australian Team for use during the Games.

Paralympics Australia Chief Executive Lynne Anderson, who visited Harumi Junior High School in 2019, said the engagement program was one way of showing gratitude for the generosity of the locals.

“Throughout our planning for the Tokyo Paralympics we’ve built strong bonds with people and organisations in Kobe and Chuo, who have been so welcoming,” Anderson said.

“Those plans have had to change, but we remain committed to repaying their generosity through programs such as this, in which our athletes not only share information about their sports, but also their philosophies on life.

“One of the beauties of the Paralympics is that it’s much more than a sporting event. It’s an education in resilience and inclusion, and that’s something our athletes feel very passionate about. As we head towards the Games later this year, we will continue to foster and build such relationships, and continue to spread those messages, representing the best of Australia and working with our friends in Japan.”

After explaining her impairment and the way she became an elite sportsperson, Tapper – who represented Australia also at the Olympic Games in 2016 – gave the children an insight into her mindset, saying: “I’ll try and try again until the problem is solved. I refuse to stop moving forward. We have the opportunity every time something difficult is presented to us to choose how we respond to it.”

At the presentation in Kobe, Ault-Connell was asked if she felt it was “good to have a disability”.

“I think I would have had a good life, of course, even if my legs weren’t amputated because of bacterial meningitis,” she answered. “But I still have a really nice life with my disability. Many people, including myself and you, might think getting sick as a sad thing, but it’s given me a lot of opportunities and a loving, fulfilling and happy life.”