A Remarkable Legacy In Which Sydney Shines Brightest 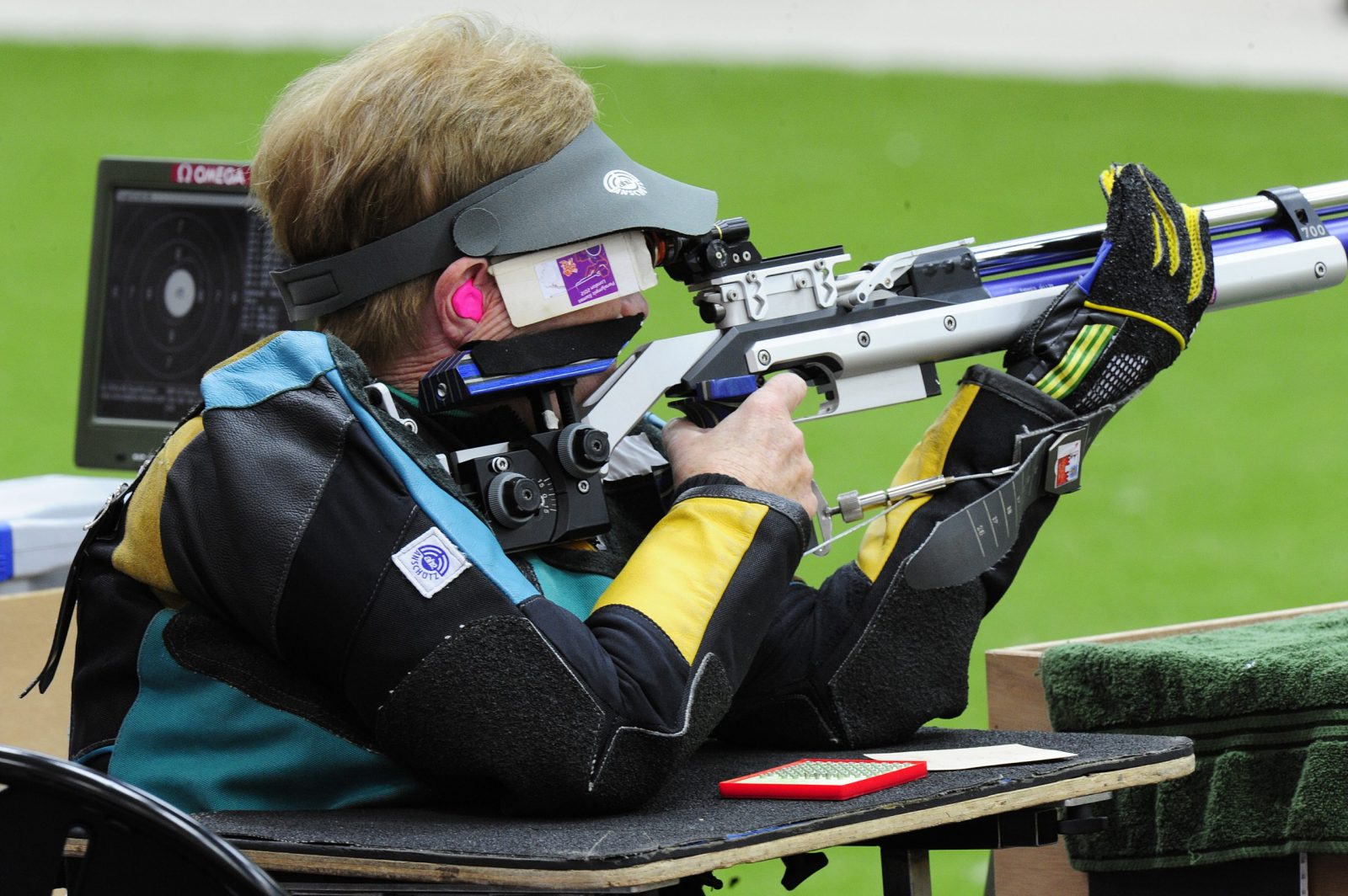 There are many reasons national treasure Libby Kosmala counts the Sydney Paralympics as the peak of her astounding 12 Paralympic experiences.

There were the fans who lined up for her autograph day after day and wanted to ask her questions about her impairment. There was the unbridled joy – and pressure – of performing in front of crowds bathed in green and gold. There was the unique experience of competing at the highest level alongside her husband, Stan (and finishing ahead of him).

Yet, the first thing Kosmala mentions when asked for her favourite memory of Sydney 2000 has more to do with utility than the magic that seemed to envelop the city between October 18 and 29 that year.

“We were very honoured, the Australian Team, to be placed in the Games Village very close to the dining hall,” Kosmala said.

“To me, it made the Games so much more enjoyable. We didn’t have to push up hills or anything like that, like in Rio, where I had to push 1.5k’s to get to the dining room to have a drink or some dinner. So that was a really big thing for me.

“It was also lovely to be very close to the transport. And, it was just nice not having to travel thousands of miles to get to a competition.”

For a standout memory, being close to the buffet might sound trivial. But for 78-yearold Kosmala, having competed at every Paralympics between 1972 and 2016, it’s an indicator of how far the Games and respect for Paralympians had developed by the turn of the century.

“Well, you have to remember, in the early years the accommodation for the Paralympians was in a very different place,” she said.

“At my first Games, in 1972, although it was in Germany, our competition was in a completely different city. We were in Heidelberg, but the Olympic Games were in Munich, so there wasn’t any such thing as a Village for us to stay in.

“In Beijing the accommodation was very good. But, before Sydney, things were quite different for the most part, and not as good.”

Despite being housed close to the dining hall, Kosmala’s shooting competition was at Cecil Park, about half an hour’s drive west of Sydney Olympic Park. It was there that the nine-time gold medallist savoured some of the other wonders of Australia’s first Paralympics.

“The stands were filled up with people, unlike at the other Games I went to,” she said.

“I remember at some of the Paralympics, there were our athletes circling around the track and no one was clapping or cheering, no one was there to watch, which I always thought was sad. The atmosphere in Sydney was totally different. It was amazing, every single day.

“I think it was very smart the way the transport was organised. They had all these busses go out and pick up school children from all over NSW and shift them back to the venues so they could all have a little look at what disabled people could do in sport.

“It was a great educational idea and it was a great feeling for us to be competing with them all watching on. It really gave a wonderful atmosphere for the participants.

“Some of those children would get up at 4 in the morning, get on busses and come to the arenas for 9 o’clock, stay all day and then be shipped back home late the same night. It happened day after day. It’s the first time I could recall that happening. It was a very clever move.

“I’d do my competition and then I’d be signing autographs for the kids, saying hello to them, answering their questions. ‘Why are you in a wheelchair? What’s wrong with your legs?’ They wanted simple answers and I gave them that. I thought it was great that they wanted to talk to people who were disabled and learn about it and get to know us.”

With an incredible career spanning 12 @paralympics (1972 – 2016) and 2 sports (#ParaSwimming and #ParaShooting), Libby Kosmala has announced her retirement. . Libby, thank you for the memories and your contribution to the Movement 💛💚 . #ReadySetTokyo #AusAdapts #Paralympics #ParaSport #WaitForTheGreats #LibbyKosmala

Kosmala didn’t add to her personal medal tally at Sydney. But she did manage to beat her husband Stan when they competed in the air rifle prone, the first time they had competed in the same event.

“He’d been to two other Paralympics, but he was in different events to me,” Kosmala said

“Still, they kept us apart. Stan was at one end of the range and I was on the other, which was probably a smart move by the organisers! When it was all over, naturally, we got together. Stan had shot the best he’d ever shot, so he was very happy. Unfortunately, I missed out on a medal by a close margin. But it was great to compete with him.”

In fact, by the Games’ end, the whole Kosmala family was involved. Son James had finished school in 1999 and wanted to travel from Adelaide to be part of the Olympics and Paralympics.  Kosmala was acquainted with the venue manager for the archery, Terry Reilly, and contacted him to see if there was an opportunity for her son to volunteer.

“He said, ‘I need someone like James over here now’,” Kosmala recalled. “So, James went across and stayed for six months and had a wonderful time. He really enjoyed organising and running the archery with everyone else. He really grew up during that time and learnt a lot.

“Then, my other son, Luke, who’s four years older than James, came across for the Closing Ceremony, so all four of us were there. It was a wonderful night.”

Kosmala retired from competition in September this year, leaving a remarkable Paralympic legacy. When she looks back on her career, the Sydney Games shine brightest.

“People still talk about it all around the world. We certainly did blow their minds. They all thought it was unbelievable.

“People came from all around Australia, too, and they all said the Paralympics was much better than the Olympics. They loved it. It was a feather in everyone’s cap, all the athletes, officials, judges, everyone.”