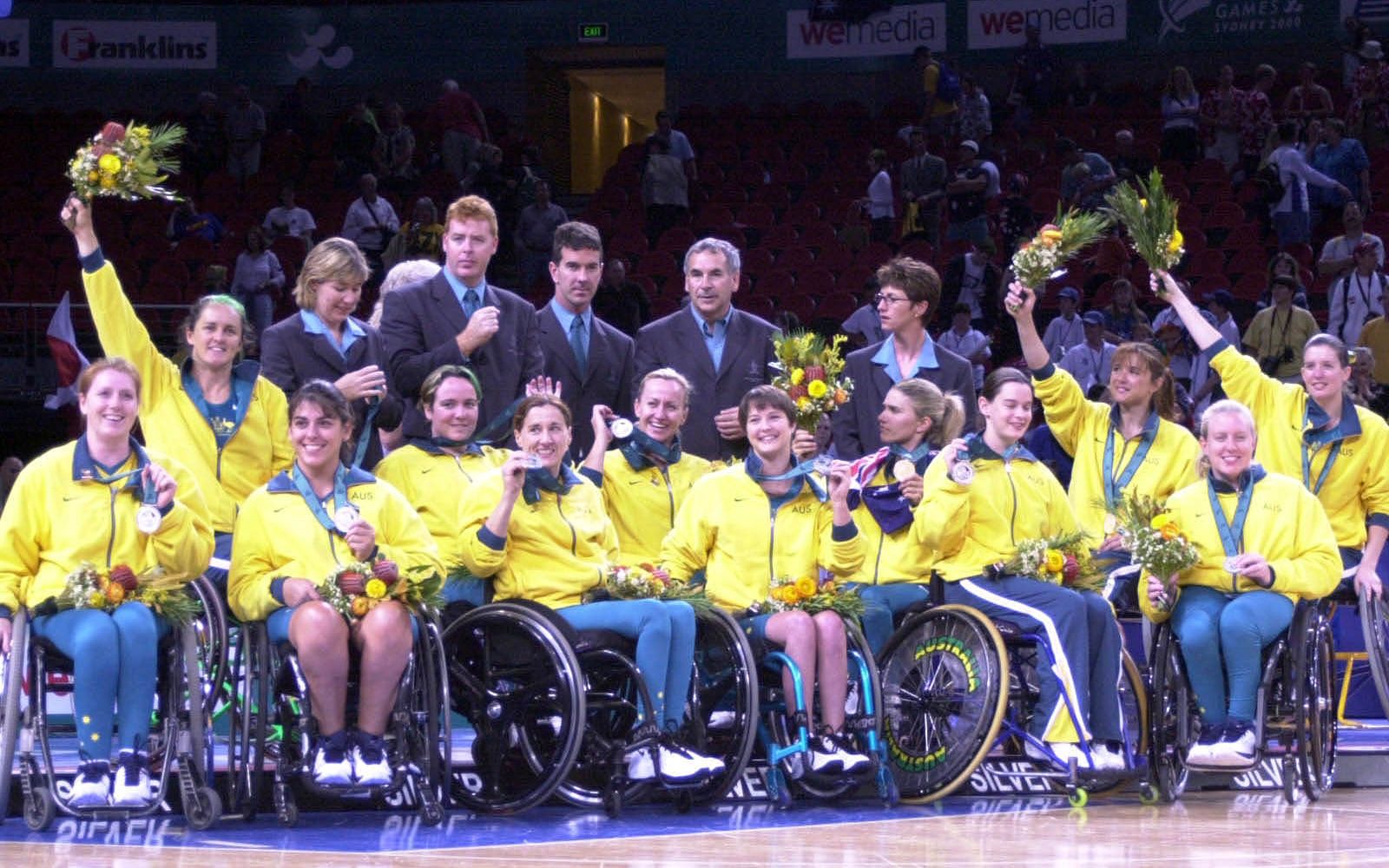 Australia’s women’s wheelchair basketball team, the Gliders, progressed through the group stage undefeated and accounted for Japan in the semi-final, setting up a gold medal showdown with Canada on this day 20 years ago.

The result in the final was not as they’d hoped – a 46-27 loss – but their silver medal goes down as the Australian women’s team’s first medal in Paralympic competition.

“Memories of that final game against Canada, for me, is like trying to claw my way up a cliff,” Gliders team member Liesl Tesch said.

“I remember the game sliding away from us and we weren’t able to do what we needed to. We just didn’t have enough international experience. We were so isolated and, at that stage, international opportunities weren’t there.”

In the years that followed Sydney, the Gliders stayed a genuine force, capturing silver in Athens, bronze in Beijing and silver in London.

Elsewhere, as the Sydney Paralympics entered their final stretch, our three-person Sonar team sailed to victory on Sydney Harbour. The Team, consisting of Jamie Dunross, Graeme Martin and Noel Robins, won three of the nine races to emerge at the head of a very even fleet and a fierce last-race contest with the crew from Germany.

It was the late Robins’ only Paralympic medal, after he had skippered the Ben Lexcen-designed yacht Australia in 1977 in the America’s Cup and was a crew member in 1980. Dunross, meanwhile, in 2010 became the first person with quadriplegia to circumnavigate Australia unassisted.

There was more gold for our Team in road cycling, with Peter Homann winning the Road Race Div 4. Equestrian Julie Higgins claimed the second of her Sydney 2000 gold medals, with victory in the Dressage freestyle test grade III and Tim Sullivan kept up his winning ways, taking gold in the 400 metres T38 at the Para-athletics.

Wheelchair tennis delivered when David Hall and David Johnson won silver in men’s doubles. Hall would play-off for the gold medal in the singles title the next day, as would our women’s doubles pair of Danni di Toro and Branka Pupovac.