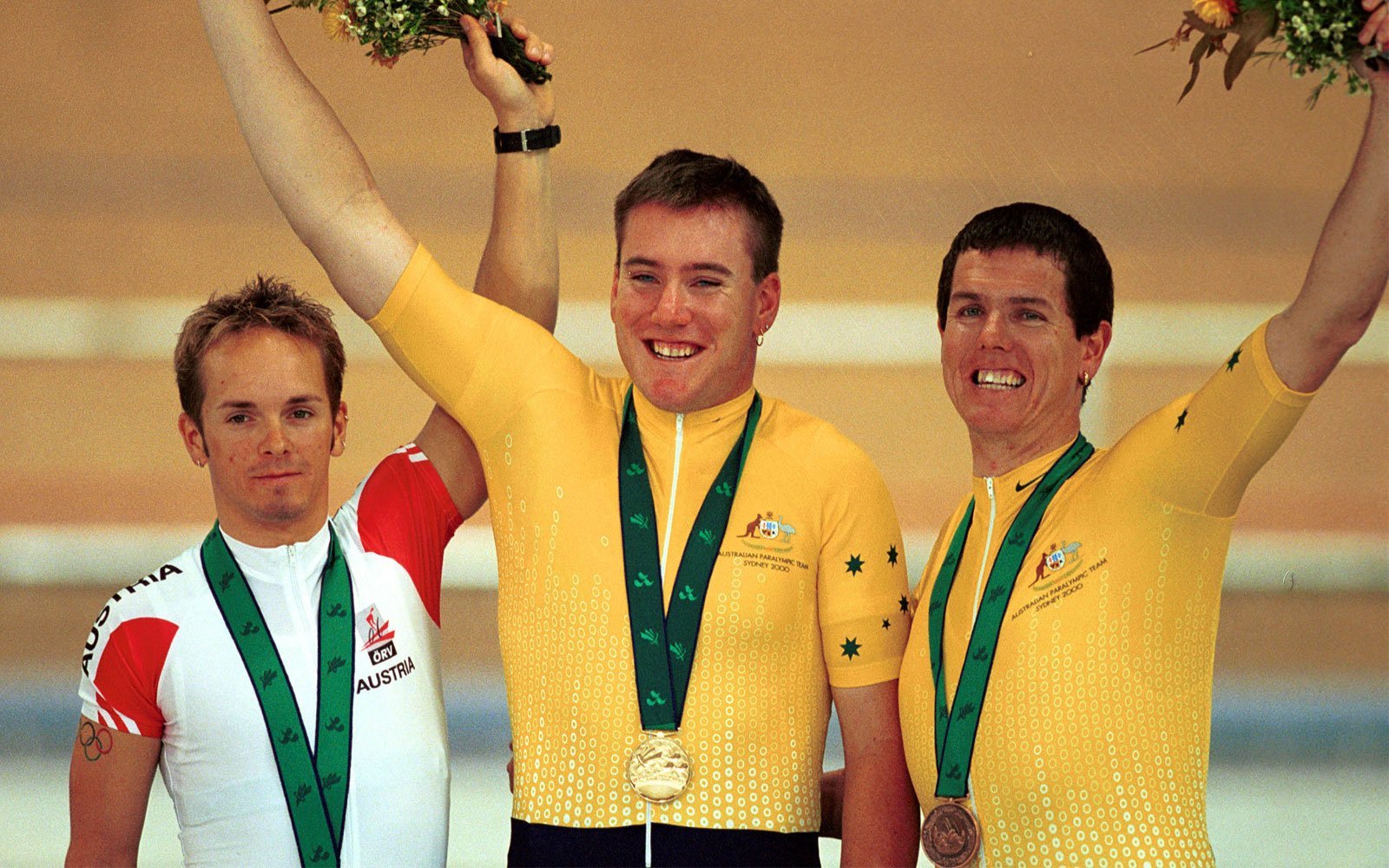 Australia’s golden start at the Velodrome

The thrill of the Opening Ceremony the night before was still rippling around the world when Australia began celebrating our first gold medallist of the Sydney Paralympics.

It came by mid-afternoon on Day 1 of competition when Western Australian Para-cyclist Matthew Gray claimed victory in the LC1 1 kilometre time trial.

Gray was a silver medallist from the Atlanta Games and a reigning world champion, but he faced a nervous wait after his ride to see if his world record time of 1:09.929 would be enough to see off the challenge from Austria’s Wolfgang Eibeck. When Eibeck came in with a time of 1:10.962, Australia’s first champion of the Games was confirmed.

Of the venue for the Para-cycling competition, the Dunc Gray Velodrome at Bankstown in south-western Sydney, Gray said: “It’s one of the best I’ve ridden on. The track is just so smooth. We’ve got a wooden track at home in Perth, which is really good. But this has got no transition, it’s so smooth.”

Gray shared the podium with Eibeck and fellow Australian Paul O’Neill, who won the bronze medal.

Elsewhere, our men’s wheelchair basketball side, the Rollers, started their campaign with a 64-36 win over Japan, while shooting, judo and table tennis each got underway.