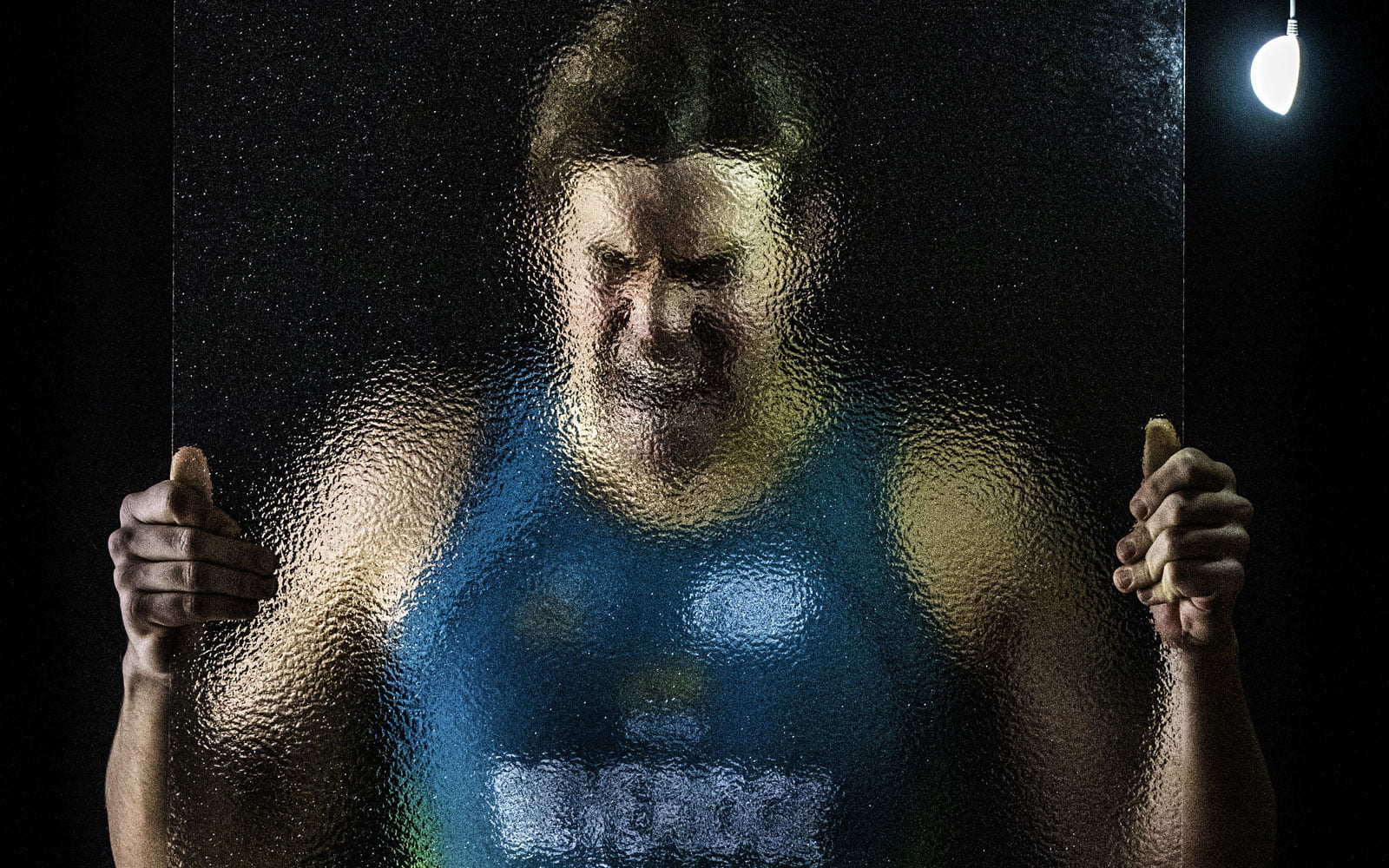 This article originally appeared in the August edition of The Australian Paralympian magazine – an AUS Squad member exclusive. To read more from the magazine, join AUS Squad. Already a member? Sign-in now.

In one photograph, Nic Beveridge’s intense frustration is dramatically captured. Yet, the story behind Delly Carr’s powerful image is as much about friendship and trust as it is an insight into how our Paralympians feel about the postponement of the Tokyo Games.

Carr is a highly respected photographer who has worked at countless Para-sport events as well as nine Olympic Games. Utilising his deep understanding of what makes athletes tick, he set out to illustrate that the effects of the postponement are more profound than many may have thought. The result is a stunning collection of pictures titled ‘Athletes Are Not OK’.

Four Para-athletes are among the 17 Tokyo hopefuls Carr photographed. But it is the image of Beveridge – a beautifully lit shot of the Para-triathlete grimacing behind a barrier of frosted glass – that encapsulates the special link shared between the pair.

“Just under three years ago I had a stroke,” Carr said.

“I was out of work for six months, in rehab and such, trying to get my left side back in shape. I was fortunate that a lot of athletes checked in on me around that time, but Nic and a lot of other Paralympians I’ve worked with really all came to the fore. They were sending me messages of encouragement – almost bombarding me with encouragement – to help me battle through it and get back to work.

“When Nic found, out he sent me lots of papers and books about rewiring the brain and about being positive in situations like that. We had a few chats in that time as well.

“I read all the literature he sent me and it helped me cope with the rehab. We’ve had a nice relationship since then, we see each other a fair bit at his triathlons and, where we can, we’ll sit down and have an orange juice and a chat.”

There are many talented photographers in Australia. But it’s likely that only with Carr would Beveridge have been so candid.

“I’ve known Nic for a long time, he’s a lovely guy and is friends with everyone,” Carr said.

“You don’t put the words ‘Nic Beveridge’ and ‘angry’ in the same sentence. So I’m blessed that he was so honest with me and revealed what he really felt about this big mess and all the uncertainty about getting to the Paralympics. I loved Nic’s reaction, the frustration and confusion he showed, all the wondering he went through about ‘Do I continue or not?’

“In the end, he also talked to me about the isolation being a good thing because it’s helped him fall in love with training again and put him back into a good mindset.”

The upheaval Carr knew Beveridge and other athletes were going through prompted him to undertake the project, which cannot be displayed in a gallery due to social distancing rules, but may be publicly shown around the time of next year’s Games.

“You think of athletes as ‘faster, stronger’, mentally tough superhumans. But they’re just like you and I. They had something so dear to them taken away and I think most people probably thought ‘Oh, you’re an athlete, you’ll get over it, it’s just sport’. But that’s not the case. Their dreams and goals were smashed. That was the whole premise for this project.”

The COVID-19 pandemic has thrown up some very unexpected challenges for the broader Olympic community. I set to capture this unique moment in time, documenting the rollercoaster of emotions that our Olympic athletes felt on the day their Olympic dreams shifted. I quickly realised that Athletes Are Not OK. They told me how their family friends and the general public didn't quite get what the postponement of Tokyo meant to them. There was heartbreak and heavy sadness. Today, on what would have been the Day 1 of the Tokyo Paralympic Swimming programme …. Ellie Cole: "It took quite a while for the news to sink in for me. I quickly realised that the world was hurting and the postponement was a reflection on how serious the COVID19 pandemic was. I felt sadness for the world and sadness for my fellow athletes that had put their life on hold to train for the Games. It was difficult to be positive as I felt like there were no positives to come out of the postponement and the pandemic. It's been very difficult." Tim Hodge: "My first reaction was shock, primarily because of the seriousness of the decision, and the realisation that I would have an extra year to go until I would be able to make my second team, and that all the decisions I had made to focus on my ultimate goal of making the Paralympic team this year had been made redundant. It was also slightly upsetting to think that my all my training at the beginning of this year would be significantly less valuable in my Paralympic preparation. Initially, it made me quite confused, and a bit sad too." @nikonaustralia @subaruaustralia @goactiveoutdoors @tokyo2020 @olympics @ausolympicteam @ausparalympics @swimmingaustralia @dolphinsaus @elliecoleswim ❤️ @timhodge284