Steelers Welcome Bondy And Edmo To The Father’s Day Club 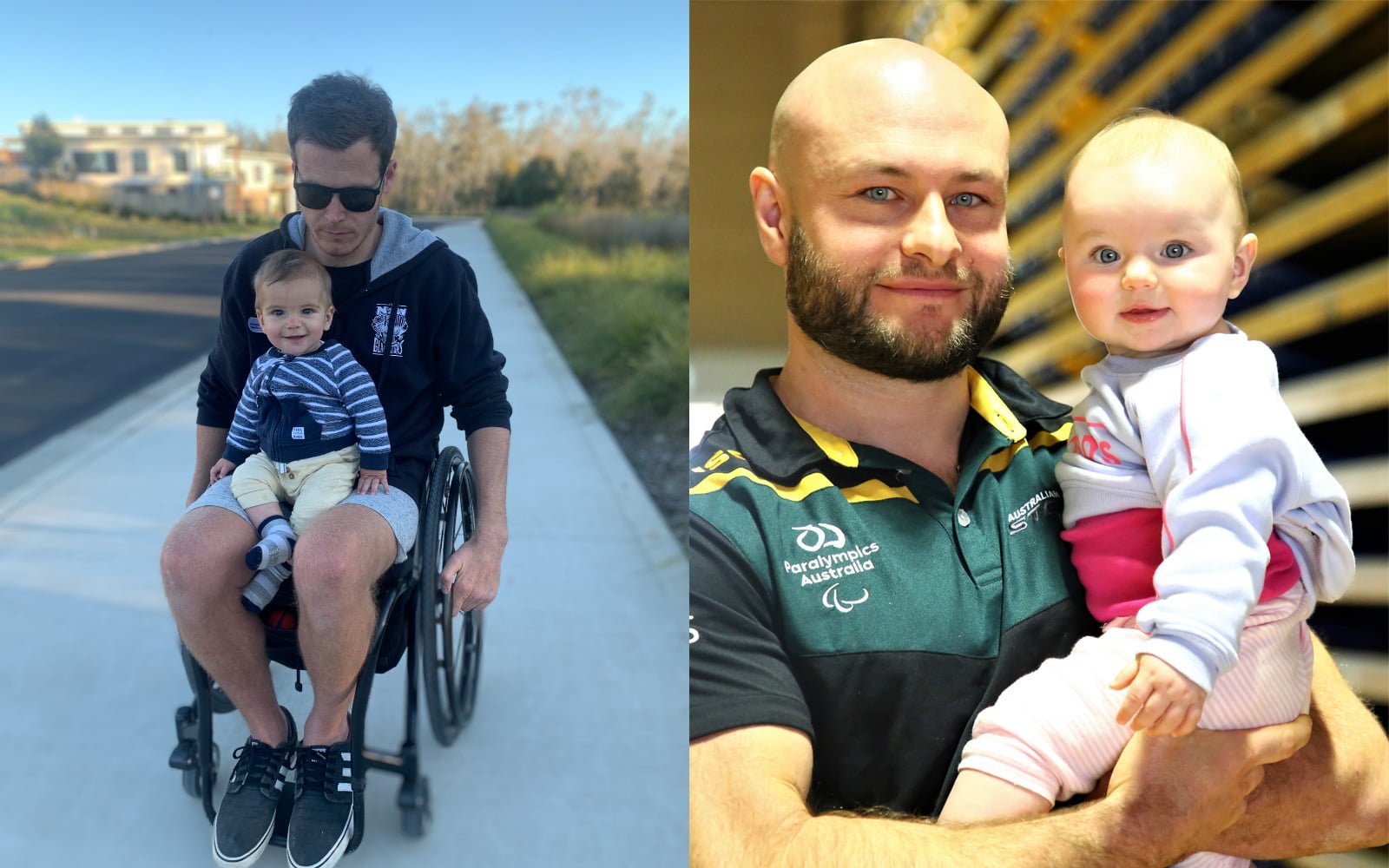 Times have certainly changed in the Australian Wheelchair rugby team.

The nucleus of the Steelers side that won the gold medal in London in 2012 and Rio in 2016 remains. But, where they once looked forward to letting their hair down after competing, these days several of the players are more interested in things closer to home.

“There are a number of guys in our Team who are parents now,” 3.5 player Chris Bond said.

“It’s gone from when I first joined the Team, all the talk being about girls and going out and whatever, to most of us now being partnered up and having kids. When we were overseas, we’d often all go out after our competition, but now it’s ‘Let’s go back and Skype with our kids’.”

This will be Bond’s first Father’s Day with wife Bridie and their daughter Victoria, who was born last December. Other players in the Team with children are Jason Lees, Jayden Warn, Andrew Harrison and Jake Howe. Ryley Batt is stepfather to two daughters and Mick Ozanne is due to join the fathers club any day now.

Like Bond, teammate Andrew Edmondson is set to celebrate his first Father’s Day, after he and wife Caterina welcomed baby Carter to the world a week before Bond’s baby Victoria was born.

“There were plenty of text messages sent around the time of their births and, even today, we’re in touch with each other a lot, discussing all the developmental milestones our kids are going through. It’s been nice,” Bond said.

“We support each other whenever it’s needed and our kids tend to get along famously when we’re together. It’s nice to see all the mini-Steelers getting around.”

As any parent will tell you, life is never the same after little ones join the party. It’s no different for our rugby stars.

“Apart from the obvious, being that there’s a lot of work to do, being an elite athlete you’re often very focused on yourself. It’s all about you and your preparation for what you’ve got to do in your sport. A lot of the time, wives and girlfriends cop the brunt of that,” Bond said.

“But things are different now. Victoria’s our world. From the moment we get up, it’s all about what she needs first and we make sure she’s getting as much attention and care as we can give her.

“I still have to go off and do what I need to do. I’m away most of the day at work and training. But, when I get home, I always try to spend as much time as possible with her.

“She’s at that age now where she can say ‘Dadda’ and she smiles when she sees you in the morning, so it’s very rewarding.”

Bond, 34, isn’t sure what’s in store for Father’s Day in his household, but he suspects Bridie and Victoria “are cooking up something special”.

“Whether it’s going out for lunch or dinner or something, it’ll just be really nice to have a day like that to reflect on that part of my life.”

For Edmondson, the postponement of the original date for the Tokyo Paralympics was “a blessing”, which allowed him to spend more time with his wife and son during Carter’s first year.

“There are so many things that happen, so many changes that happen in a short space of time at this age, so I’ve really loved being at home to see all that.”

Edmondson, 30, admitted he hadn’t thought much about his first Father’s Day.

“It’ll be nice for my son and my wife and a few other people around us who know it’s my first Father’s Day. People have asked me what I want to do that day and, really, the best thing will be to just spend time with my family.”