I Didn’t Realise How Proud He Was Of Me 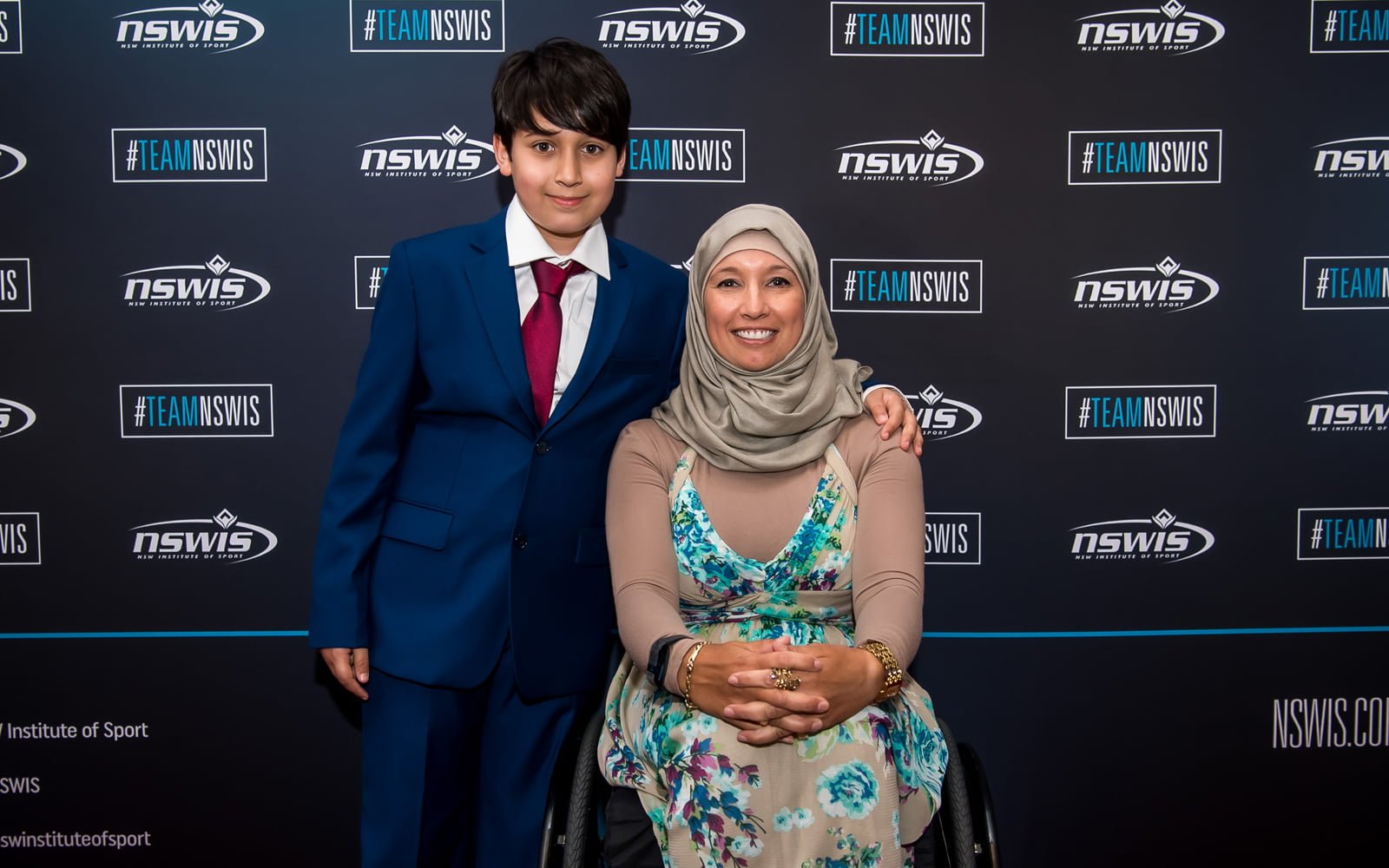 The following extract is from the August edition of The Australian Paralympian magazine – an AUS Squad member exclusive. To read the full story and more from the magazine, join AUS Squad. Already a member? Sign-in now.

The decision was easy. Even though Ameera Lee was thrilled to attend the NSW Institute of Sport Awards with her fellow Para-archers, she had good reason to make her son the focus of her night. After all, it was 11-year old Huthaifa who got his mother into Para-archery in the first place.

“As a single parent, working full-time and managing my MS (multiple sclerosis), I’d kind of given up on myself,” Lee said.

“It sounds negative but I thought ‘This is what I’ve got, so I’m just going to focus on my child’. I’d forgotten about myself as an individual. But, when we tried archery, I just loved the feeling of being out in the open and feeling motivated to do something I found I enjoyed.”

Lee wanted Huthaifa to try different sports. During one of their regular weekend swims at Sydney Olympic Park Aquatic Centre, she saw an advertisement for a school holiday archery program.

“I took him along to it and they said parents could try it as well. So, we did it together – but I was the one who got the bug. And I haven’t looked back.”

In the five years since, Huthaifa has been his mum’s number one fan, cheering for her at competitions, offering her encouragement and even joining her for home-based training sessions during the Covid-19 shutdown.

In return, Lee – who in training recently shot world record scores in the W1 classification – has been an incredible mother, teaching Huthaifa strong values, making every effort to help him understand her condition and ensuring she’s shown appreciation for his support.

“When we went to the NSWIS Awards, I wanted to make the night about him, so we went out and got him a nice suit of his choice. He ended up having such a brilliant night and he hasn’t stopped talking about it since. He keeps asking me when the next one is!

“I try to teach Huthaifa to be worldly, to look at things holistically. I think, that night, he saw all these different people there from different walks of life and what people are capable of. It was a real eye-opener for him.

“Since then, he’s been telling everyone how proud he is of what I’m doing.

Sometimes I want to have a day off archery and he’d say ‘No, mum, it’s important to keep doing what you’re doing’. I thought ‘Wow!’ I hadn’t realised the impact it was having on him and how proud he was of me.”

To read the full story and more from the magazine, join AUS Squad, it’s FREE!