Shadwell honoured to be living her dream 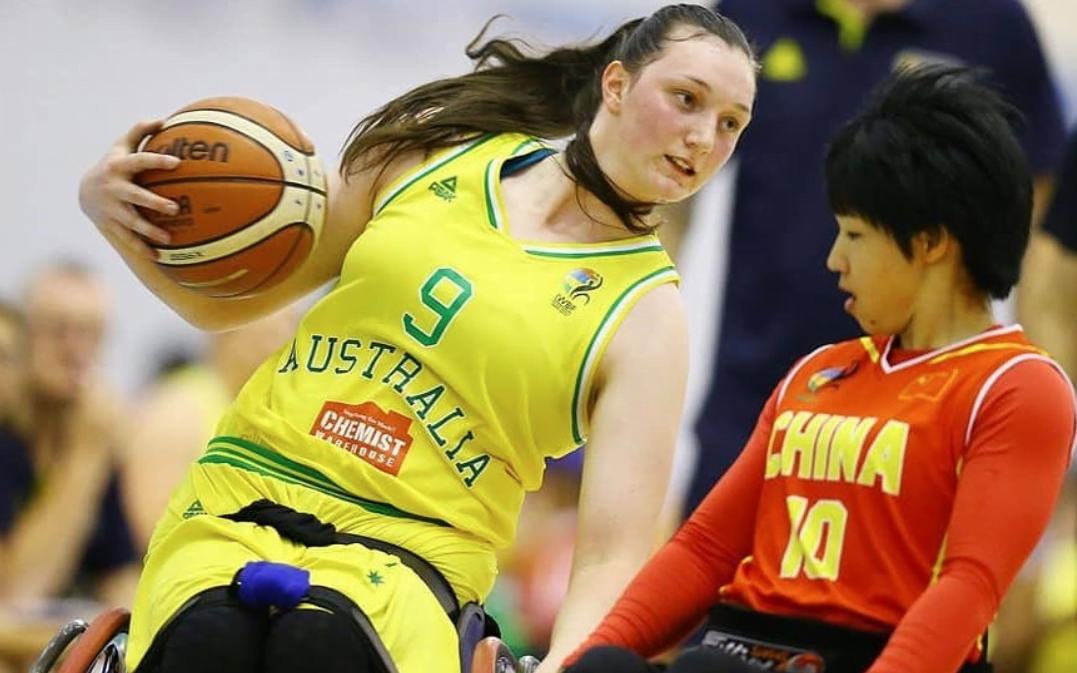 Teisha Shadwell began her basketball career like many others, following in the footsteps of her older siblings. She worked her way from domestic under 8’s to representative under 14’s, playing in the top team for her club and even taking home the gold at the National Championships.

“We all played representative basketball, and were fairly active in all school sports,” Shadwell said. “I had always hoped one day that I would be wearing the green and gold, and strived for this every time I trained and played. That was always the goal I was working towards, but you don’t really know if you are good enough until you’re there.

“When I was eight, I decided to try out for representative basketball. Unfortunately, I did not make it, but I did not let that stop me. I worked harder and made the under 12’s fifth [representative] team when I was nine. After my third season in under 12’s, I finished with a grand final win, MVP [Most Valuable Player] and captaincy. This pushed me even harder to achieve my goal of representing Australia.

“Over the next 12 months, I continued on my pathway of working hard, which saw me fortunate enough to be accepted into a sports academy for secondary school and selected for multiple state teams. After a lot of hard work, I was able to tick off a lot of boxes including, in 2016, making the 14’s first team in my representative club and competing at the under 14’s National Championships with the team.”

It was in the months leading up to the Championships that Shadwell first noticed the pain in her feet. She played through it, only beginning to ask questions once the gold medal game was done and dusted; with those questions, came scans, and X-rays revealed she had been playing on navicular fractures for six months.

Over the next year, Shadwell wore plasters and boots to try to heal the fractures, but these ultimately proved futile. Eventually, she had surgery, but complications causing damage to the nerves meant her dream of playing basketball for Australia had been shattered. Or so she thought.

“I struggled with the news, but I didn’t want to this to be the end, so I jumped online and found out about wheelchair basketball – and before I knew it, I was out back on the court all over again … the only difference was that I was in a wheelchair.

“I decided I was going to train hard and continue the goals I had already set, and before I knew it, I was flying around Australia playing [in the Women’s National Wheelchair Basketball League (WNWBL)]. I didn’t think it could get better than that.”

And now? Shadwell is an official member of the Australian Gliders, the women’s wheelchair basketball team.

“I’m training more than ever to reach one of my major goals in my life – to represent Australia at the Paralympics – and every bit of hard work is worth it. Every time I put on the green and gold jersey, with the word ‘Australia’ written across my chest, and get to be beside my team singing the national anthem, I am filled with so much pride.”

“She’s an incredible talent – she’s a natural rebounder who also has the ability to put the ball on the floor and push the fast break. She’s also a very talented passer of the ball, which her teammates love.

“Initially quiet, which is not surprising given she is only 17, she really came out of her shell in Thailand, where we played the qualifying tournament [for the Tokyo 2020 Paralympic Games]. Teisha started every game and really started to come into her own both on and off the court, and as she continues to feel more comfortable at the international level, I think we all see a long and successful career for her.”