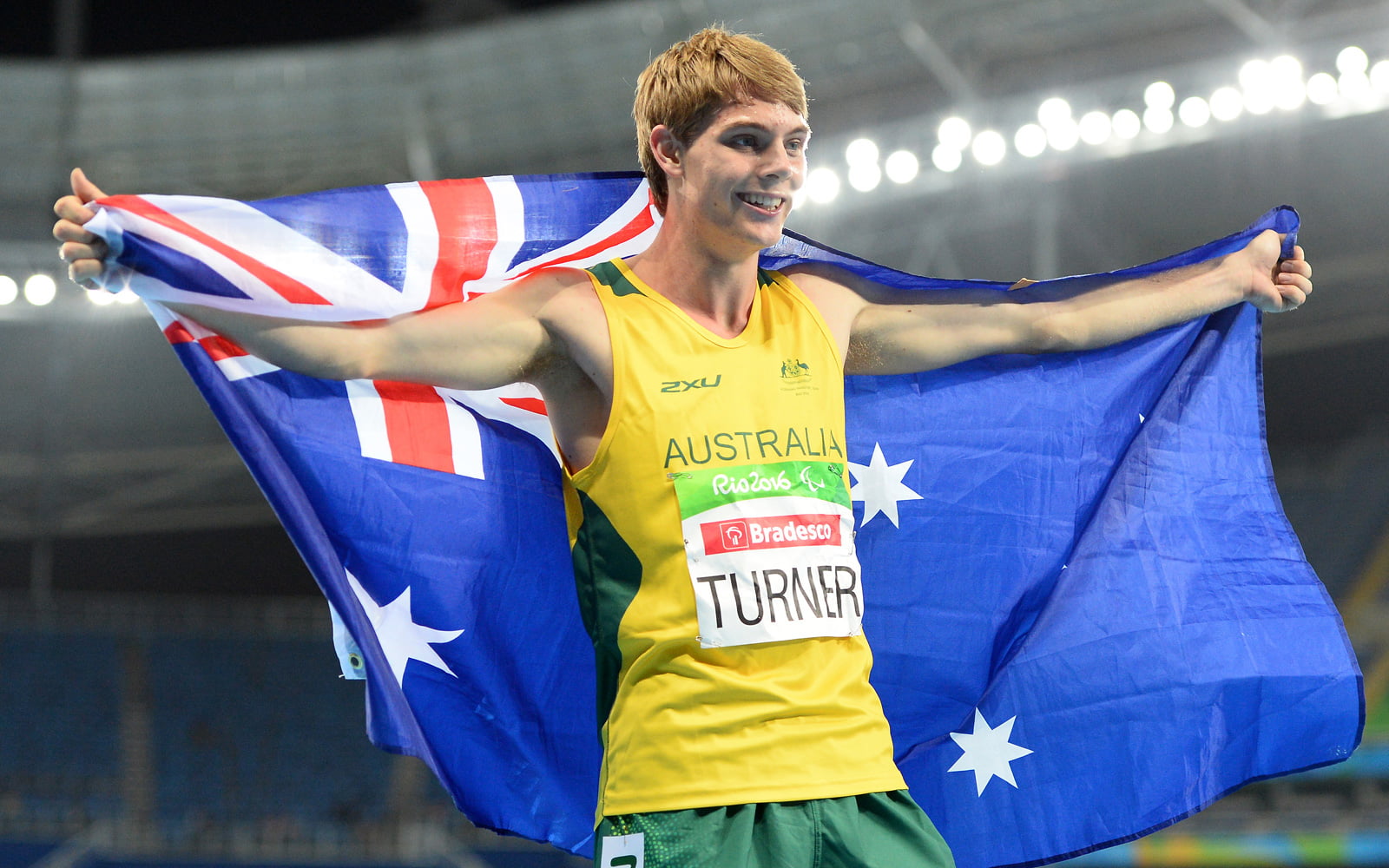 By popular demand, this #ThrowbackThursday we wind the clock back to 17 September 2016.

A Saturday like any other for most, it was on 17 September 2016 that James Turner launched his international track career.

He had just one race to contest at the Rio 2016 Paralympic Games, but one race was all it took. One race to win gold. One race to propel him to international superstardom.

From the moment the gun sounded in the men’s 800m T36, it was Turner’s race to lose. He pulled out to an early lead, leaving the reigning world champion, Paul Blake (GBR) in his wake, and extended it as the bell sounded at halfway.

“Surely this bloke is going to run out of gas?”

Yeah, we thought so too.

He dug deep, pushing out to an even greater lead, to cross the line in 2:02.39 – more than seven seconds ahead of his nearest rival – and obliterate a world record that had stood since he was 12.

Incredibly, Turner had been a bit of an unknown quality in Para-athletics prior to winning gold. He was an Australian representative in football 7-a-side and only made the switch to the track when the Pararoos missed qualification for Rio.

“To be honest, I didn’t know how much of a lead I had. I just focussed on the track in front of me – putting one foot in front of the other. I think I did alright!”

I want to take this moment to thank everyone that made this possible: Coaches, Physios, Management Staff, Team Mates, Supporters, Friends and Family. Your aid has been invaluable to me.

It was the race of a lifetime, and one which rightfully earned Turner the title of Paralympics Australia’s 2016 Rookie of the Year.