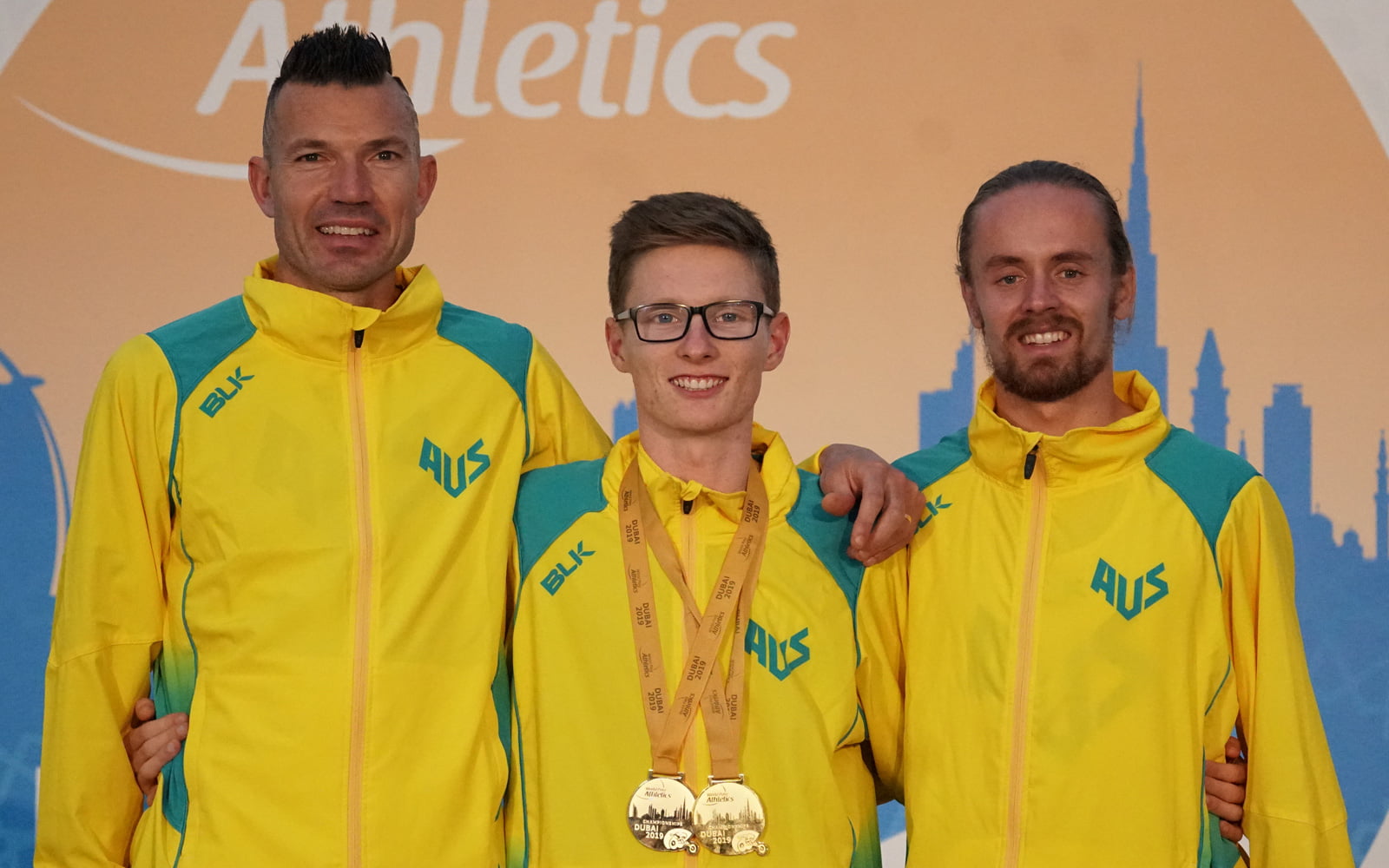 By popular demand, on this #ThrowbackThursday let’s relive Jaryd Clifford boldly announcing his arrival as the new star in middle-distance running by winning two gold medals at the 2019 Para-Athletics World Championships in Dubai, UAE.

First up was the men’s 1500m T13 – remember when four Paralympic athletes made headlines in 2016 because the times they posted would have won them the Olympic gold medal? Yes, that race.

So even as the reigning world record holder, Clifford knew he was up against the best in Paralympic history. The world title would be no easy get.

Holding second place over the first 400m, he stretched out to a small lead with Russia’s Anton Kuliatin. A good start. Over the next 400m, the pack started to make up ground. Clifford held second place, but only just.

Or so we thought. From the moment the bell sounded to mark the final lap, Clifford somehow found another gear and accelerated. He took the lead immediately, keeping Kuliatin – and the reigning Paralympic champ, Abdellatif Baka (ALG) – at bay, and crossing for his first world title in a new world record time of 3:47.78.

“I heard them coming and I thought I was going to get caught,” Clifford said in a post-race interview. “I was thinking I might have gone a bit too early and may not have enough over the last 100m.

“But when I crossed that line, it was an unbelievable feeling – a crazy feeling. I just couldn’t believe it.

“I’ve been waiting for this moment since I can remember. I’ve seen my training partners win gold medals and I wanted to join them.”

And once that moment arrived, it was like opening a floodgate.

This time around, it was in the men’s 5000m T13, and shared with his two sighted guides, Philo Saunders and Tim Logan.

Taking turns, they run alongside Clifford holding a tether – a short rope with a loop at either end for the athlete and their guide to grip as they run.

“That is something I didn’t think I was going to hear at these Championships. We were attacking this to see how the guiding worked leading into Tokyo. I think it bloody well worked!

“This is what we’ve been working towards for two years. I’m just so relieved and happy that it’s paid off.”

“He keeps proving every race what an amazing athlete he already is – and he’ll keep improving. It was so good to be a part of it.”

By Lauren Robertson
Posted: 30/04/2020
Photo with thanks to Michael Angus / Athletics Australia