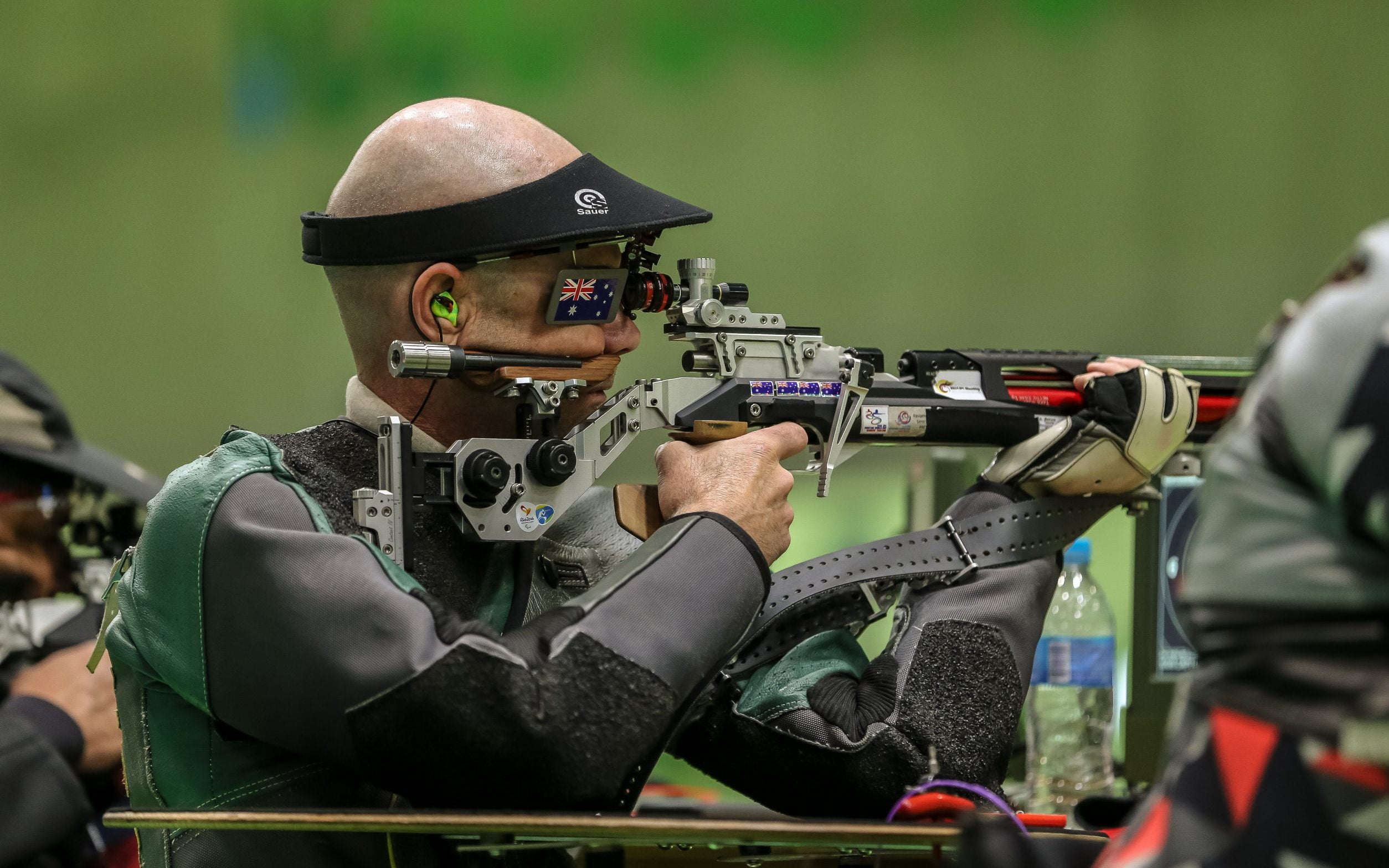 Perth Para-shooter Anton Zappelli has started the World Shooting Para-sport Championships in Sydney, NSW, with a bang, claiming silver on day one of competition.

The 2016 Paralympian secured his first medal at a major event in the mixed 10m air rifle prone SH1, finishing with a score of 252.9, just 0.3 behind newly crowned world champion Matt Skelhon of Great Britain.

“I’m a little bit in shock actually,” Zappelli said, of even making through to the finals, after scraping into the top 8, by just 0.1 of a point in the qualifying rounds.

“I haven’t really processed what it means to win silver. I was feeling reasonably confident in the final, but I got the odd shot that wasn’t quite right and it rattled me.

“I’ve actually had a few problems with this rifle since last Friday (4 October), and there wasn’t a lot I could do before World Championships started, but I fixed it with the old band-aid effect and crossed my fingers. I feel really lucky to come back with a half-decent shot to win silver.”

In other results today, two-time Paralympian Natalie Smith placed 32nd in the same event with a score of 628.5, with Glen McMurtrie coming in 63rd in the field of 70.

Bundaberg’s Chris Pitt missed out on a finals berth today, finishing 18th in mixed 25m pistol SH1, while Rohan Daw placed 45th in a field of 48 at his first-ever World Championships event.

While Australia has already qualified two all-important quota spots for the Tokyo 2020 Paralympic Games next year, the team will be aiming to lock in another three over the remainder of the World Championships this week.

And the pressure to secure them on home soil is bittersweet, according to Smith.

“There are a whole lot of benefits to having this World Championships here in Sydney. We get to laugh at everyone who’s like, ‘Oh my god, the travelling!’ – we do that every time! It’s good to see that from somebody else for a change, but at the same time, we’re so close to Tokyo,” Smith said.

“As you get closer to Tokyo, and the fewer competitions there are left, it increases pressure. Chances of wild cards to get to Tokyo are limited, so adding the pressure of a World Championships to the pressure of quota spots is tough.

“We’re all glad to be here, and I know we’re all looking forward to seeing what each other can do over the course of the week.”

The 2019 World Shooting Para-sport Championships are being held in Sydney from 12-18 October.