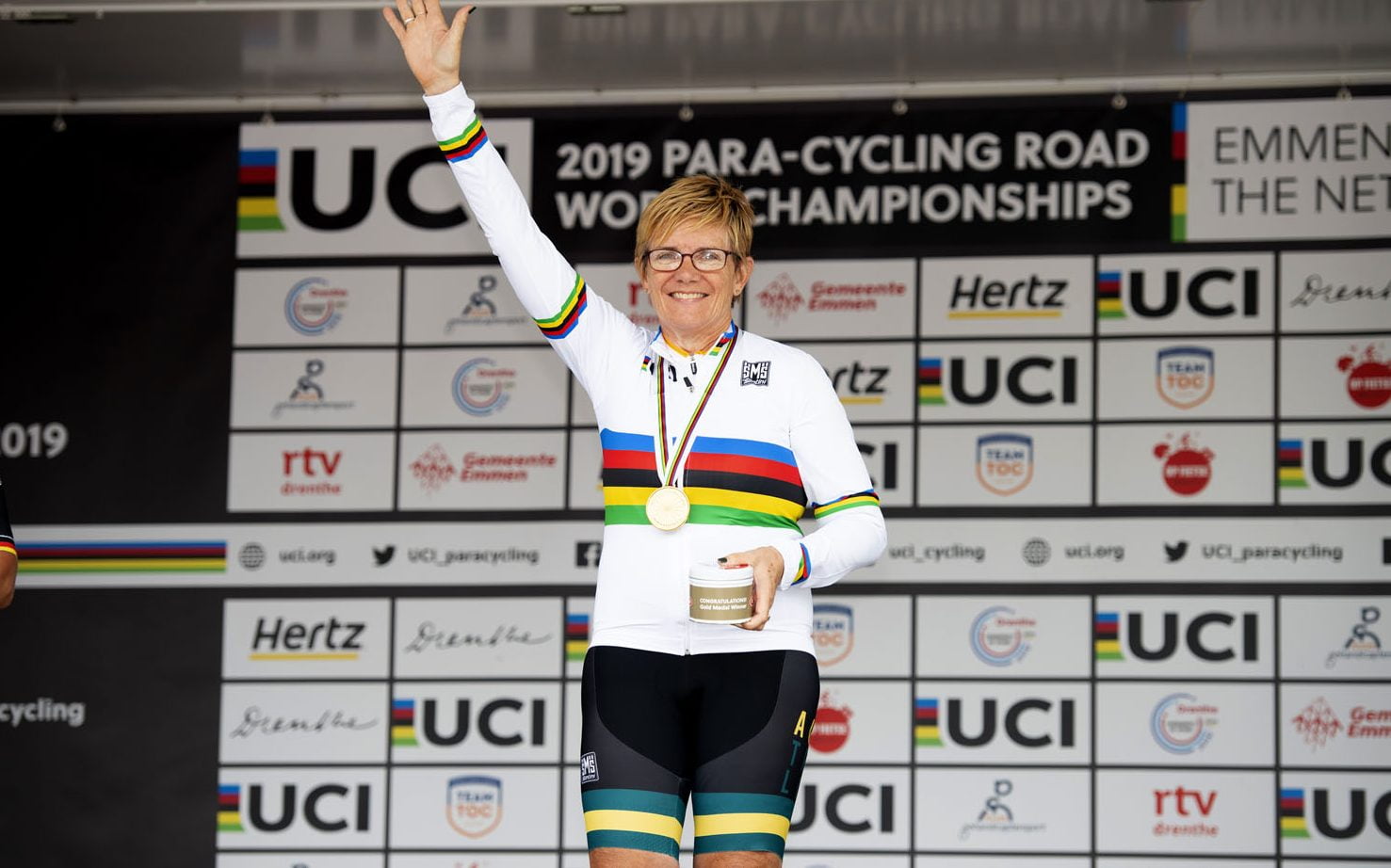 The Australian Para-cycling team is celebrating after finishing on top of the gold medal tally at the 2019 Union Cycliste Internationale (UCI) Para-cycling Road World Championships in the Netherlands.

Australia won nine gold to finish one ahead of Germany and Italy, while the team’s 15 medal haul ranked third overall behind the USA (21) and Germany (19).

Victoria’s Cooke claimed her eighth and ninth career world titles as she raced to win the T2 time trial and road races.

“I can’t believe that I’ve done the double,” Cooke said. “But I came into this year with no expectations, to enjoy racing and have fun. It’s turned out to be the best year ever.

“I’ve learned a lot this year in regards to tactics and learning how to race – yes, even after doing this for eight years – and that all comes from being open to trying new things with my coach Rebecca Dicello and my sports scientist Nick Owen. Those tactics certainly came into play today and helped me win this race.”

Cooke will head to the 2019 UCI Road World Championships in Yorkshire, England, this week to contest a Para-cycling road race, before the triple Paralympic champion takes a well-earned break.

“For the first time at the able-bodied World Championships, there will be a Para race, so I am looking forward to helping make history by racing there. Then it’s home to have a short break, reconnect with my husband, dog and family, as it has been such a big year.

“But I’ll be back in training soon, as 2020 is a big one with the Tokyo Paralympics. So I’ll have to pick it up even more, to firstly make the team, and then if I do, try and replicate Rio.”

Dual 2018 world champion Miller defended her H1 crowns in the time trial and the road race.

“Getting to stand on the podium wearing the green and gold is always a proud moment, so it was exciting to be able to do that twice this week, in what has been an incredible week for the whole team,” Miller said.

“Winning dual rainbows and the World Cup series in 2019 sums up the hard work both myself and my support team have put in this year. I showed some good form at the World Cup in Belgium, and we built on it again this week at Worlds, so it’s a great feeling knowing I’m continually improving and becoming a better athlete.”

Miller will take an extended break before embarking on her 2020 campaign, which begins with the 2020 Federation University Road National Championships in Ballarat, VIC.

“I’ll have a few weeks off before I turn my attention to the Federation University Road National Championships in January. I’m looking forward to racing on the new time trial course in rainbows to see what I can produce there.”

In a sign of the consistency of the entire team, Stu Tripp (H5) and Hannah Macdougall (C4) finished inside the top five in both their finals.