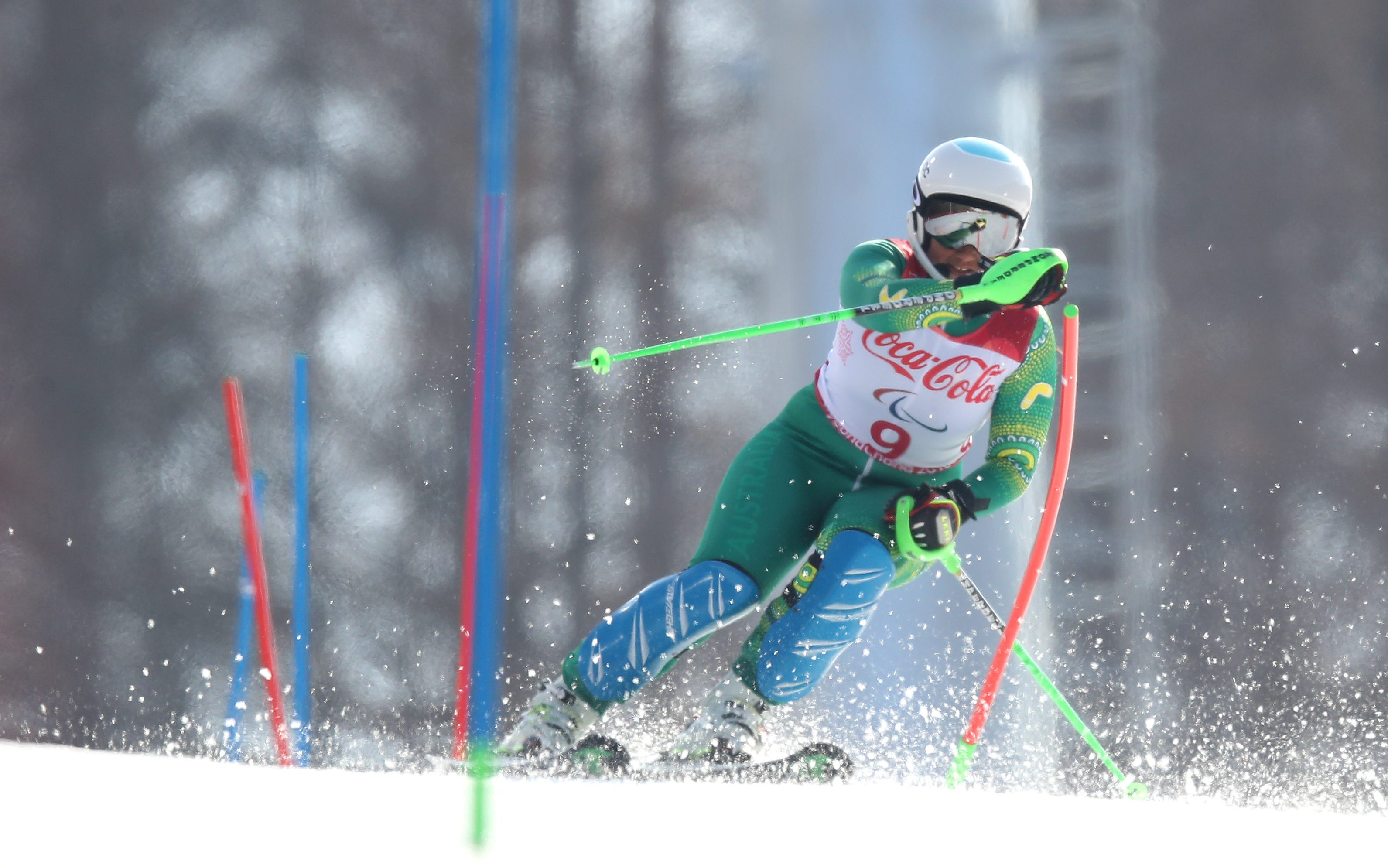 Heavy snowfall delayed competition for two days in Sella Nevea, Italy, meaning Perrine and Kelly had two finals to contend on the one day.

With the pressure on, Perrine and Kelly showed how their new partnership is prospering, taking silver in the women’s super-G Visually Impaired and following that up with a stunning super combined victory.

“We backed up out of the super-G run, put it together for the slalom and managed to come away with first place, so we’re pretty happy,” said Perrine after being crowned world champion.

Following their silver earlier in the day, Perrine said she and Kelly knew what they needed to focus on heading into the final event.

“We know we can put together a solid slalom performance so we stripped it back to basics, focussed on our communication, our connection and the fact that we know we can ski well together.

“Going four from four is pretty great, it cements our partnership and we’re looking forward to the rest of the World Cup season,” she said.

Perrine and Kelly cleaned up at the World Championships, picking up four medals from four starts including one gold, two silver and one bronze.

The competition overnight wrapped up the 2019 World Championships, with Aussie athletes now turning their attention to the World Cup circuit.