Gallagher and Janssen race for gold 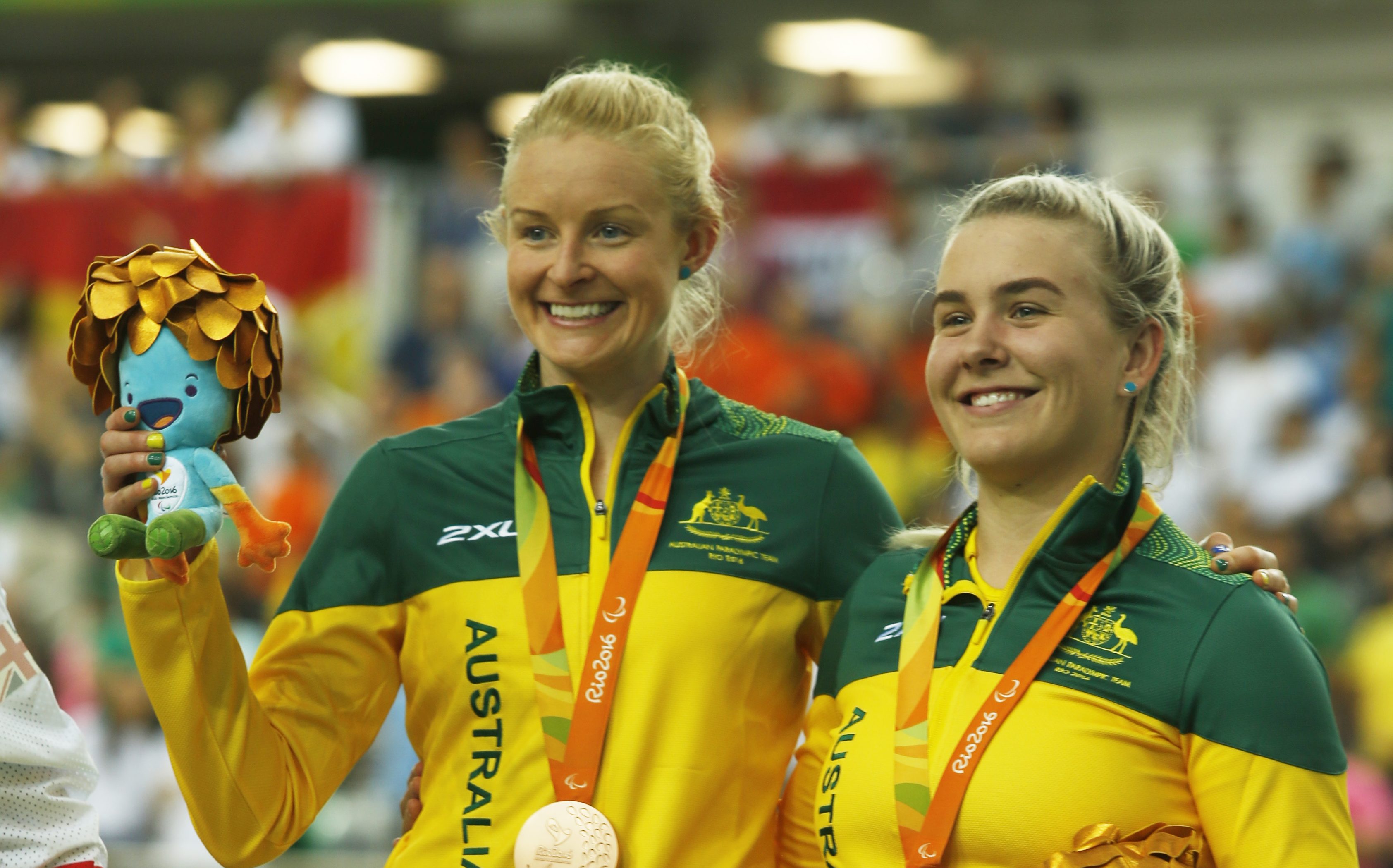 After falling short of gold not once, but twice, last month at the 2018 Union Cycliste Internationale (UCI) Para-cycling Track World Championships in Rio de Janeiro, Brazil, Paralympic bronze medallist Jessica Gallagher and sighted pilot Madison Janssen are out for redemption at the 2018 Commonwealth Games.

The pair from Victoria claimed dual silver in the tandem time trial and sprint at the World Championships, and while they recorded a personal best over 200m, their efforts were outclassed by multiple Paralympic and world champion Sophie Thornhill and pilot Helen Scott from Great Britain, who also recorded world records in both events.

“The world’s top racers are here on the Gold Coast, and they’re from Great Britain, of course, so it’s going to be red hot competition this week at the Commonwealth Games,” Gallagher said.

“We just raced them, but it’s great to have an opportunity to race them on home soil this time, and hopefully we can dig into some of that home town advantage.

While racing back-to-back major competitions is not something the pair have previously done, Gallagher and Janssen are hoping their training techniques, recovery from Rio and a home crowd will help continue their momentum.

“It’s really unusual to have such a tight turnaround, but just the fact that we are here in Australia, with family and friends in the crowd, will motivate us. I know we’re both looking forward to Thursday [5 April] coming around, and seeing a full stand. It gives me goosebumps thinking about it,” Gallagher continued.

“The biggest thing we’ve had to be concerned about is recovery. We got back only a week ago, so recovery has been critical. We feel great, which is nice considering it was a 41-hour trip, but we’ve definitely got the advantage of having the comforts of home. I feel great given the big couple of weeks we’ve had.”

Leading for Gallagher, Janssen is out to improve on their World Championships finish.

“We’re ready to carry through,” Janssen said. “We tapered for Worlds and we’re hoping it will carry through to this week, but we’ll see on Thursday if it all comes together.

“We have pre-race tomorrow. We’re on the track for our last session, which will make for a good opener the next day.

“I’ve got my parents who are making the big 40-minute trip from the Gold Coast out to Brisbane where we’re competing. They got last minute tickets so it will be great to have them watching me.”

Gallagher, too, will have family and friends support her in the crowd, some of which she has never had before in her cycling career.

“I’ve got some family coming up and other people who have been involved with me throughout my career. I’ve got my coaches from athletics, from London 2012, and people I’ve been involved with in skiing. For me, it’s so rare to have this chance to compete on home soil, and it’s really nice to have people from different sporting worlds see me compete in this sport for the first time.

“They are the people that have made me the athlete I am today, so it’s nice to be able to race in front of a home crowd at a Commonwealth Games. It will be really special for them.”

Gallagher and Janssen will compete in the women’s sprint B&VI on day one of competition, followed by the women’s 1000m time trial B&VI on Saturday, 7 April.