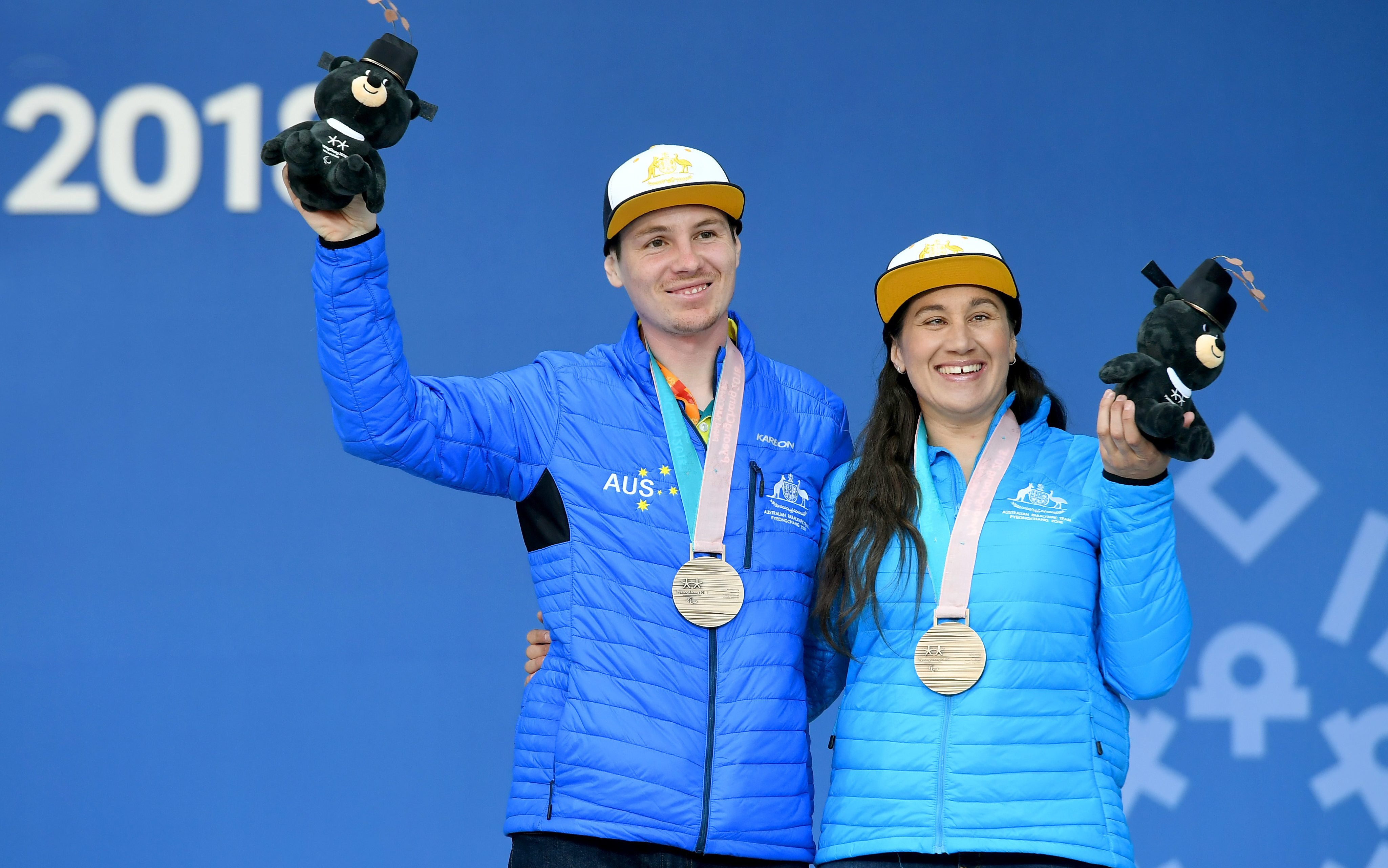 After breaking her Paralympic Games medal drought in PyeongChang, South Korea, Para-alpine skier Melissa Perrine is undecided on whether to return to Asia in four years’ time for the Beijing 2022 Paralympic Winter Games.

Winning bronze in the the women’s super combined and giant slalom for vision impaired athletes has lifted a terrific weight off Perrine’s shoulders that had been sitting there since her Paralympic debut eight years ago at the Vancouver 2010 Paralympic Games.

But they are not necessarily the tonic she needs to keep her engaged for China.

“The medals change nothing. I’ve always done all this for skiing. I love to ski and if I didn’t love it, I wouldn’t be here,” said Perrine, who turned 30 the week before the Games began.

“I still love the racing, the competitions, but I also have a career to worry about. I’ve just finished university and first year out for a physio graduate is really important. So I’d love to get some work done this year.

“So I’m not entirely sure what I’m going to do moving forward from here. Emotions are running high right now – it’s the middle of a Games.

“Right now you think you can go forever because everything is so intense,” she said.

“I don’t have to make the decision right now. I will definitely reassess with Chri [her coach and sighted guide Christian Geiger] and Tori [Pendergast, her teammate] too. The three of us are such an amazing team. We travel together, compete together, eat together, train together.

“So it’s a question that needs a lot of consideration. Over the next few months I’ll make a call.”

What she doesn’t have to dwell over any longer is being a multi-medal winner at World Championships and World Cups but not being able to convert that to Paralympic podiums.

And the weight of two bronze medals around her neck also helps erase the horrors of the Sochi 2014 Paralympic Games. There, Perrine finished just one of her five Para-alpine skiing events – fourth in the women’s downhill Visually Impaired. Three DNFs (Did Not Finish) and a DQ (Disqualified) made up the other four.

“I am a different person than who I was in Sochi. I’ve come a long way,” said Perrine, without a hint of regret.

“It feels like Sochi needed to happen to make me work harder for this. I can say that four years on because going through it was a nightmare, it really was. I could not have written a worse script for my worst enemy. And to have it played out on the big screen really was horrible.”

She got through it with the support of family, friends, and her then guide Andy Bor.

“He was absolutely brilliant throughout the entire Games and afterwards,” she said. “He and I then went onto the [2015] World Championships and won three gold.

“That’s when I had my revenge on Sochi, during those World Championships. After that I was able to put it behind me because I’d proved to myself and to everybody that I am a good competitor. I felt vindicated.”

She will catch up with Bor when she gets back to Australia. One of the hardest things she has had to do was end their guide-athlete relationship about a year out from PyeongChang.

“Andy was a massive part of my life for seven years. He taught me so much about skiing, about the mountains, and I wouldn’t be here if it wasn’t for the foundation he laid,” she added, which makes it puzzling why she opted for her coach Geiger to be her new guide.

“It was one of the hardest decisions I had to make that call. But I saw the direction the competition was going in, what the other girls were being able to produce, and I knew that I had to change something.

“I knew I had to push myself in a different direction and a harder direction to get the results I wanted. I had to finish PyeongChang and look back knowing I had done absolutely everything possible.”

Geiger was also on the Australian Paralympic Team in Sochi as guide for Jessica Gallagher. The pair took bronze in the women’s slalom Visually Impaired.

“Christian knows my skiing inside out. He’s been my coach for three-and-a-half years now. He and I were teammates when he guided Jess and now he’s my coach, my guide and my friend.

“So we have a great bond. It was the right fit for this time.”

It has produced two medals, with one event – slalom – to go before the Closing Ceremony on Sunday (18 March) night.