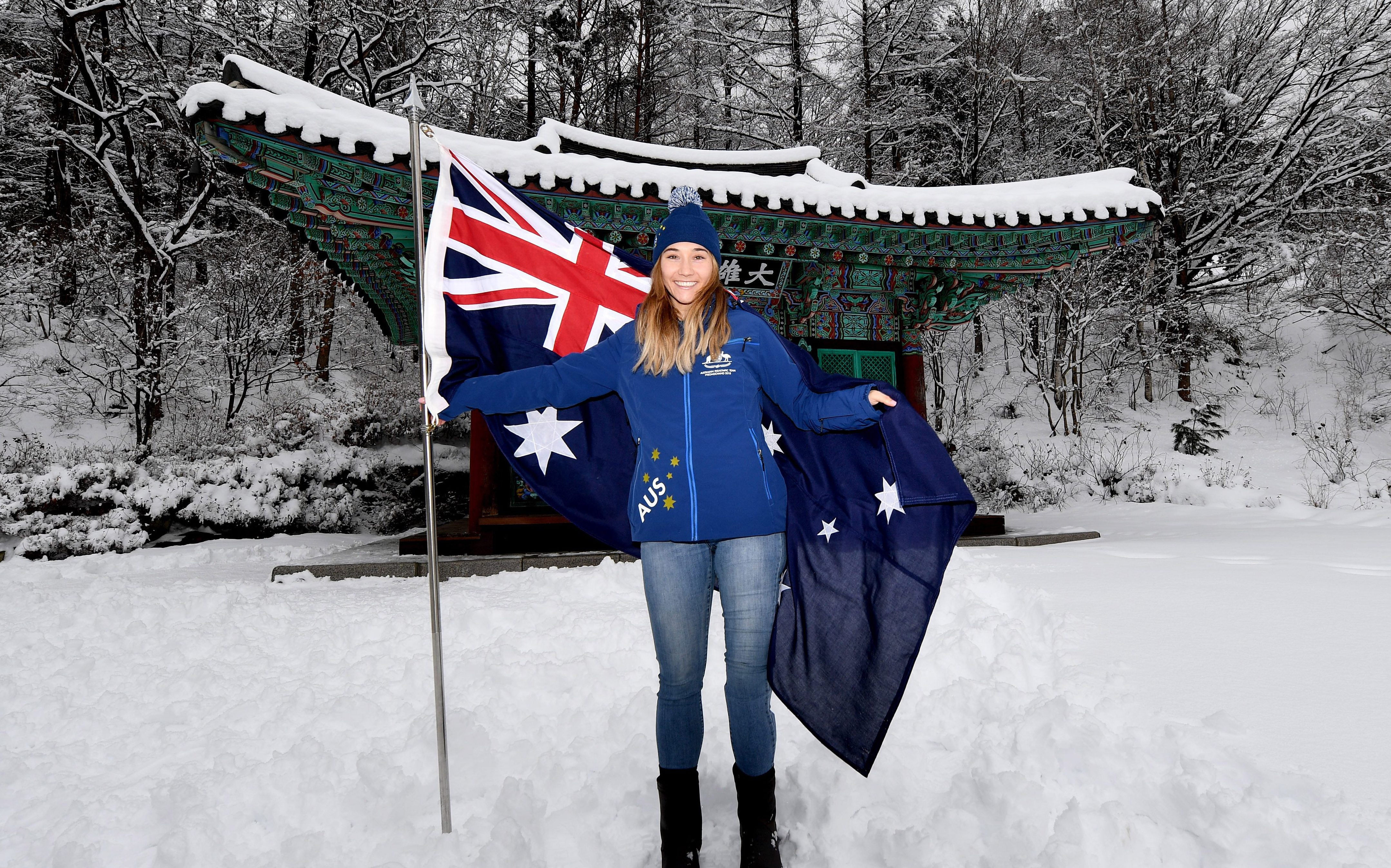 Starting back in Örnsköldsvik, Sweden, in 1976, when the godfather of Australian Paralympic winter sport, Ron Finneran, was flag-bearer, right up until two-time Paralympic medallist Cameron Rahles-Rahbula carried it in Sochi, Russia, four years ago, the athletes have all been male.

That makes Badenhorst’s announcement historic and it coincides with another moment on the yearly calendar, International Women’s Day.

Chef de Mission of the 2018 Australian Paralympic Team Nick Dean pointed to that fact when he stood in front of the 15-member Australian team (12 athletes, three sighted guides) in the Athletes Village on Thursday to unveil their flag-bearer.

“Joany embodies the virtues of the Australian Paralympic movement to the very highest standards,” Dean said.

“Team-orientated, humble, ultracompetitive in the heat of battle and enormously successful as Australia’s sole female member of the Australian Para-snowboard team,” he said of 23-year-old Badenhorst, who is ranked world No. 1 in snowboard cross and No. 3 in banked slalom – the two events on the Paralympic program.

“Joany serves her sport and the Paralympic movement with distinction, focus and humility.

“And fittingly, today on International Women’s Day, I am very proud to announce that for the first time, it will be a female athlete who will lead our Australian Team into the Opening Ceremony.”

It is Badenhorst’s second Games, but she will be hoping for a much brighter campaign in PyeongChang than she endured in Sochi.

On the eve of competition, she crashed in a training run, breaking her kneecap and dislocating the joint.

South African-born Badenhorst, who moved to Australia with her family in 2009, lost her lower left leg in 2005 when her pants became entangled in a tractor shaft as she helped workers on her family’s farm.

Already a noted track-and-field athlete, Badenhorst made a bid for the London 2012 Paralympic Summer Games, but after missing selection, she turned turned her attention to Para-snowboard and her international career really started to take off.

Australia’s first female representative at a Paralympic Winter Games was Emily Jansen in 2006. The first female medallist was Jessica Gallagher in Vancouver, Canada, in 2010. There are four females on the 2018 Australian Paralympic Team in PyeongChang.