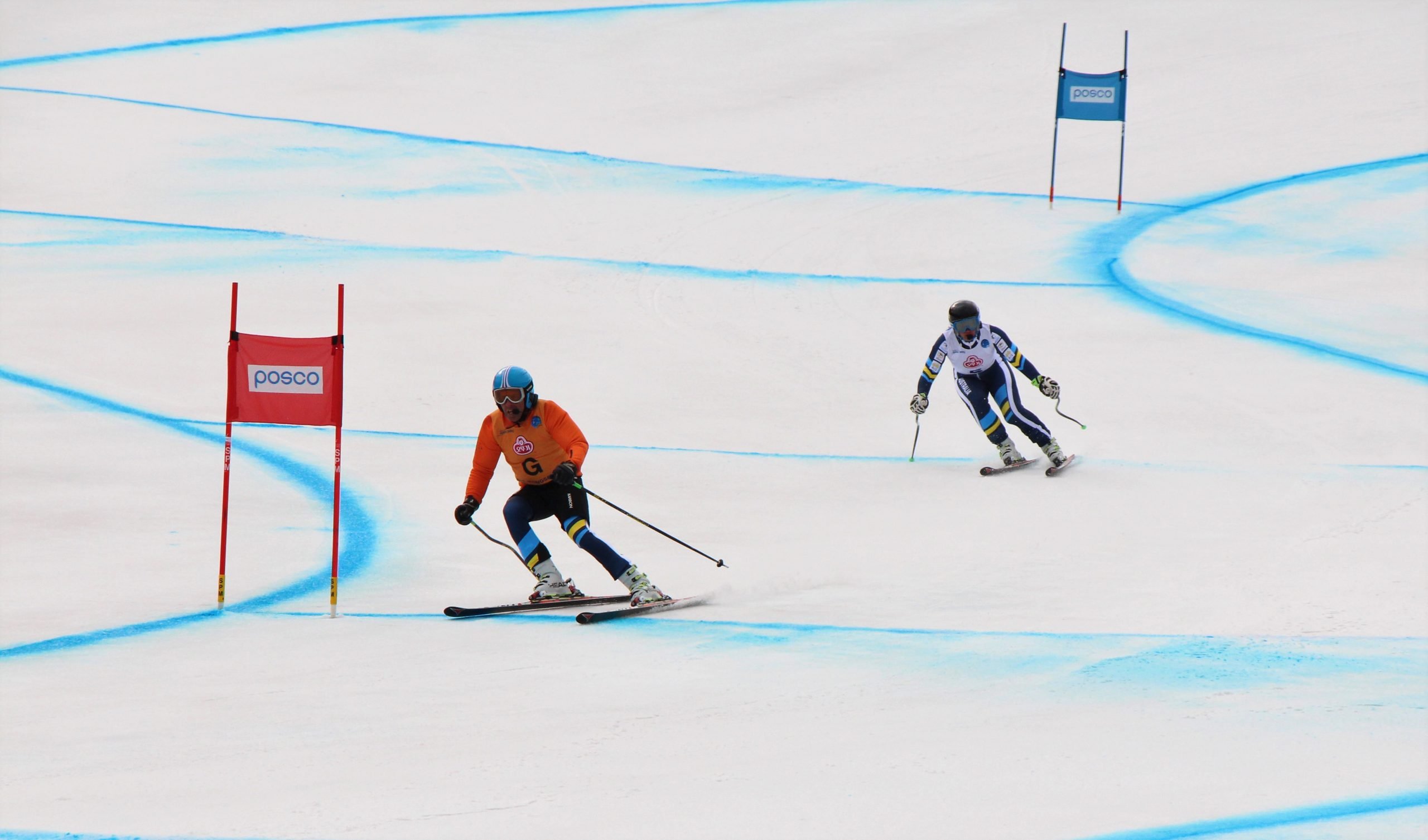 Following her bronze in the women’s vision-impaired Downhill on Sunday, Perrine and guide Andy Bor overcame a tumultuous race to once again claim third place in today’s Super-G.

In dramatic scenes, Perrine and Bor were forced to rerun the course after race officials flagged them down midway through their run due to a crash at the finish line involving Great Britain’s Milly Knight.

Knight had still not been cleared from the course while the Australians were hammering their way down.

The Briton was taken to hospital with facial injuries, but has since been released.

After descending the course, the Australians were rushed back on to the gondola, sent back up the hill, straight to the start gate and then back on the course which was deteriorating as the rising sun softened the snow as well as Perrine’s chances to threaten the leaders.

But Perrine stepped up and defied the tricky conditions to deliver a run she and Bor both agreed was much better than the one she would have posted, had her first run not been prematurely halted.

“It was definitely a chore to get back my head back in the game after I thought I’d be finished,” Perrine said.

“I got back in the gondola trying to go through the usual processes and get into the mentality that I needed to be in to be able to push out of the start.

“I was able to do that, thanks heavens. It was good to push out of the start in a good headspace.

“It is always a good mental boost to know that when a curve ball like that is thrown at you, that you can handle it.”

Perrine, who has endured a disrupted World Cup season due to university commitments back in Australia, said it has been satisfying to race well in PyeongChang this week to end her season on a high.

“It’s a good feeling. It’s good to know that I can still step up onto the podium at a World Cup even though my skiing is not where I want it to be right now,” Perrine said.

“But to know that I can still do that is pretty uplifting and it’s a good indicator of what I need to work on for the Paralympics next year.”

With French young gun Arthur Bauchet clinching gold (1:29.77), Gourley found himself in the traffic jam of competitors between second place and eighth place who finished within 1.06 seconds.

Gourley’s time of 1:33.33 was just 0.67 seconds from the silver medal, underlining how one simple, minor error can be the difference.

“The conditions were tough, the snow was soft and yeah, it was a tough day for me,” Gourley said.

“But in saying that, I wasn’t far off second.

“It’s just one of those days. Sometimes you fall on the right side of those numbers and other times you don’t.

The IPC World Cup Finals and PyeongChang 2018 Test Event continues on Thursday with another Super-G, followed by Giant Slalom on Friday and Slalom to conclude on Saturday.