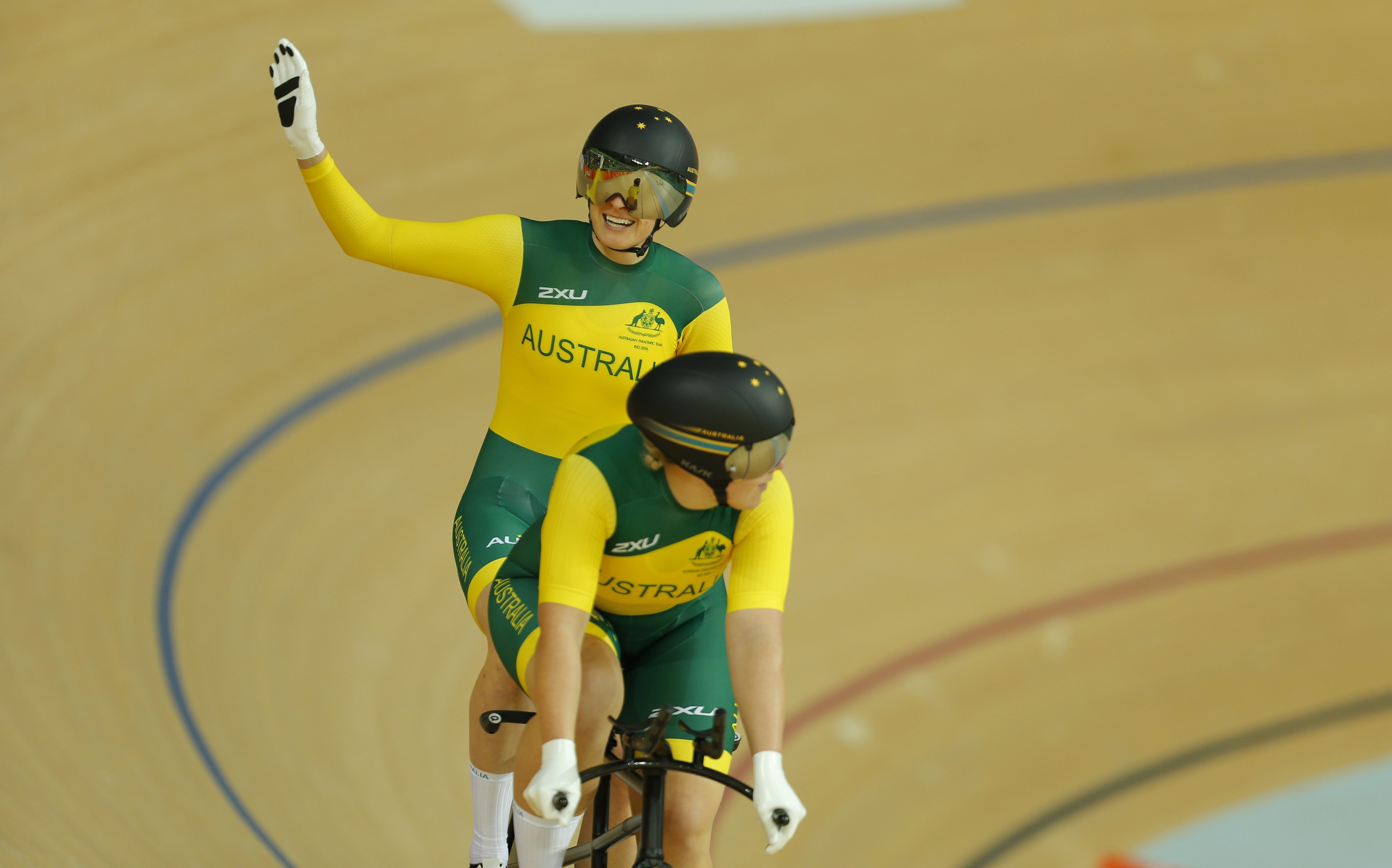 Jessica Gallagher realised a dream today (9 September) when she claimed the bronze medal with pilot Madison Janssen in the women’s 1000m time trial B at the Rio 2016 Paralympic Games.

Today Gallagher and Janssen rode a personal best time of 1:08.171 to break the Paralympic record, before their time was eclipsed by the gold medal-winning performance of British pair Sophie Thornhill and pilot Helen Scott, who clocked 1:06.283 for the four laps. The final tandem to race was that of Dutch women Larissa Klaassen and pilot Haliegh Doman, who fell short of the British time with their 1:07.059, but pipped the Australians for silver.

“We wouldn’t be lying if we said we wanted to be on top, but Paralympic medals are really hard to come by and I know that after summer and winter sports,” said Gallagher, who teamed up with Janssen less than a year ago. “So I’m really proud of what we’ve done in such a short time on the track.”

Gallagher, who was diagnosed with a rare eye disease – rod cone dystrophy – in Year 12, is legally blind, and has travelled a long road to the Summer Games podium.

In 2008, she was selected to compete in Para-athletics, but was deemed ineligible due to one eye being ruled 0.01% too sighted. She put that disappointment aside and took to the ski slopes, where she made her Paralympic debut in 2010. She switched back to Para-athletics for the 2012 Paralympics, but a torn meniscus six weeks before the Games saw her miss out on a medal. In 2014, she returned to Para-alpine skiing, adding a giant slalom bronze medal to her tally. But her Summer Games ambition did not wane.

“It was so bizarre at the time, and I felt complete devastation [in Beijing],” she said. “It was really Summer that I desperately wanted, and I’m very lucky I found a pilot like Maddie who works just as hard as me.

“I’ve worked incredibly hard to be able to pursue representing Australia in more than one sport, and it’s crazy to think only a couple of years ago I was in Sochi [at the 2014 Paralympic Games] standing on that Paralympic podium, and I’m so happy to be standing there again,” said the 29-year-old Victorian.

Equally as proud, and perhaps a little overwhelmed, was her 19-year-old sighted pilot, who relocated from Queensland to train with Gallagher and was in tears after being presented with her medal.

“I’m very young, so coming into my first Games just handling my nerves was my biggest goal, and I did,” said Janssen.

“It’s a massive event for me as I’ve only ever been on  the national stage, except with Worlds with Jess earlier this year,” Janssen explained. “So to be a very young athlete and to get to experience this before my single bike career has even taken off is a very big honour, especially with Jess, because she mentors me the whole way.”

Despite their short time together, the pair have established a solid bond both on and off the bike.

“It’s paramount,” said Gallagher, of the trust she has in Janssen. “We’re travelling at incredibly fast speeds and I have to trust that Maddie will steer that bike, and it’s so hard to steer a tandem. Out of the start, we’re pushing 160 kilograms from 0 to 60 km/h, so for Maddie to control that and still pedal fast, I think I probably have it a little bit easier.

“I have to trust she is doing the right thing, and she always does.”

Because there were two heats to race after their ride, the pair faced a nervous wait to find out what colour medal they would collect.

“You’re a good sport but you’re secretly hoping they slow down a little bit,” said Gallagher of her rivals. “We knew the Brits and the Dutch would be hard to beat, and unfortunately they got us today.

“We’re the newest tandem on the world circuit  and we’ll learn from this and go faster and harder in the future.”