Australia continues its dominance in the pool 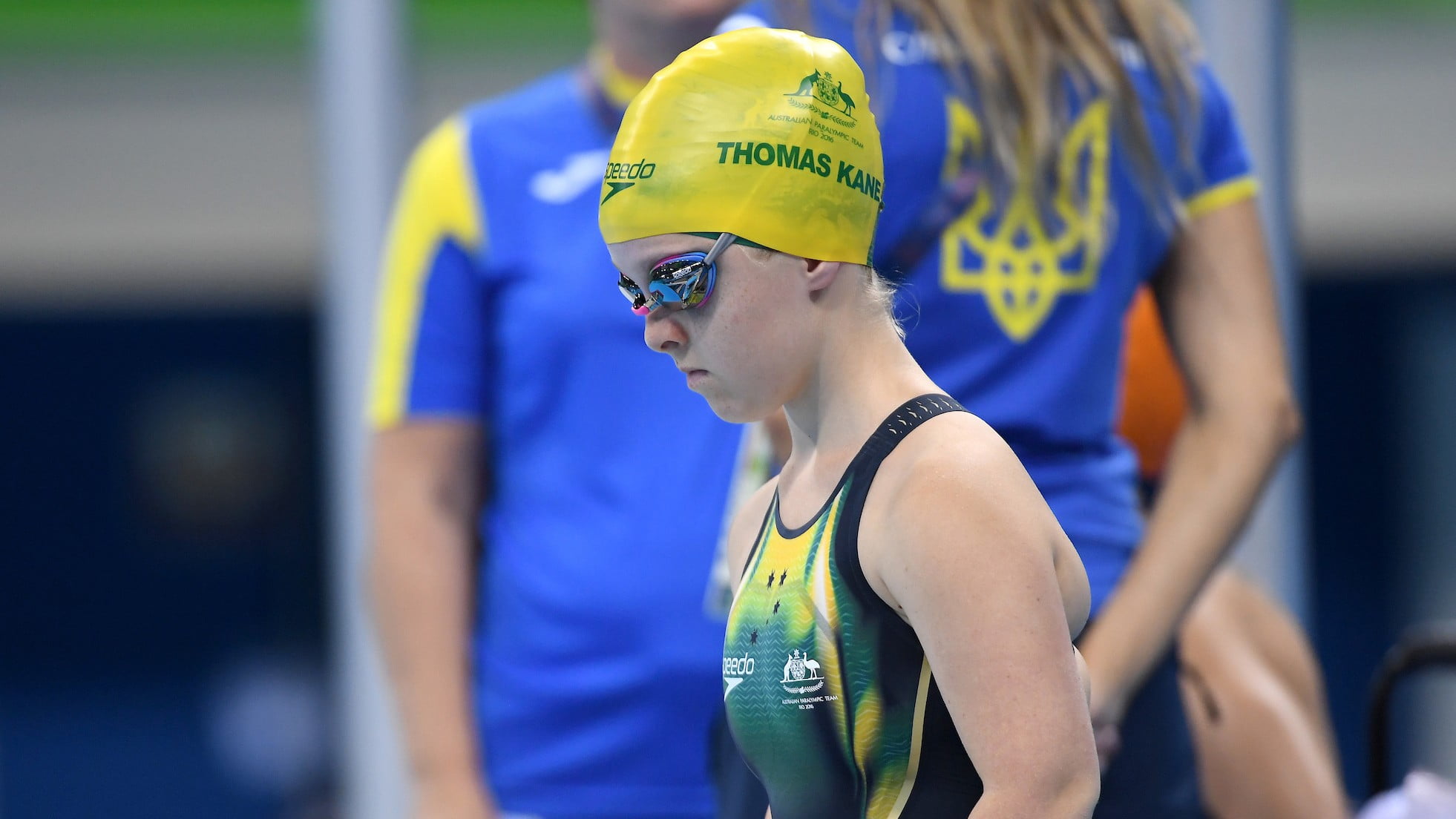 Australia has continued its Paralympic dominance of the men’s S9 100m freestyle, thanks to the emergence of 19-year-old Timothy Disken winning a gold medal that has now stayed in Aussie hands since Athens in 2004.

Following in the wash of Australia’s most decorated Paralympian Matthew Cowdrey, who won the event in 2004, 2008 and then 2012, Disken dominated the last 20 metres of the race to take his first gold of the meet, ahead of teammate Brenden Hall in silver for another Aussie one, two in the pool.

A breaststroker nine months ago, Disken certainly looks the goods as a freestyle swimmer, thanks to some intensive training from coach Yuriy Vdovychenko at the AIS.

“The last 35 stung a bit but I just put my head down and tried to focus on myself,” said Disken.

“It’s fantastic to go one two, especially for Junior (Brenden Hall) to go his fastest time since world champs. We both pushed each other to the limit and it’s amazing to go one two.”

Disken’s winning time of 56.23 would have finished second behind Cowdrey’s winning time in London (55.84), while Brenden Hall put in a season’s best of 56.95 to take the silver.

Ellie Cole then continued the medal winning swims for the Aussies in the corresponding women’s event, taking bronze in the women’s S9 100m freestyle in a time of 1.02.93.  A gold medallist in the event in London, Cole said she was happy with the swim having had two years away from the pool for two shoulder operations, while Ashleigh McConnell and Emily Beecroft tied for sixth in 1.05.19.

The fourth and final medal of the night went to fifteen-year-old Tiffany Thomas-Kane when after hitting the wall in fourth, was elevated to bronze due to a disqualification.

Braeden Jason and Jacob Templeton finished fifth and sixth respectively in the men’s S13 400m freestyle, with Templeton slashing more than two seconds off his personal best time in the process.

Jason hit the wall in 4.12.95, with Templeton close behind in 4.15.86, with both swimmers competing at their first Paralympic Games and their second consecutive final of the week. In the corresponding women’s event, Katja Dedekind finished seventh in 4.50.43.