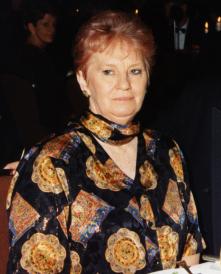 The Australian Paralympic movement has lost a passionate and influential champion, with the passing yesterday of Marie Little.

In a sports administration career spanning more than four decades, Marie fought fearlessly for opportunities and a fair go in sport for those with a disability, and in particular, for athletes with an intellectual impairment.

Marie was one of the founding directors of the Australian Paralympic Federation in 1990. She served on the Board until 1994 and for a further year as President in 1996-97 in the crucial period after the Atlanta Games as the APF professionalised its administration and finetuned its sport focus in the lead-up to the Sydney 2000 Paralympic Games.

From 1991 to 1993, Marie was a member of the bid committee for the Sydney 2000 Paralympic Games. After the Games were awarded to Sydney, she served on the Sydney Paralympic Organising Committee (1993-1998), including a period as Vice-President from 1994 until 1998.

Internationally, Marie was the first female Member of the International Paralympic Committee’s Executive Board, from 1993 to 1997. She also held numerous positions on committees, councils and organisations which contributed to increasing the sporting opportunities for people with a disability. Most notable was her involvement for many years on the executive board of the international organisation for athletes with an intellectual impairment, INAS-FID.

Within Australia, Marie founded AUSRAPID – the Australian Sport and Recreation Association of People with an Intellectual Disability – in 1986, and was its President from 1986 until her retirement in 2011.

“Marie’s contribution to sport for people with a disability is immeasurable and she leaves a legacy that will continue to make a positive impact on people’s lives for many years to come.

“After first advocating for inclusion of people with an intellectual impairment into community sport in the 1970s, Marie became a shining example of how an individual with passion, humility, drive and commitment can make a difference.

“With a netball background, Marie’s work eventually made an impact across many sports and many levels and ultimately led to the inclusion of people with an intellectual impairment at one of the world’s biggest sporting events – the Paralympic Games.”