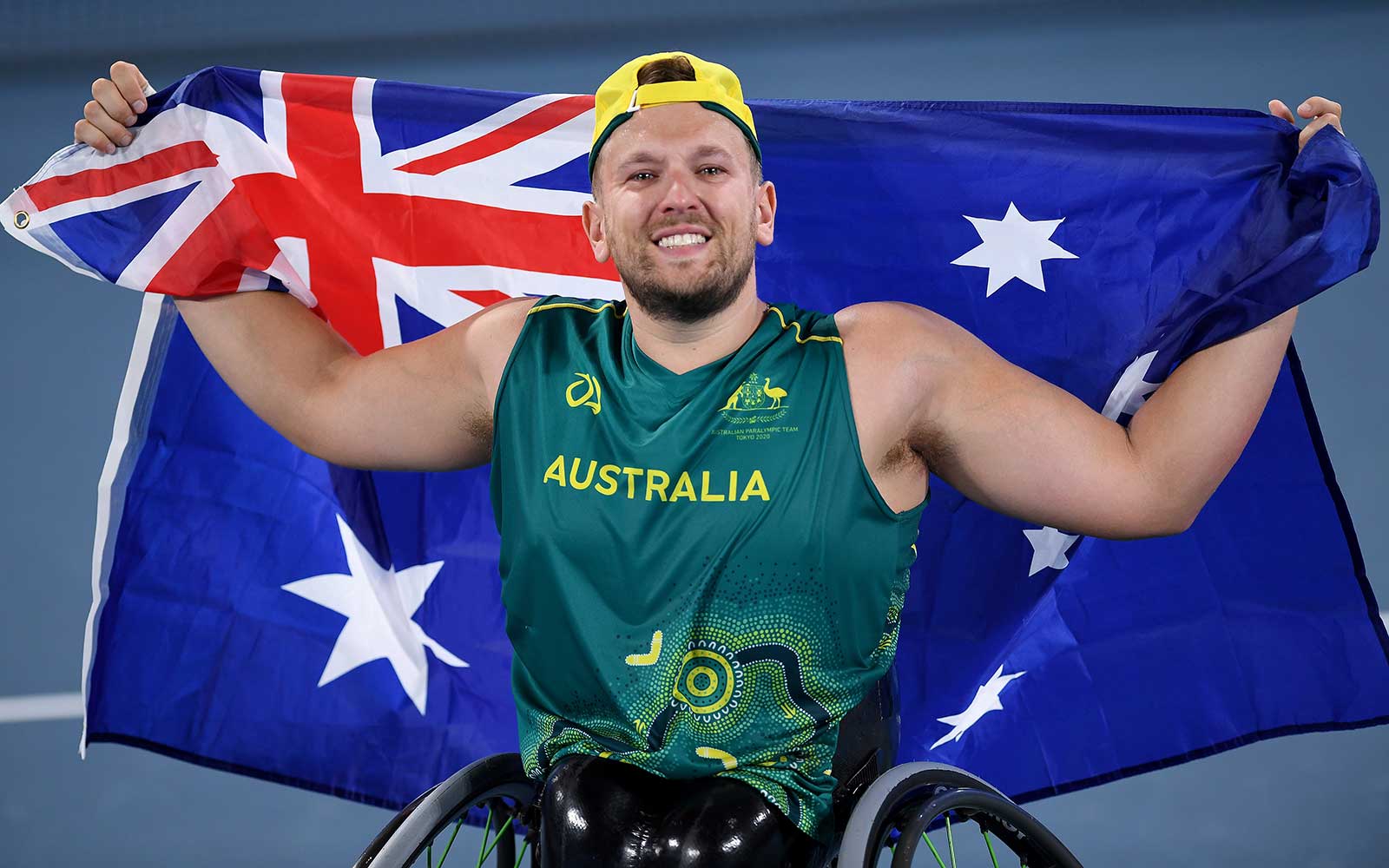 The Australian Paralympic Team’s sporting success at Tokyo 2020 was backed up by record levels of engagement with viewers at home and significant growth in the marketability of Team members.

A report by research agency Gemba found that interest in the Tokyo Paralympics (28 percent) was higher among Australians than for the Rio 2016 (22 percent) and London 2012 Games (25 percent), awareness and marketability of Paralympians “grew significantly” during the research period and the Australian Paralympic Team had the third highest level of interest of all national teams.

The findings, sourced from Gemba’s Sport and Entertainment Report – a survey run weekly until the end of September 2021 – stated, “The majority of Paralympians we tracked saw strong increases in their asset power (marketability) during the Tokyo Paralympic Games”.

At the top of the list was wheelchair tennis gold medallist Dylan Alcott, whose asset power rose during the Games from a rating of 1646 to 3072. Alcott was followed by wheelchair racing champion Madison de Rozario (1056 to 1486), wheelchair rugby captain Ryley Batt (no previous rating to 863), Para-swimming great Ellie Cole (453 to 821), Para-canoe champion Curtis McGrath (427 to 804) and Para-athletics star Isis Holt (645 to 783).

The findings complement Sport Australia’s Community Perceptions Monitor, which found that 68 percent of those surveyed had watched at least some of the Tokyo Paralympics and 58 percent of those who watched felt “proud to be Australian”.

Participation in organised sport was expected to benefit, Sports Australia’s monitor found, with 12 percent of parents surveyed considering enrolling their child or children in a new sport after watching the Games.

Minister for Sport Richard Colbeck said the figures underlined the positive impact the performance of Paralympic and Olympics athletes had on the nation.

“We have always understood the power of sport to improve our health and reinforce communities,” Minister Colbeck said.

“But the Sport Australia survey showcases the tangible outcomes created as a result of the performances of our sports men and women.”

Tokyo 2020 was a great success for the Australian Paralympic Movement, with unprecedented viewership, sponsorship and media interest.

Paralympics Australia Chief Executive Lynne Anderson said the 2020 Games had been a milestone moment in showing previously disengaged Australians what the Australian Paralympic Team was about.

“I’ve always said that once you witness Para-sport you’re hooked for life,” Anderson said. “These are amazing Australians who are among the very best in the world at what they do and they also have an impairment.

“But it’s not just about what they achieve in the sporting arena. It’s the way they go about it, the way they speak, the way they carry themselves. Our Para-athletes are a source of great pride and inspiration and the findings contained in the Gemba report and Sport Australia monitor place this in a context that cannot be ignored.”

“As Covid-19 restrictions ease across the nation and community sport returns, now is the perfect time to get involved in organised sport as a participant, volunteer or official and enjoy the physical, mental and social benefits that sport offers,” he said.