Stibners Calls Time As Rollers End On A High 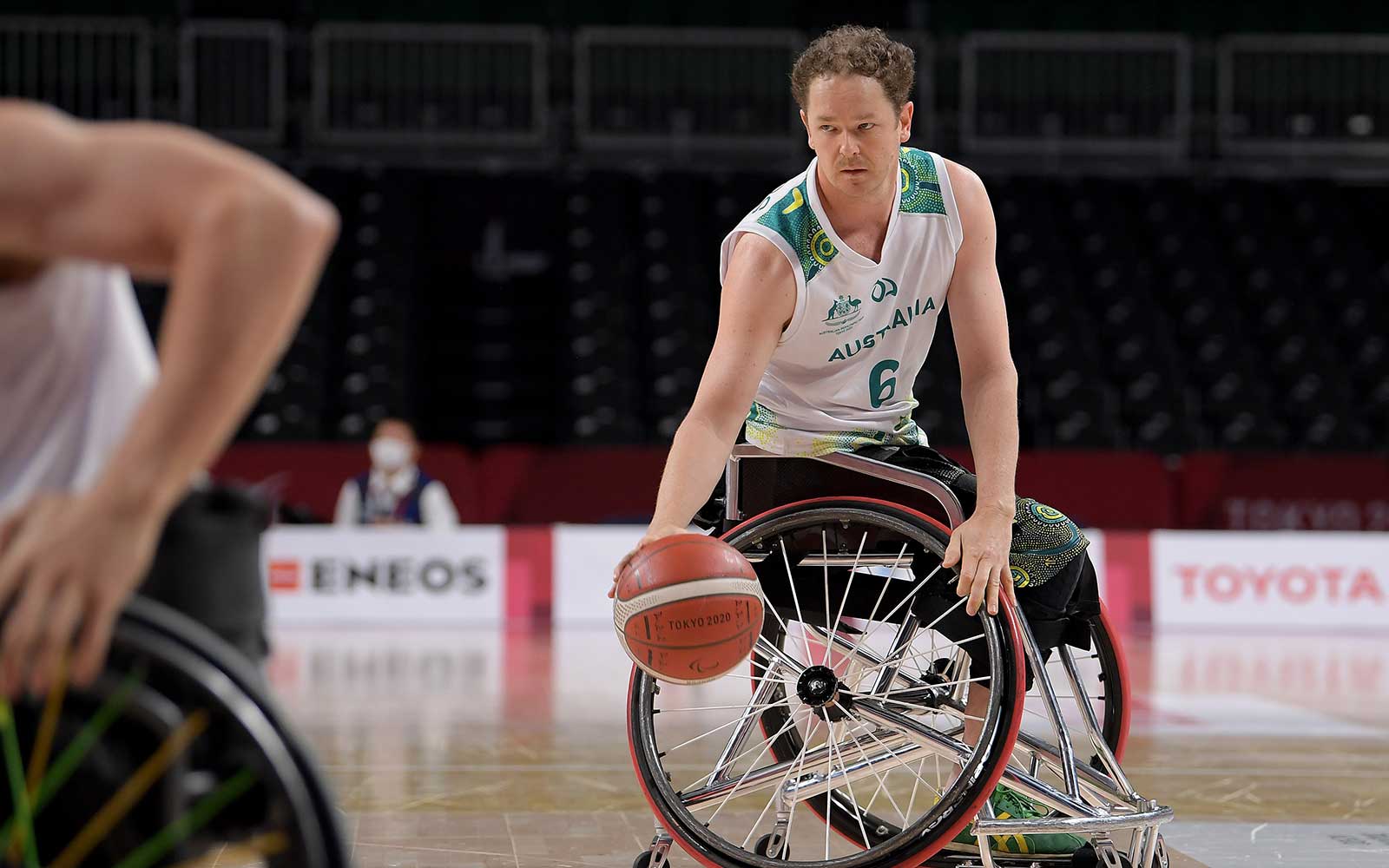 The Australian men’s wheelchair basketball team has finished their Tokyo 2020 campaign in style, playing some of their best basketball of the tournament to beat Turkey 74-58 and secure fifth place overall at Ariake arena on Saturday.

The Rollers established a 23-18 lead by quarter time, which they extended to 39-24 at the main break and 59-40 at three-quarter time. After the full time buzzer, the team congregated in the centre of the court, showing how tight-knit they are but also seemingly reflecting on what could have been.

“There are a lot of positives for us to take away but also some harsh lessons because we leave Tokyo not having achieved what we came here for.”

Knowles thanked the many people who supported the team throughout Tokyo 2020.

“It’s been a very different Paralympic Games,” he said.

“The arena is huge and it would have been full right now. Lots of people think it would be a pretty lonely feeling here, but we’ve had so many messages of support from back home.

Another senior player, Brett Stibners, confirmed this would be his last Paralympics. Stibners won gold with the Rollers at Beijing 2008, silver at London 2012 and played at four Games in total after first representing Australia in 2006.

“I’m done,” Stibners said when asked about his future.

“I’m not sure what the other guys are doing. But we’ve got a lot of young players coming through. Brad Ness is our under 23s coach and he’s found a lot of young kids who are going to be very very good in a few years. We’re in good hands.”