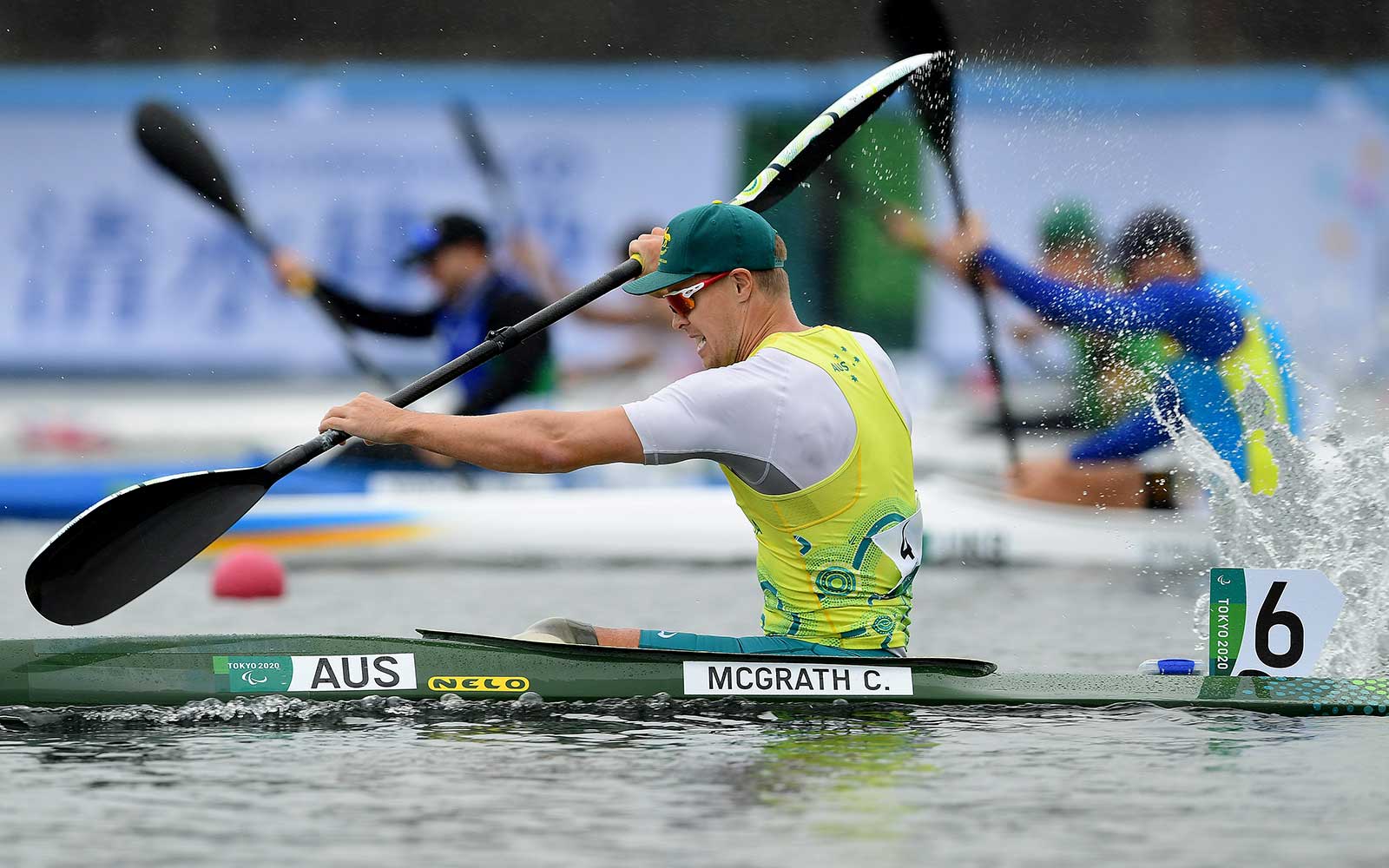 Australia’s para-canoe stars Curtis McGrath and Susan Seipel have delivered two more medals for Australia after a stellar day on the water at Sea Forest Waterway.

Rio golden boy McGrath has gone back to back in the KL2, after a nervous start in his title defence seeing him have to qualify through semi-final.

An issue with his rudder in the heats yesterday saw McGrath not automatically book a spot in the final, but rather had to qualify via this morning’s semi final.

Coming out strong in the semi, he posted a Paralympic best time, breaking his own previous record that he set in Rio, and securing a spot in the final.

With all eyes on McGrath, in a red hot field, he knew he’d need to deliver a trademark race and come home strong.

“Lining up for the final against a tough field, they are always going to push me all the way. I know I am not the best starter in the field so I have been working really hard on that and thankfully that got me in a good stead for half the race. My strength is at the end and that is where I came through and managed to get the gold,” said McGrath.

“Yesterday was a bit of an error on my part, I have to make sure my equipment and everything is in place before I start and I think I maybe tapped my rudder, my rudder was locked out.

“Today, especially in the semi-final, it was a really nice race to have before the final to make sure everything was tip top shape,” he said.

Becoming a household name following his inspirational win in Rio, McGrath said this Paralympic Games was a very different experience for him.

“I guess in Rio it was all so new to me, the high performance side of it all, the level of competition and the competitiveness of everyone.

“It is really great to have that and now I am more experienced and a little bit older. We had the extra year and I have worked on things and I felt really comfortable.

“The nerves got up but that shows that it means something to me and I am super happy with my performance and going back-to-back is one of those feelings that I confirm myself that I can come to the biggest event and perform,” he said.

“Look we just want an equal playing field and equal opportunities and I think that is what the Paralympics are about and if everyone, even corporate Australia can get out there and sponsor a Paralympic athlete, not just myself and not just a gold medallists but someone who is working everyday and working hard, and putting in the same amount of effort as an Olympian or an NRL player or AFL player and getting the rewards that they deserve.

“I am really grateful that the Government stepped forward and came to the table and we are just looking for a bit more support for our Paralympic team,” said McGrath.

Earlier in the day it was fellow dual Paralympian Susan Seipel who delivered a sensational performance in the new Va’a discipline where she secured the silver medal.

Adding to her Rio bronze medal in the KL2, Seipel was thrilled to be part of history and finish on the podium as the Va’a made is Paralympic debut.

Seipel who started her paddling career in the Va’a is thrilled to see it’s inclusion in the Paralympics.

“It is awesome, I am so happy,” said an elated Seipel.

“It is really good, super exciting, it is a really tight race and there are some great athletes. It is a great event to be included in and it is really special to be at the debut of the event.

“The competition is so hot in the V2, so I’m so happy to get the medal,” she said.

After a 12 month delay to the Games, Seipel is thrilled that she once again had the opportunity to be part of the Paralympics.

“It’s been a crazy lead up, a bit of a rollercoaster to get here, so this is the icing on the cake.

“This has been a rough time for everyone with the coronavirus… just so happy to get it done and relieved,” she said.

Littlehales was right in the hunt and was within a whisker of the podium, but was forced to settle for fourth behind Ukraine, Paralympic Russia Committee and Great Britain.

There was nothing in it with Littlehales missing a spot on the podium by just 0.012 of a second.

Both McGrath and Seipel are backing up again tomorrow for another chance at gold. They will be joined by Rio silver medallist AJ Jennings.