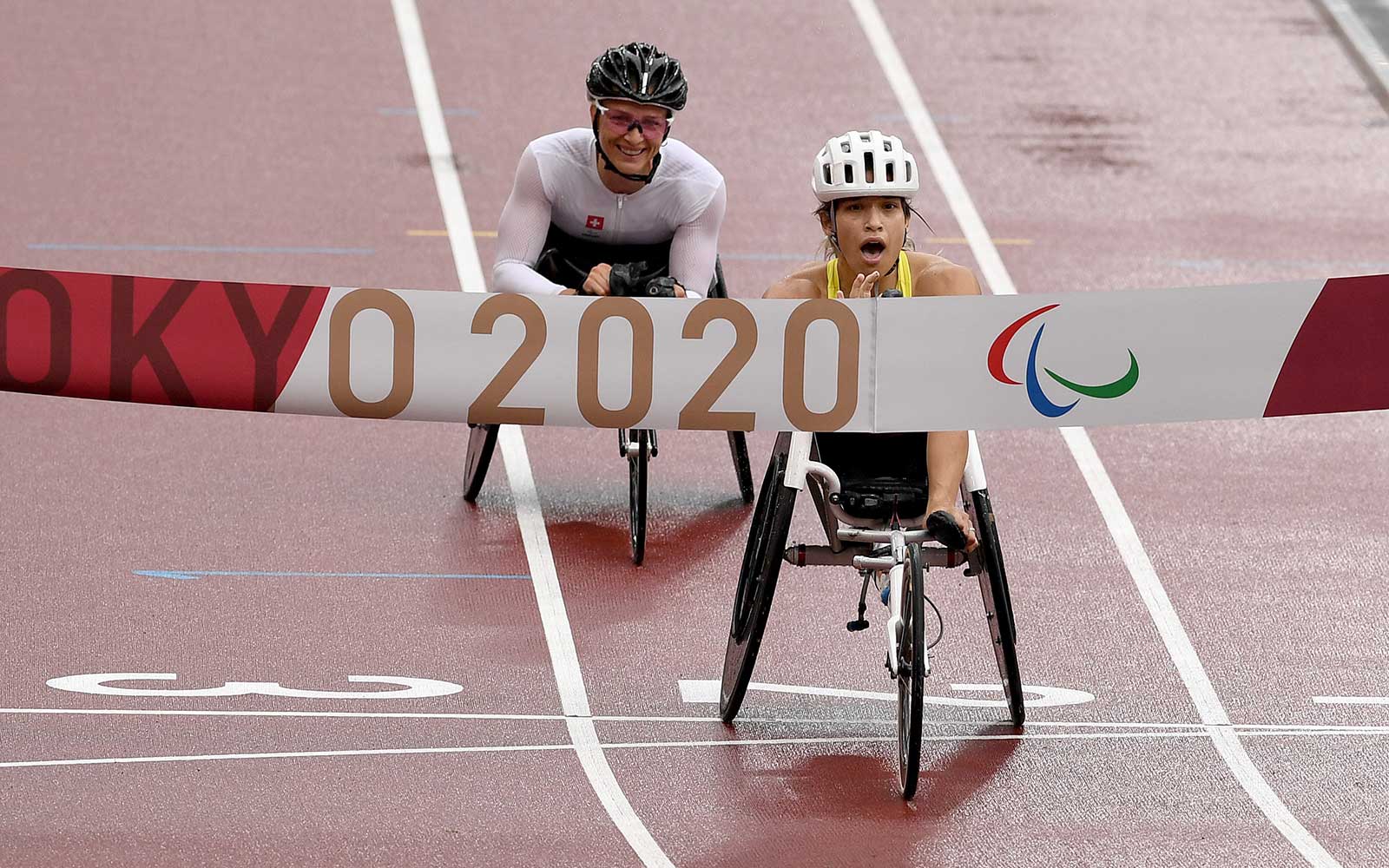 Madi de Rozario was striving for the same integrity as her famous coach Louise Sauvage has achieved as she tackled her first Paralympic marathon.

Jaryd Clifford was trying to see if he and his best mate Michael Roeger could win Paralympic marathon medals together.

Roeger was doing it for all the people he cares about – including Clifford but especially his small home town of Longhorne Creek in South Australia.

Christie Dawes was doing it for her two kids and husband back in Newcastle and for the sheer joy of racing with her Paralympic mates from all over the world for the first time in two years.

And Eliza Ault-Connell wanted to feel how good it was to be part of THE Tokyo Paralympic marathon after all the world had been through recently with Covid.

“To be honest to be pushing with Christie (Dawes, Aust) and Jenna (Fesemyer, USA) we were just having moments of great appreciation of actually being here,” said Ault-Connell, who finished 13th in 1:52.26 in the last event on the athletics program at the 2020 Games.

“Shortly after that the hurt came and I’ve never cramped so badly in my life.”

Dawes was 8th in 1:46.44 in her fourth Paralympic marathon. She passed four competitors in the final 10km from the finish line – the Tokyo Olympic Stadium.

“Do you know, I am so stupid because I thought I was 8th when I made my move. I just had in me to chase – so I thought I’d finished 5th – my best result. But I was 12th when I passed a few girls and so I finished 8th.

“It still felt so good. It’s the oldest I’ve ever raced a Paralympic marathon but also the fittest I’ve ever been,” the 41-year-old said, adding she was missing her kids back home.

But the day belonged to de Rozario. She finished with two gold and a bronze from her four events – topped off with a stunning marathon win in 1:38.11 after being 1m:28s behind initial leader Susannah Scaroni. The American faded to 6th as she has been carrying a hand injury after getting her fingers caught in her wheel spokes in the 1500m final earlier in the week.

De Rozario used a climb about three kilometres from the finish line to pass Manuela Schaer (silver) and Dutchwoman Nikita den Boer and enter the stadium in the lead.

“I know I climb well – I’m terrible down a hill – but thankfully pretty good up one.”

But the Swiss came at her again in the back straight, 300 metres from home.

“I could hear the commentary inside the stadium… I’d taken one last look at her as I came down the rise into the stadium. Then I hear how close she was and I was thinking ‘Can this last 300 just be done!’,” de Rozario said.

“I was thinking ‘I’d be happy with silver’ I was making my peace with that and then all of a sudden the finishing tape was right in front of my face.

“That’s the best feeling and the best I’ve ever felt in a marathon because my back usually starts to hurt. But we’ve been looking after that the last year – my chair has changed, my gym work has changed so working on those small things worked.”

The other matter ticked off was being able to call herself a true marathoner with the same integrity as her coach Sauvage, who won four Boston Marathons, along with multiple wins in Chicago, Berlin, London and New York.

“Lou has so much integrity as an athlete. She worked hard in each and every race. And she doesn’t want me to win races because I had a bit of luck or made the kick at the right time.

So de Rozario leaves Tokyo with an 800m gold (she has held the world record in that event for almost two years), and now a marathon (42km) gold – both ends of the athletic spectrum to show her talent and class.

The same could be said for vision-impaired athlete Jaryd Clifford (T12-13). He took on middle distance (1500m bronze), distance (5000m silver) and the longest distance (marathon silver) to medal in each of his events in Tokyo.

“I thought I would leave these Games absolutely shattered if I didn’t win a gold medal,” Clifford said.

“But I’ve found out that sport is so much more than medals. In my heart I felt like missing gold in the 5000m (holds world record) would be one of the hardest things to get over.

“I’m heart-broken for Roegs because he didn’t get what he’s worked so hard for.

Roeger (T46) certainly did not have such a fulfilling time of it.

He is the current world record holder for his arm amputee class but he kept it secret that he suffered a stress fracture in his lower left leg about six weeks ago. It severely impacted his Tokyo preparation.

“It was shattering to get that news (from an MRI scan). I tried to run every third day… it’s been a long five years and the injury just came at the wrong time,” Roeger said

“It would have been easy to say ‘stuff it’ but I did it for Longhorne Creek, my workmates at the AIS, my teammates, my coach Philo Saunders, because they have supported me so long and so well.”

He was cramping severely and collapsed to his knees once he finished. He had to be helped to the medical room where two bags of saline drip and oxygen were administered to rehydrate him.