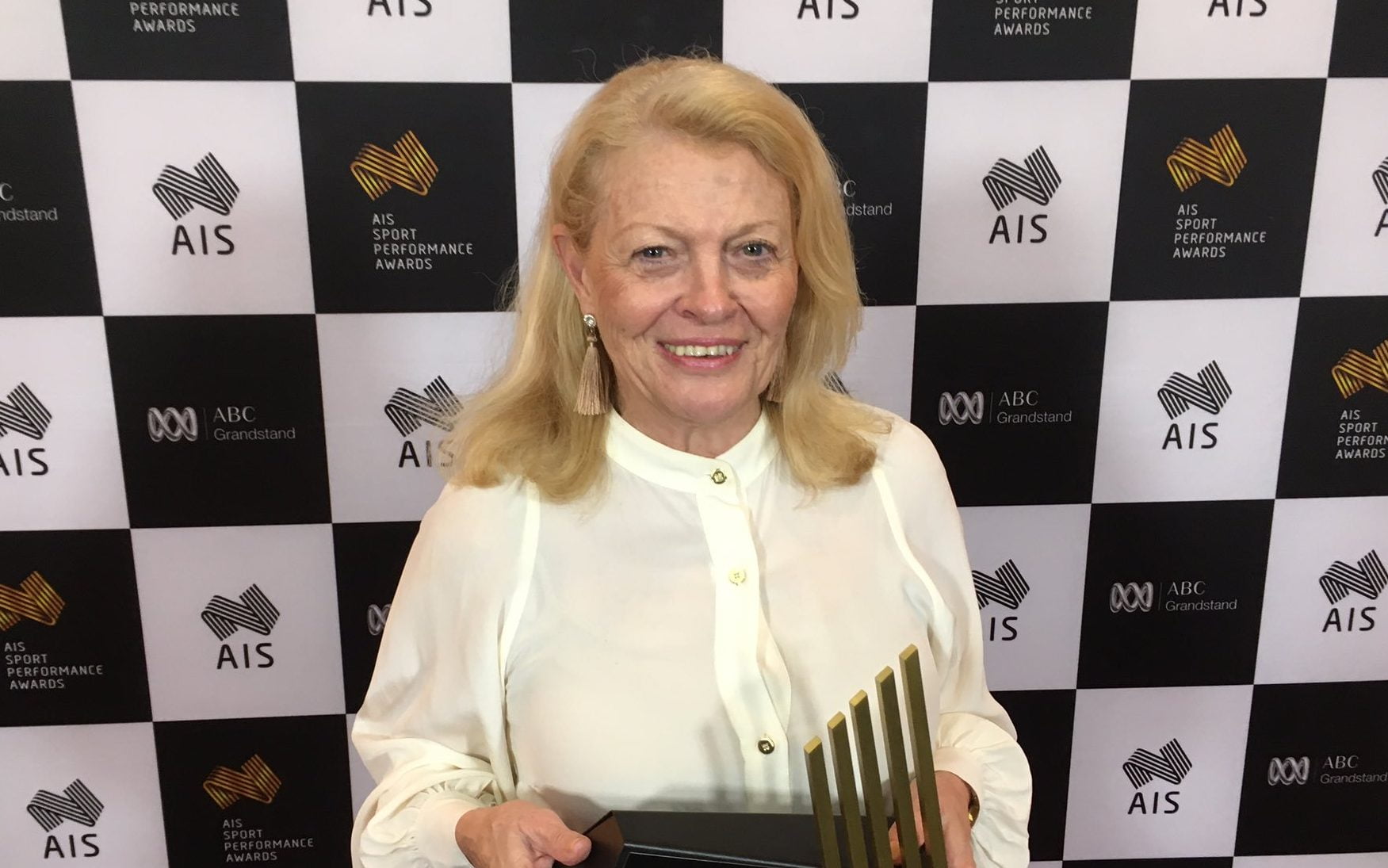 The Chief Executive of Paralympics Australia has been recognised as the best leader in Australian sport this year, with Lynne Anderson earning the Award for Leadership at tonight’s (11 December) Australian Institute of Sport Sport Performance Awards.

Anderson oversaw a seminal year for the Paralympic movement in Australia, highlighted by new investment from government at all levels, a landmark media rights deal, the launch of the new Paralympics Australia brand, and exciting new partnerships with sponsors, suppliers and supporters in the lead-up to the Tokyo 2020 Paralympic Games.

President of Paralympics Australia, Jock O’Callaghan, said that Anderson being named as recipient of the Award for Leadership was fitting recognition.

“Since joining Paralympics Australia in 2015, Lynne has revolutionised the way this organisation does business. Her passion and drive is legendary. and the impact she had made on the Paralympic movement is not just being felt in Australia, but globally.

“Lynne brings a sharp focus to our engagement with stakeholders, ensuring we are working as closely and collaboratively as possible with government, our sporting partners and across all the other sectors we work within to create as many opportunities as possible for Australians with a disability to participate in sport and compete at the level they desire.

“I am proud of what Lynne has achieved at the helm of Paralympics Australia not just over the past year, but over the last four-and-a-half years. She is a thoroughly deserving recipient of this Award for Leadership among a very impressive field of nominees.”

Appointed as Chief Executive in 2015, Anderson has led a management team at Paralympics Australia that has driven the organisation to a position of organisational, reputational and financial strength, and consolidated its position as the peak body in Australian disability sport.

In 2019, the Paralympics Australia Chief Executive was instrumental in lobbying for the new $8 million investment from the Federal Government announced in February to manage the planning, coordination and delivery of the Australian Paralympic Team aiming for success in Tokyo, Japan, next year, and $4 million for the construction of a Community, Education and Events Centre at Paralympics Australia’s Victorian base in Tullamarine.

It was also under Anderson’s leadership that Paralympics Australia was able to launch its rebrand from the Australian Paralympic Committee in a move that had been planned for several years. Another coup was the Tokyo 2020 media rights deal which saw Seven West Media sign on to exclusively screen and stream the Paralympic Games, and the 2019 World Championships for Para-athletics and Para-swimming.

“In all the years I have been a part of the Paralympic movement, few have embraced athletes in the way that Lynne has. She recognises that there are clear advantages to be gained from ongoing and meaningful engagement with athletes, and has made a concerted effort to ensure that they are at the centre of all key decisions.”

Alcott was also in the running to win Sport Personality of the Year and the Athlete Community Engagement Award, as was Katie Kelly (Para-triathlon), and Roeger was up for Best Sporting Moment after winning gold in the London Marathon. Featured among the High Performance Program of the Year nominees was the Para-table tennis program, led by Sue Stevenson and Alois Rosario.