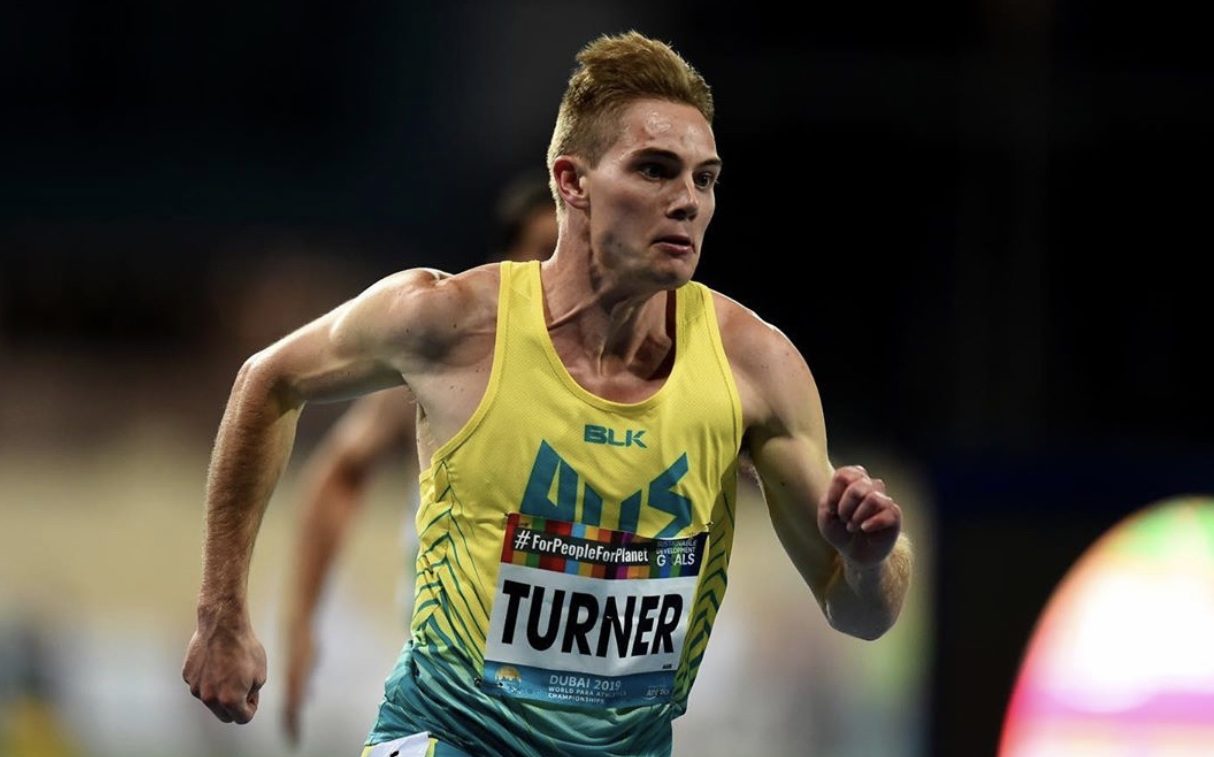 Australia has enjoyed its most successful day yet at the 2019 World Para-athletics Championships in Dubai, UAE, collecting three medals including a world record-breaking performance from sprinter James Turner.

Along with his gold, plus silvers to discus thrower Sarah Edmiston and wheelchair racer Rheed McCracken, Australia surged up the medal table from seventh to fourth position – three gold, three silver – after four days of competition with five still to go.

That is probably due to the fact Turner just kept accelerating along the Dubai track, passing three competitors on his way to the finish line.

“Everything went exactly to plan. My coach Iryna [Dvoskina] saw to that. We’ve been practising very hard and I couldn’t have done it without her. She’s put a lot of hard work into me.”

Turner virtually picked up from where he left off at the last World Championships – in London, England, two years ago where he won gold medals over 200m, 400m and 800m.

In Dubai, he has committed himself to the 100m and 400m, as they are the events on the Tokyo 2020 Paralympic Games program for his cerebral palsy class.

For Edmiston, there’s a shaft of pain through her right knee every time she throws. But a silver medal in the women’s discus throw F44 at her second World Championships eases a lot of the discomfort.

Edmiston, who damaged nerves in her leg waterskiing as a 19-year-old, recorded 36.42 metres on her first attempt to jump into silver medal position behind China’s Yao Juan (38.78m).

“I never looked back. It’s really good I did that, as the competition went for so long, and we were delayed starting [by half an hour], so it was great to get a good throw out there first up,” she said.

“The legs got a little bit tired there towards the end. But I’m just so happy. It’s been a really long two years of training.”

She did improve the distance a smidge with a 36.43m on her third throw to lock silver into place.

Edmiston is coached by husband Paul, with some extra help from former Australian throws coach John Eden, who was trackside in Dubai yelling encouragement dressed in a New Zealand polo shirt – as he now works for his native country with their athletics team.

“Someone had to be home looking after the kids so it’s unfortunate Paul couldn’t be here. But we’ve been working with John since just after London,” she said.

“So for Tokyo, she is right on the money. She’s only got to chase two metres, and she can do that.”

“It does feel a bit that way, doesn’t it?,” McCracken said.

“It’s hard, because I feel so happy to be on the podium, and I don’t want to sound ungrateful, but I felt I was in really good form this year. I suppose you’re never too sure how things will pan out with Walid [Ktila].

The Tunisian finished with gold (14.99) ahead of McCracken (15.51), which is the same finishing order as the 2017 World Championships.

“I got a win over him earlier this year so I thought that put me in good stead. It’s just one of those things. I’m still happy to be in second spot because I know lots of people would kill to have a silver medal.”

“The time is not perfect for me,” Lambird said. “I came into this comp third in the world, so I would have liked to have done a bit better … maybe nerves and all.

“I spent the majority of the season racing myself at home so to come to a world titles is a bit different.”

It is Lambird’s maiden international debut and she is already a part of history. The winner of the T34 final, Great Britain’s Hannah Cockroft, broke the world record (16.80) with a 16.77 push.

“That’s kind of special. I just wanted to come out, have a good race and put it all on the track,” said Lambird, who is British-born but was raised in Perth.

“I think I just need a little more preparation in the warm-up. I rushed things a bit. But I’ll be working really hard to get that spot for Tokyo and win a medal.”

Brianna Coop finished fifth in the women’s 100m T35 final. She finished fourth in this event in London but has been battling a stress fracture in her foot, which has kept her off the track for three weeks.

“We were at least able to maintain everything, but I couldn’t build on it unfortunately,” Coop said of her preparation with coach Wayne Leaver.

“It was never going to stop me racing – it was a case of how can we work around it.”

It was de Rozario’s first race in Dubai and she landed in a quality heat.

“We had two world champions lining up, with Catherine [Debrunner from Switzerland] and Lihong [Zou from China] having already won gold medals here, so it was an interesting field with everyone having different skills,” de Rozario said.

De Rozario has her own claim to fame. She was bronze medallist in this event at the last World Championships, but took the 1500m world record in Switzerland in May 2018.

Ault-Connell is now into her third final in four days of racing, by adding the 1500m to the 100m and 800m earlier in the nine-day program.

By Athletics Australia
Posted: 11/11/2019
Photo with thanks to World Para-athletics