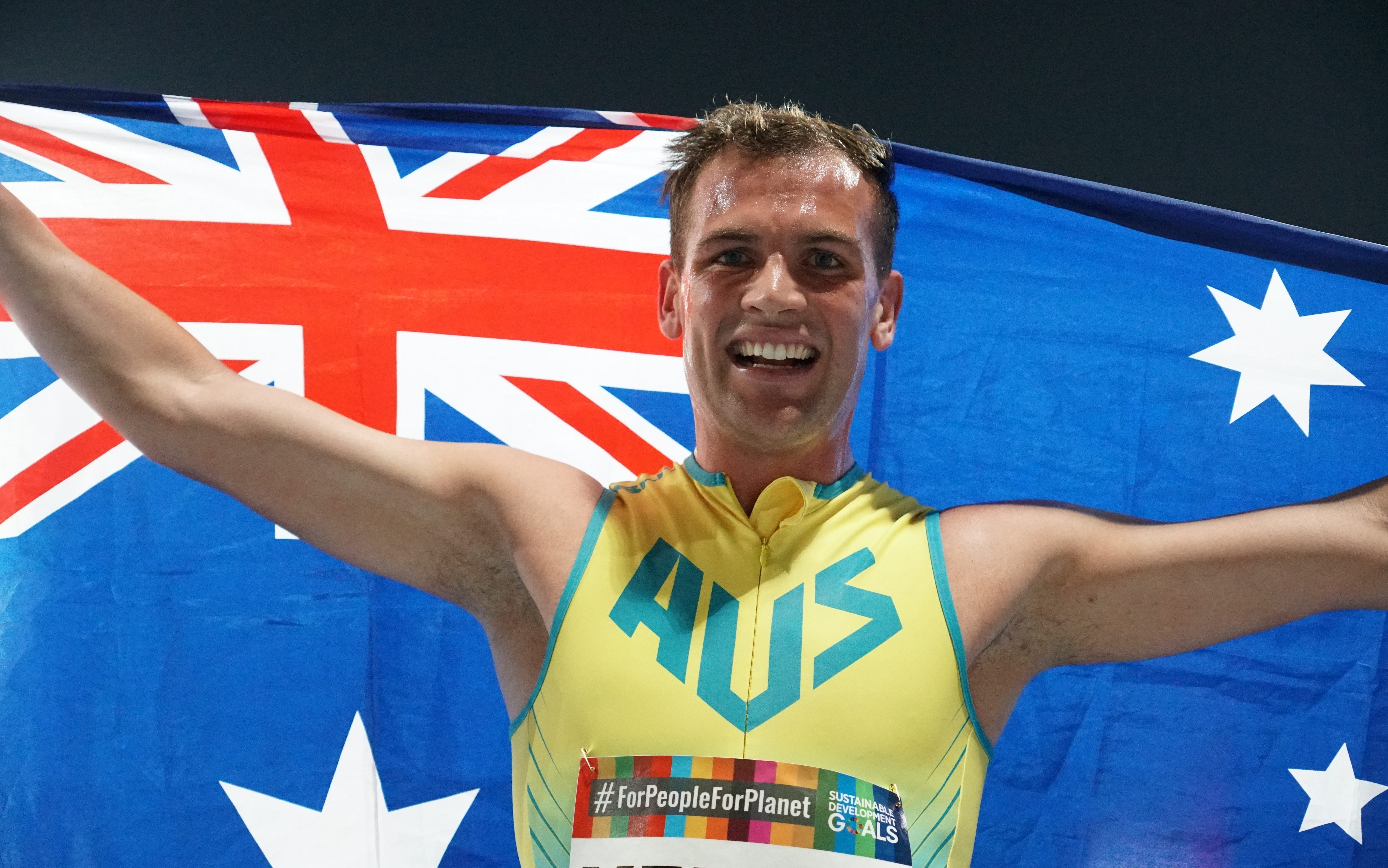 Australia wrapped up nine days of competition at the 2019 World Para-athletics Championships in Dubai, UAE, with a ninth bronze medal, when Deon Kenzie kicked on the bend to bring home a 23rd medal for his country.

Kenzie was the reigning world champion in the men’s 1500m T38. He also collected bronze in 2015, giving him a podium finish at three straight World Championships.

And Kenzie had his training mate Jaryd Clifford cheering from the sidelines at the Dubai track.

Clifford put the Australian camp in a great mood on Friday (15 November) morning by staging a mini medal ceremony of his own after his gold in the men’s 5000m T13 on Thursday night.

But under International Paralympic Committee (IPC) rules, vision-impaired runners can only have one guide with them on the medal podium – and Logan missed out on Thursday night.

So today the winning trio snuck into the medal plaza, dressed in their full Australian track suits and held up their medals for family and friends to take pictures.

Back to the action in the last session, and Kenzie was in a 16-strong field of 1500m specialists, including the reigning T37 Paralympic champion Michael McKillop (IRE). He finished one place behind Kenzie and out of the medals.

“You can’t undervalue a medal, so to get one tonight, I’m obviously very happy,” Kenzie said, after crossing the line in 4:08.49.

“But I came to the Championships to win, so obviously a little disappointed, although heaps of gratitude to win a medal for Australia.

“The field has changed a lot since London 2017 [World Championships], so to win a medal, I’m over the top. But in saying that, Tokyo [the 2020 Paralympic Games] next year is the one that really counts, so I’ll be putting in the hard yards over the next nine months.”

“I got a bit stuck on the inside, but in saying that, I didn’t have anything to answer with when the front guys went. I tried to race as smart as I could,” McCracken said.

“I’m pretty happy overall to make two finals, make a silver, and get through the competition. I’ve still got work to do on this event, and tweak a couple of things in the 100m, but I can’t wait for next year.”

Former world junior long jump champion Ari Gesini, who turns 18 in a month, acquitted himself well in his first major final in the senior ranks of the T38 cerebral palsy class.

Gesini set three personal bests on his way to fourth, with a 6.16m jump in the fifth round bringing a smile to his face.

“The moment I started my warm-up, things seemed to be working really well,” Gesini said. “I’ve been working towards this for such a long time now.

“All the pieces seemed to fall together. I wasn’t sure what to expect, so the nerves and stress was high, but I managed to stay relatively calm.

“I’m really, really happy with how it went. I got so close to the medals – I’m coming for them in Tokyo.”

Maria Strong in the women’s shot put F33 final was the final competitor of the 34 on the Australian team to leave the Dubai stadium.

She finished fifth with a personal best 6.37m. Strong, who is also at her first World Championships after taking up throwing more seriously two years ago, sat in fourth spot for the majority of the event, until Poland’s Joanna Oleksiuk let out a 6.40m effort.

“I’ve come fifth in my first world event but not only that, it’s the strongest F33 women’s field in history so far,” Strong said.

“The top seven athletes threw past the gold medal-winning length in London two years ago. So I’m happy and proud of what I’ve done.”