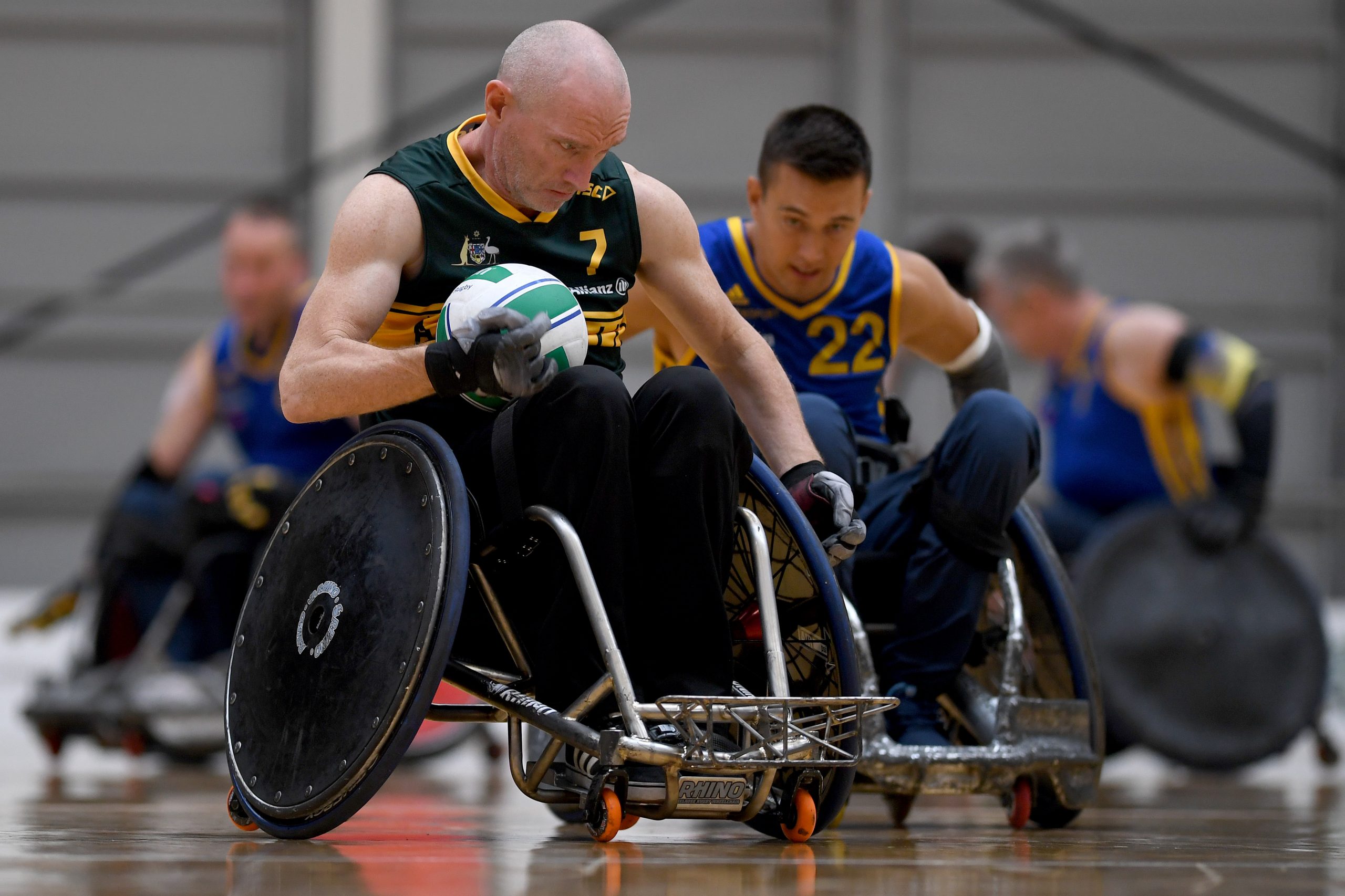 Aiming for a third consecutive Paralympic gold medal, the Australian Steelers will get the best indication yet of whether their Tokyo 2020 preparations are on track at next month’s World Wheelchair Rugby Challenge (WWRC).

Paralympics Australia today announced the selection of 12 Steelers for the eight-team tournament in Tokyo, which will feature the top six teams in the world.

And while wheelchair rugby will be played at a venue elsewhere in Tokyo during the Paralympic Games next August, the Steelers are still ready to fire an early warning shot at their rivals and gain invaluable big-game experience for their newer players in the process.

“This tournament is massive for us in terms of our preparation for the Tokyo Paralympics. To see eight of the best teams in the world outside of a World Championships or Paralympics is an opportunity that we don’t want to waste,” said Brad Dubberley, head coach of the Australian Steelers.

“After this event, we’ll have a much better idea of how our biggest threats for next year are tracking. We know that the gap between the top four to six teams has closed considerably in recent years, but by how far? We’ll all know on October 20.”

Dubberley, now in his 13th year as head coach of Paralympics Australia’s wheelchair rugby high performance program, has made just one change from the Steelers’ recent Asia Oceania Championships campaign in South Korea. Veteran Jason Lees comes back into the team after being left out of the Asia Oceania team to prioritise targeted court time for some newer athletes.

The Australians will arrive in Japan with confidence and excellent form after a successful defence of their Asia Oceania title.

They triumphed 57-55 over Japan in the gold medal match on September 9 to add yet another thrilling chapter to the fierce rivalry between the one and two ranked teams in the world.

Rankings suggest they will again meet in the WWRC final, but Dubberley refuses to look that far ahead.

While they have been grouped in separate pools, the Steelers are still no certainty to meet Japan in the knockout phase. They first must overcome their Pool B combatants Team USA (ranked third), Canada (ranked fifth) and perennial rivals New Zealand (ranked 9th).

That will be no picnic. Team USA is an ever-present threat, Canada have been boosted by the return of powerhouse Zak Maddell after an extended break from the sport and New Zealand are riding the high of Paralympic Games qualification for the first since Beijing 2008 after earning their Tokyo 2020 ticket at the Asia Oceania Championships last month.

“Every team in our pool has a lot to play for and we know how badly they want to embarrass us as the number one team in the world. But that’s what you want at these tournaments, we want and need to be tested,” Dubberley said.

“We are fully aware that one poor game, or goal difference, can mean the difference between playing for a medal, or missing the semi-finals entirely.

“We need to ensure we get the most we possibly can out of every minute in every game, as it all goes towards helping us best prepare for next year’s Paralympics.”

The Steelers face New Zealand in the first match at the 2019 World Wheelchair Rugby Challenge on at 1:45pm (AEST) on October 16 before assignments against Canada and Team USA follow.

The Australian Steelers managed and selected by Paralympics Australia:

Fixtures for the Australian Steelers – 2019 WWRC