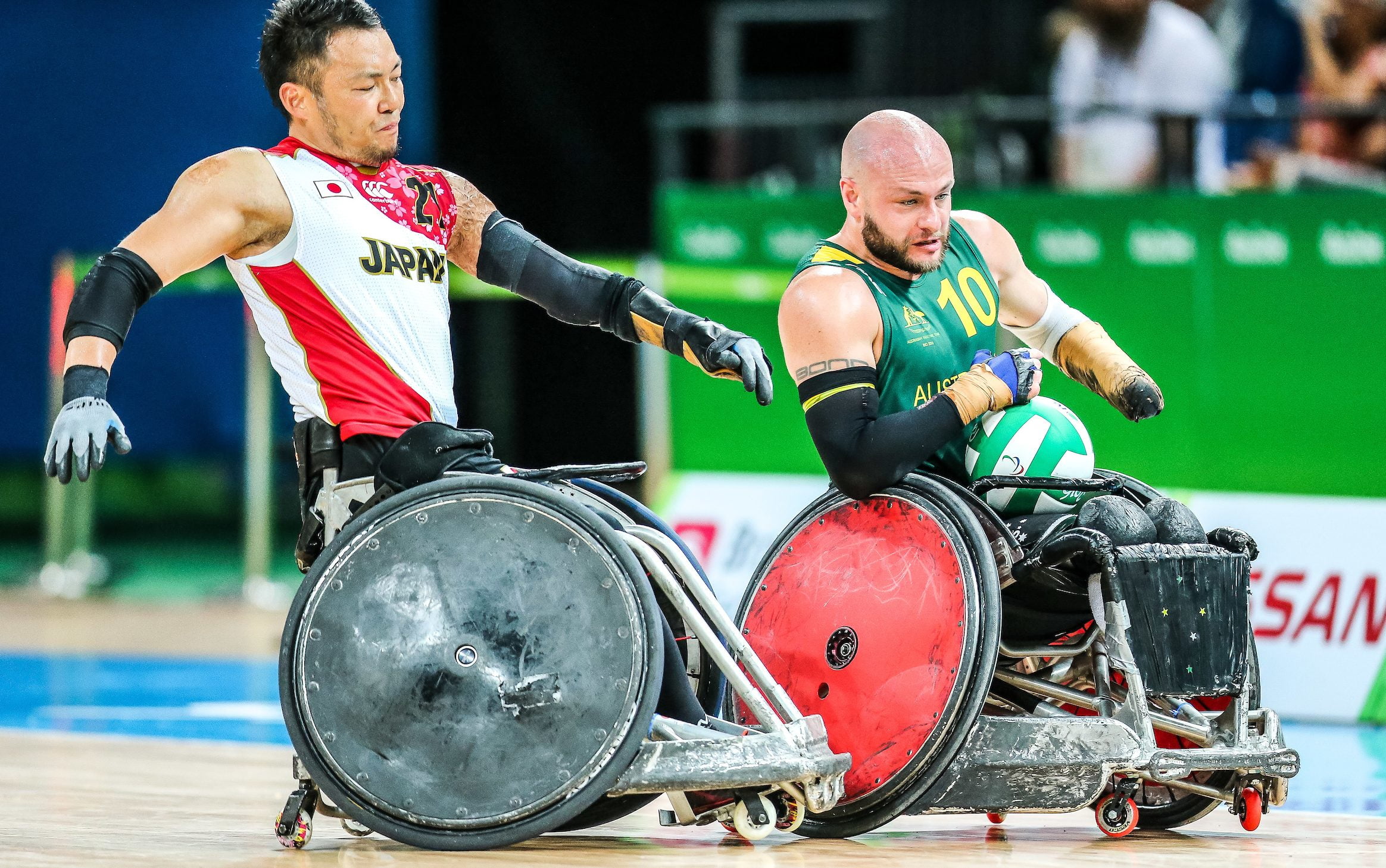 The Australian Steelers will compete at the Tokyo 2020 Paralympic Games as the reigning regional and Paralympic champions after defeating Japan 57-55 in the IWRF Asia Oceania Championship in Gangneung, South Korea, today (9 September).

Despite having already secured their spot at next year’s Paralympic Games, the Steelers were eager to redeem themselves after losing to their Japanese opponents earlier in the tournament.

In a gold medal match worthy of the Paralympic Games, both teams put on an impressive display, overpowering each other at different points of the match.

Japan had the upper hand to begin with, scoring the opening goal of the game. Their consistency saw them score 17 points, three more than the Steelers during the first quarter, and giving up no turn overs. The result only fuelled the Steelers to push harder, to finish the first half only one point behind.

Still the underdog by one point going into the fourth quarter, the Steelers star line up consisting of veterans Ryley Batt (3.5), Chris Bond (3.5) Ben Fawcett (0.5) and Michael Ozanne (0.5) were able to put the match out of reach for Japan.

In those last minutes, Japan conceded three turnovers, to allow Australia to convert their mistakes into a two-goal lead.

Having lost the World Championship title to Japan last year, Australian Head Coach Brad Dubberley believes the win will instil confidence in the team leading into the Paralympic Games next year.

“I’m really impressed with the team, and have been throughout this whole week,” Dubberley said.

“It was great to get the result, particularly in response to the quadruple overtime played against Japan yesterday. We used our composure much better than we did in the past, which was seen during the times Japan had the lead.

“Having Bond come back from injury gave us a huge boost tonight. He gave us the ability to have different line ups on court at different times. We used it to apply pressure and show Japan a few different looks.

“There were also a few other individuals that really stepped up tonight and this week. Josh (Nicholson) had a great breakout event and Jake (Howe) played really well too.”

Dubberley said the closeness of the match is only going to serve the Steelers well as they aim to defend their Paralympic gold medal at Tokyo 2020.

The Steelers will now return home before they head to the World Wheelchair Rugby Challenge in Tokyo, Japan, on 16 October.