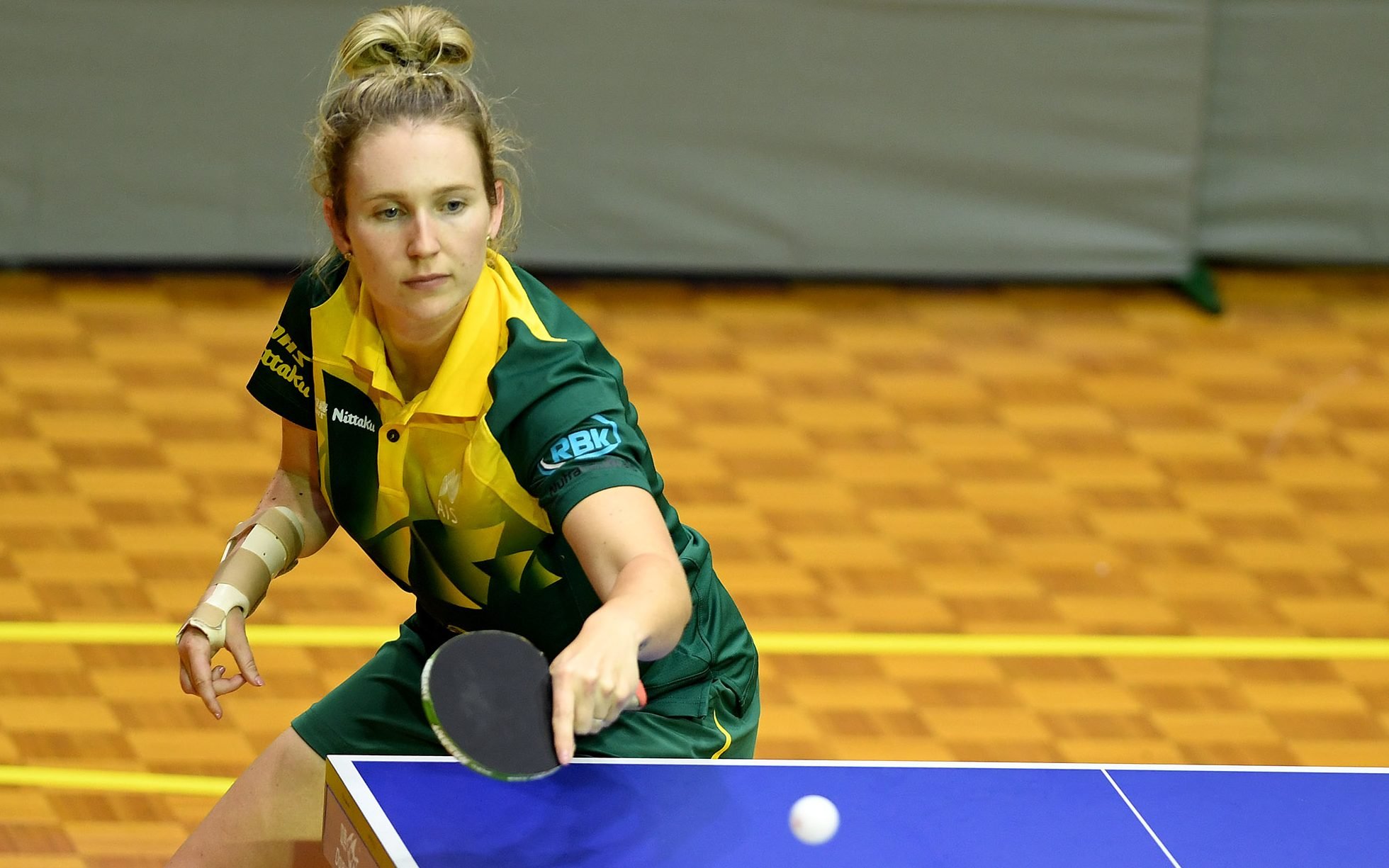 Australia’s Paralympic table tennis hopefuls have begun their battle for a spot on the 2020 Australian Paralympic Team tonight (1 May) at the 2019 Arafura Games.

While competition has been friendly for all sports thus far, the heat has turned up for Para-table tennis players, with competition doubling as the 2019 International Table Tennis Federation Oceania Para-table Tennis Championships.

Despite just five countries contesting the event, competition is set to be tough. With so few numbers entered into the tournament, athletes will compete in mixed-class competition, with only four gold medals up for grabs.

However, it’s more than gold medals at stake. Also at stake is qualification spots for the Tokyo 2020 Paralympic Games.

Group matches began tonight, with most Australians competing against each other.

“There’s been quite a buzz through the team,” said Melissa Tapper, Australia’s only athlete to compete at both the Paralympic and Olympic Games.

“Everyone is excited just to be together, and although the majority of competition is Australians competing against each other, with just a few of the Oceania countries, everyone is behind each other, which has been great.

“We’re here as a team, but we’re also fighting hard in every match just to do as well as we possibly can.”

“I don’t think I’ve played Bec in a major comp for quite a while now,” Tapper said. “Growing up, we played quite a lot, but it’s been few and far between, so it was nice to get out there and have a hit with Bec.”

Wolf, a Paralympic gold medallist in long jump, has recently come out of retirement and transitioned to her new sport.

“I was a bit nervous at the beginning,” McDonnell said. “I do play Christine up in Townsville a little bit. It’s club mate against club mate, but I played pretty good.

“It’s a really important competition for Oceania – all those slots up for grabs for Tokyo 2020. I’d love to get a spot, but I just have to play my best here because it’s really important.”

Wolf, who put up a fight, commended McDonnell for her play and her win.

“She is such a good player. I like to play against really good players because I know that I can show how well I can play, without the pressure of wanting to or being able to win [due to the class difference]. It’s always enjoyable.”

Competing at her first international competition since winning gold in Para-athletics at the Beijing 2008 Paralympic Games, Wolf said that the nerves had not gone away.

“I still feel the pressure, even though you feel more pressure when you play against someone you can potentially beat.

“I’ve made a few mistakes, and I know what they are, and that’s, of course, where you move forward.”

Trevor Hirth (Class 6) was the winner in both his matches too, beating Connor Holdback (Class 6) 3-1, and Fiji’s John Tauni Christopher (Class 6) 3-0, while Joel Coughlan (Class 10) came away with victories over New Zealand’s Victor Kamizona (Class 8) and Tonga’s Iotili Loamanu.

Competition at the Marrara Indoor Stadium in Darwin, NT, will resume tomorrow at 10:00 local time.