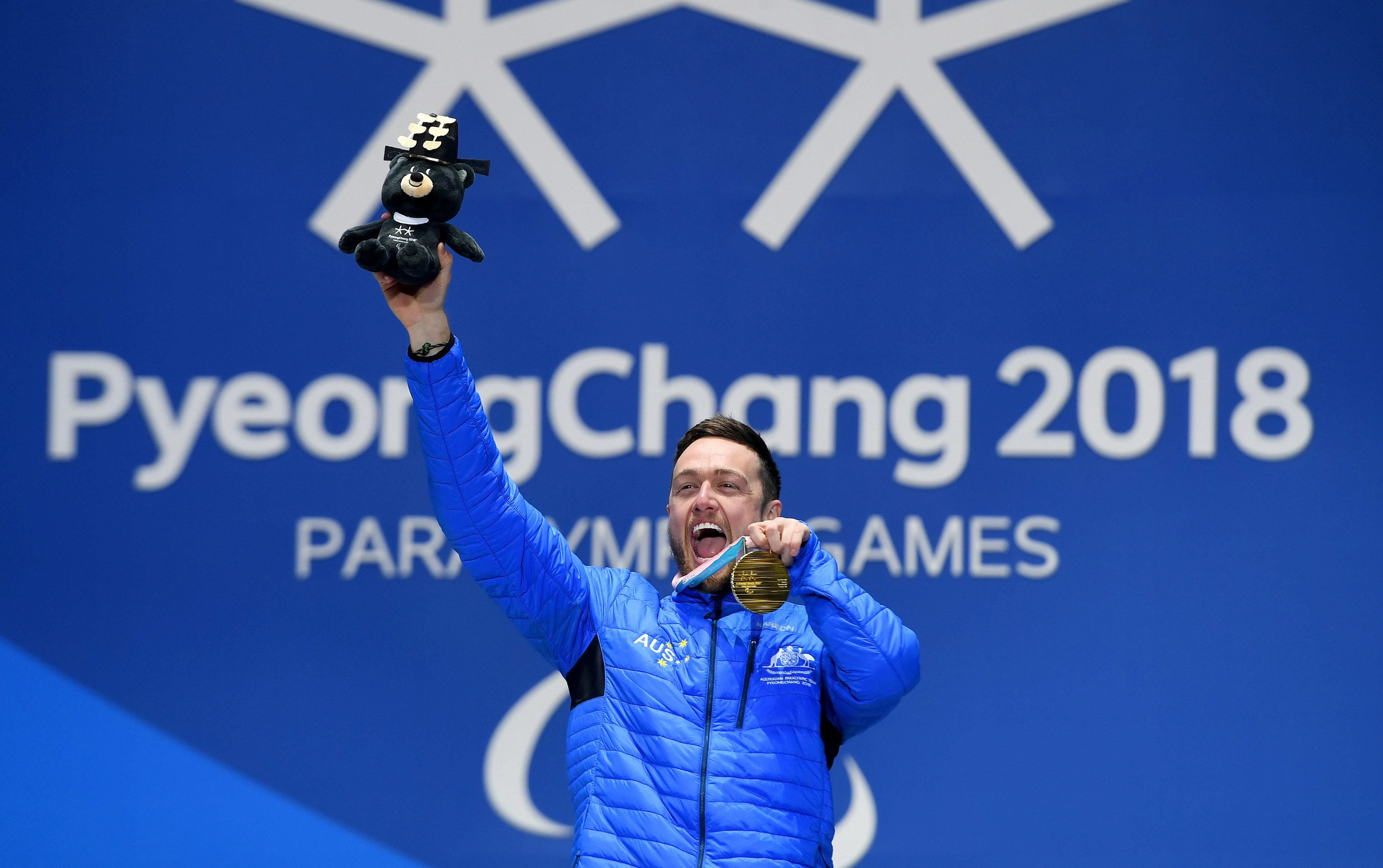 The gold medal cemented him as one of Australia’s sporting legends – the first athlete to win a medal at a Summer, Winter and Commonwealth Games.

On a freezing slope at the Jeongseon Alpine Centre, Patmore soared down the hill six times over the course of the day – completing two qualifying runs and head-to-head eliminations in the third, the quarter-final, semi-final and the gold medal race. With so much history to be made, Patmore proved he had the mindset of a gold medal winner, focussing in on each individual race.

He even overcame a scare mid-race in the final, when despite leading against Italian Manuel Pozzerle, he wobbled and was close to crashing out. He admitted later he thought he was going to ruin his chance at gold.

Instead, he won Australia’s first ever gold medal in Para-snowboard.

“I was right on that borderline,” Patmore said at the time.

“Basically, if an incident or mistake like that happens, you have to get up and get going again and not think about it. That’s exactly what I did, and I was just lucky I didn’t have a big stack.”

Crossing the line, realising what he had done, he says his goggles fogged up.

“I had to collapse on the ground or I would have run straight into everyone.”

Cue the wild celebrations, lead by his two teammates Ben Tudhope and Sean Pollard, who jumped on top of him while he was still on the ground near the finish line. Meanwhile, his family and girlfriend were in the stands crying with pure emotion. It was a momentous win not only for Patmore but for his entire support squad, the whole Australian Paralympic Team and the Australian public.

One year on, Patmore says the experience of being in PyeongChang and creating history have become one huge blurred memory, albeit an incredible one that he is proud to look back on.

“The whole experience was amazing. I was completely focussed leading into the Games and knew what I wanted to achieve,” Patmore said.

“To walk away with two medals [he also won bronze in the men’s banked slalom SB-UL], and share the experience with a talented group of athletes, will be something that I will remember and smile about for the rest of my life.”

He believes the strength of the support around him carried him across the line, and says it was evident with the reception given to him on the snow by Tudhope, Pollard and silver medallist Mike Minor (USA).

“I’ve been on tour with Ben, Sean and Mike for almost four years and we’ve shared the highs and lows together. I’ve always enjoyed team sports and when I won in PyeongChang, it felt like we won as a team.

“It really did show our nation that it was a team medal, and I can tell you, there is no better feeling that celebrating with your teammates.”

While the Paralympic Winter Games are over for another three years, the ride hasn’t stopped for Patmore. Currently in the middle of the international season, Patmore has won multiple medals at various World Cups, which is further boosting his confidence ahead of the World Para-snowboard World Championships in Finland in two weeks’ time.

“My competition now knows that I’m a serious athlete that wants to win, and can do it at a pinnacle moment in our sport,” Patmore said.

“They’ve seen me climb from the bottom to the top so they know that I can certainly do it again at the World Championships. Momentum is backing me.

“I’m a Paralympic champion, Commonwealth champion and now my focus is to become a world champion.”

After that, Beijing 2022 will be on the cards for the only Australian – Paralympic or Olympic – to win gold in PyeongChang.

“In order to make it to my third Paralympics, I will need to execute the perfect three-year plan, which is currently in the works.”

The 2019 World Para-snowboard World Championships begin in Finland on 26 March.