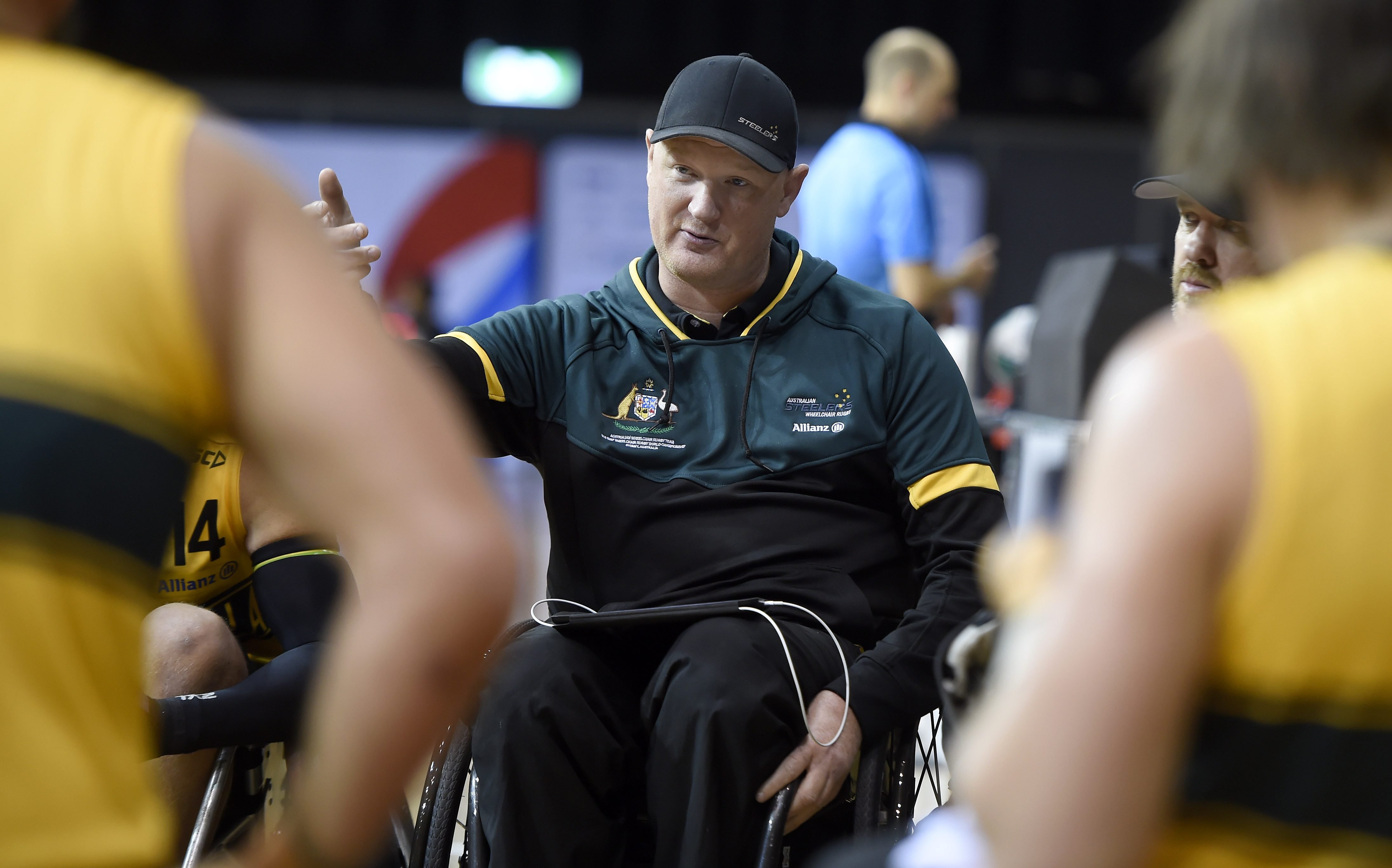 Ranked world No. 1, the Steelers know that the WheelBlacks (ranked world No. 9) always find something extra and Dubberley knows any complacency within his squad will be exploited by their rivals.

The five-match series will be contested at Caroline Springs, Victoria, from March 14-17.

“The Kiwis are a different team to what they used to be,” Dubberley said. “They’re a long way from their glory days and they have missed qualifying for the past two Paralympic Games, but we are looking forward to seeing what they have as we prepare for the 2019 Asia Oceania Championships which doubles as our 2020 Paralympic Games Qualifiers, scheduled to be held in Korea in September.”

“There’s absolutely a rivalry between Australia and New Zealand, you see that in any sport, and mate, I can tell you, we’ll be dirty if we lose.”

Joining them will be Richard Voris (1.5), Chad Graham (1.0) and Anthony Gray (0.5), who will all be hoping to prove themselves as contenders for the Tokyo 2020 Paralympic Games.

As Dubberley continues to trial newer athletes and best prepare his team for Tokyo 2020, the Steelers will compete at the 2019 Wildcat Clash in Arizona, USA, from February 22-24, where Australia’s leading female wheelchair rugby player, Shae Graham (2.0), will make her international debut.

Dubberley will be without Batt at the tournament and as a result Ben Fawcett will captain the team for the tour in a sign of his growing stature among the Steelers.

“There have been female players in the mix for other international teams for a few years now, but for us, it’s been about trying to find the right one. Shae is still very new to our program and has fit in well so far, so we are looking forward to seeing her get amongst it in Arizona, and all going well, in Tokyo as well,” Dubberley said.

“Another one to look out for is Ben Fawcett, who’ll be having a crack at captain. Benny’s a weapon. He’s easily one of the best 0.5 players in the world and plans to be around for a while, and the younger players in our squad really seem to gravitate towards him. He’s a little more measured, a little more chilled out, a little more patient than Rylz [Batt], which I think will serve us really well in Arizona with some newer athletes.”

But most of all, Dubberley is just happy to leave the 2018 IWRF Wheelchair Rugby World Championships behind them.

“The Tokyo 2020 Paralympic Games is going to be a phenomenal event, and it’s there for us to win,” he said. “We were the hunted for a long time but having missed gold in Sydney [at the World Championships], we’re now able to be the hunters again. There was a fair bit of pressure on us going into Tokyo before, and it’s good to have a little of that taken off our shoulders now.”

The 2019 Wildcat Clash will be contested by six elite wheelchair rugby teams from the USA, Denmark and Australia at the University of Arizona from February 22-24. It will be followed by the Ken Sowden Cup in Caroline Springs, Victoria, from March 14-17, where the Australian and New Zealand wheelchair rugby teams will contest a five-game test series.