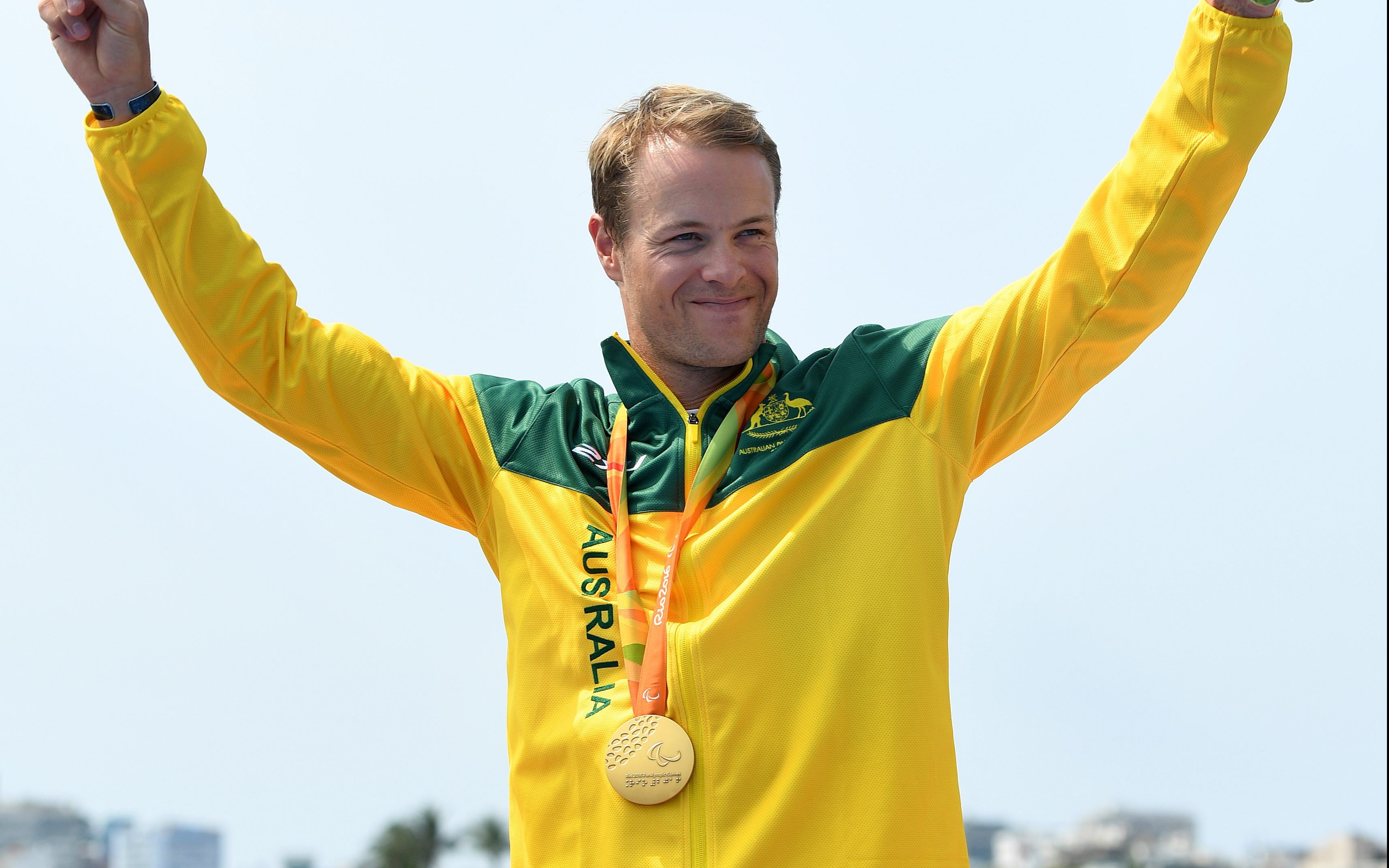 Another gold medal for Curtis McGrath (QLD) has been the highlight of the penultimate day of the 2018 ICF Para-canoe World Championships in Montemor-o-Velho, Portugal (22-26 August).

There were also several encouraging performances in other finals.

Paralympic champion McGrath picked up his second gold medal in as many days and his eighth of his career when he triumphed in the men’s VL3. Already on Friday, McGrath had won the men’s KL2 200. See full story here.

The Queenslander raced in an eye-catching new boat, which measured considerably shorter than other boats in the field.

“It’s pretty good,” McGrath said. “It’s a metre and a half shorter than everyone else’s boat here, so it’s a very different shape. I think there are a few little tweaks I’d like to see before Tokyo, but it looks good in the water and it’s doing the job for me.

“It’s nice to be able to do two boats, it keeps it stimulating and exciting at the same time.”

The double gold for McGrath is a good sign ahead of the Tokyo Paralympics, when the Va’a category will be introduced for the first time.

He said getting the training balance right has been a challenge, but his results in Portugal indicate he is on the right track.

“It’s a work in progress, but I think we are on the right path towards Tokyo,” he said. “The training schedule allows me to do both, because they are so complementary to each other.”

McGrath races the VL3 after a reclassification this season and prior to this was a four-time World champion in the VL2.

“It’s a new event for Tokyo and the competition is heating up. There have been some adjustments to the classifications and I have been brought up in the class so I have been up against some of the big and strong fellows and the racing is exciting to watch.”

McGrath will head back to Australia and take on the Invictus Games next.

“I won’t have much of a break after this and have a fair few commitments back home. The Invictus Games are on at the end of October so anyone back home or anyone heading to Sydney hopefully will come and enjoy the spectacle the Invictus Games will be.”

Fellow Rio 2016 Paralympian Susan Seipel (QLD) finished the women’s VL2 in fourth, after a sixth place in the KL2 200 on Thursday.

“The results weren’t exactly what I wanted, but the classes are getting really tough and the girls are getting faster so I have to go back home and work harder and get stronger for next year,” Seipel said.

“There are a few new faces and the new classification system has really changed up the field and the class is very close. It’s good in a way so it will be equal at the Paralympics when the Va’a makes its debut. Tokyo is only two years away and I’m very excited for it.”

The Para-canoe World Championships wrapped up on Saturday and with McGrath’s two gold and one silver medal won by Amanda Reynolds (VIC) in the women’s KL3 200, the team is looking strong with two years to go to the Tokyo 2020 Paralympic Games.