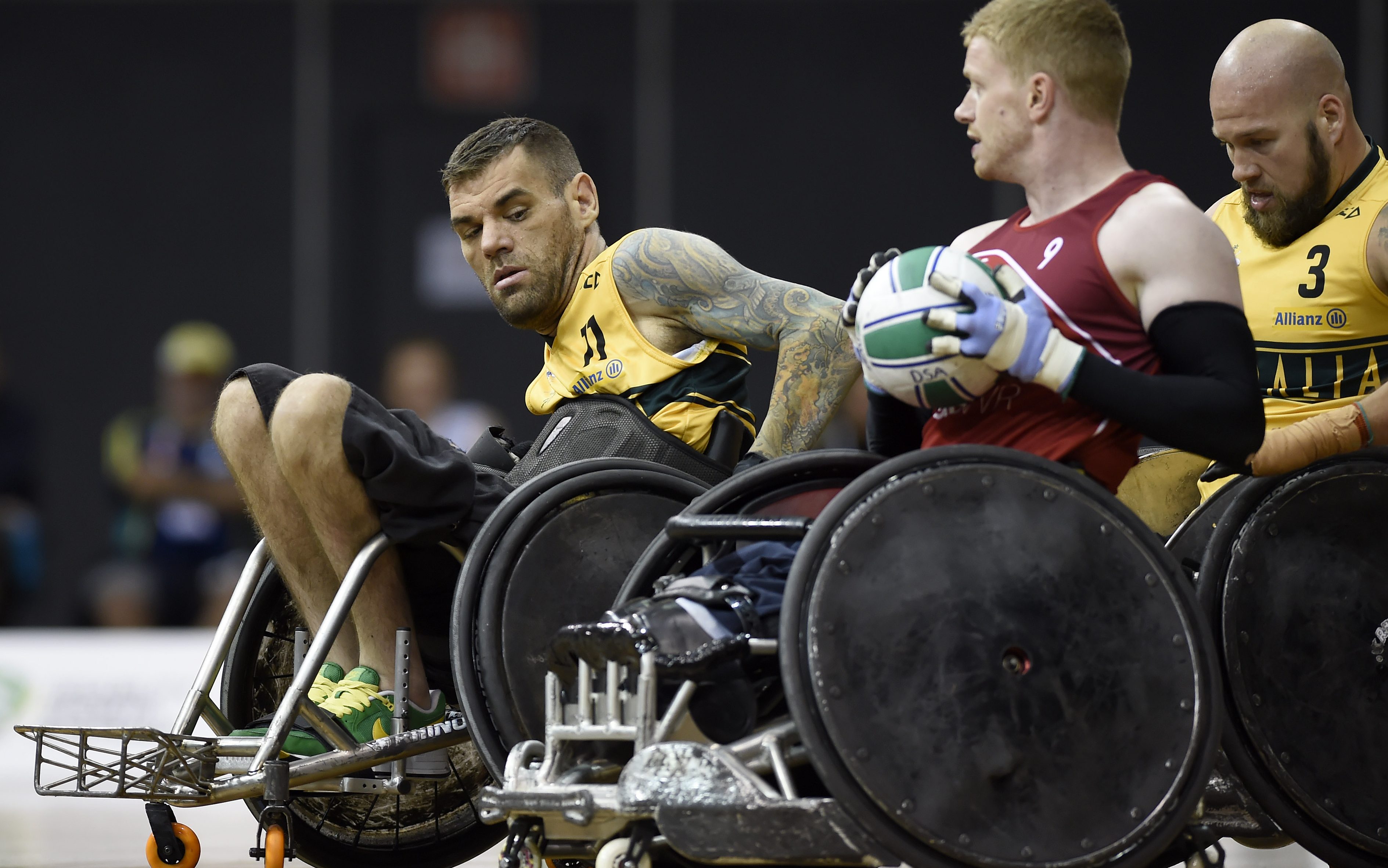 The Australian Steelers will battle Japan for the gold medal at the GIO 2018 Wheelchair Rugby World Championship at Sydney Olympic Park on Friday.

No nation has ever won a World Championship on home soil, but the Steelers have given themselves the best chance with an epic 59-57 semi-final victory over Great Britain today.

Australia and Japan met in the final pool match on Wednesday, with the Australians winning 65-52. But according to Australian captain Ryley Batt, that result now means nothing.

Japan defeated Team USA 51-46 in the other semi-final – the biggest upset of the tournament.

“I’m expecting Japan to be a totally different team, they just knocked off the Americans and they are a fantastic team,” Batt said.

“We were happy to play America or Japan, but we know Japan is going to do everything they can to become World champions and it’s going to be an absolute war.”

Batt has urged fans in Sydney to attend the final and give the Australians an overwhelming home-court advantage. Tickets are still available.

“I challenge everyone to come out and watch us against Japan,” he said.

“We need all the help we can get tomorrow night, it’s going to be a very tight game and with a wild, cheering crowd, hopefully it gets us over the line.”

Japan’s victory over Team USA was the most important in their history. Ranked fourth in the world, they will now play for a gold medal at a World Championship or Paralympic Games for first time.

Meanwhile, the Steelers are aiming to become the first team to win two World Championships and two Paralympic gold medals in the same four-year period.

But it is the curse of home nations that the Australians want to break most. It has affected the previous six hosts of the IWRF Wheelchair Rugby World Championship, dating back to 1995.

“Yeah, look, we don’t do it for the accolades, but it’s quite a record now and if we can get that one more, that’ll be, you know, four years of major events without a loss in any game. That would be incredible,” said 158-game veteran Chris Bond.

Bond, his captain Batt, Mick Ozanne and Ben Fawcett were told to lead the charge by Australian head coach Brad Dubberley and secure the passage to the gold medal match as the Steelers’ leading line-up. They delivered.

Batt led the scoring with 35 tries while Bond contributed 24.

Despite entering the match as overwhelming favourites, the Australians were pushed until the final siren. Holding a one-goal lead inside the final 30 seconds, just one mistake could well have sent the match to overtime.

But the Steelers held their nerve. Their big game experience proved the difference.

“But they just hung in there and they just did not make any errors.

“Huge credit goes to GB. They played the best I’ve ever seen them, played really controlled and, you know, at the end of the day only a couple of unforced errors cost them.”

The Australian Steelers, sponsored by Allianz, face Japan tomorrow at 4pm for the gold medal at the GIO 2018 IWRF Wheelchair Rugby World Championship.