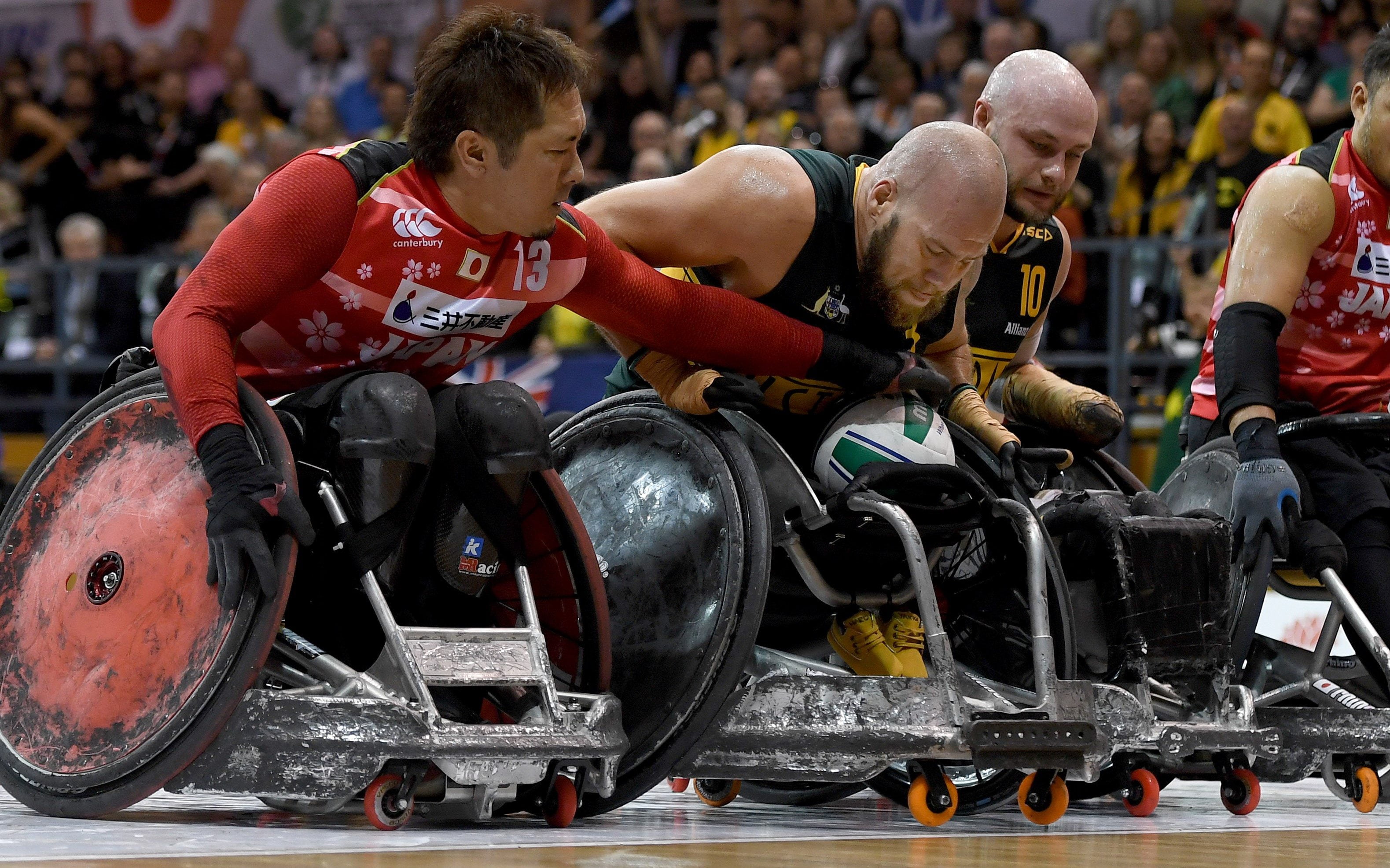 The Australian Steelers have failed in their bid to become the first host nation to win an International Wheelchair Rugby Federation (IWRF) World Championship on home soil.

For the Australians, defeat brought to an end their unbeaten reign at major tournaments, which included the 2014 World Championship and the 2016 and 2012 Paralympic Games.

Turnovers killed the Australians’ hopes of victory. They conceded seven in the second quarter, more than the total conceded in their six previous matches at the tournament.

Despite those mistakes, the Steelers were unbelievably gallant.

They were down by five tries in the third quarter, but fought their way back to level the scores with less than five minutes to play.

But Japan found a way to upset Australia’s offensive rhythm in the closing minutes and the decisive error came with 90 seconds remaining.

Down 60-59 and looking to level the scores again, a pass from Australian captain Ryley Batt failed to reach Chris Bond, and Japan converted the mistake into a two-goal lead.

The Steelers did level the scores once more at 61, but Japan controlled the final possession. Fittingly, it was another try from the tournament’s Most Valuable Player Daisuke Ikezaki (23 tries) that sealed the famous victory.

“At the end of the day, ultimately we killed ourselves. Essentially we gave up one more turnover in that game than we did for the entire tournament.

“We’re gonna take it back off them on their home turf. Tokyo 2020 Paralympics, look out. To Japan, we’re coming. We’re taking it back.”

Batt was a shattered figure at full-time.

He led the scoring for Australia with 36 tries, while Bond (22 tries) and Jayden Warn (three) also crossed the line.

“Down by five in a final, the game was out of our reach. So the belief our boys showed to come back to take the lead again, that’s an absolute mammoth, mammoth effort,” Batt said.

“The momentum came back our way but unfortunately stupid errors really cost us. It’s just really, really frustrating that those simple errors came in a final.

“Credit to Japan, they played better than us. But at the end of the day I think we cost ourselves too.”

The Australian Steelers, sponsored by Allianz, still maintain their world No. 1 ranking, despite winning the silver medal.

Earlier, the USA won the bronze medal with a 47-36 victory over Great Britain.