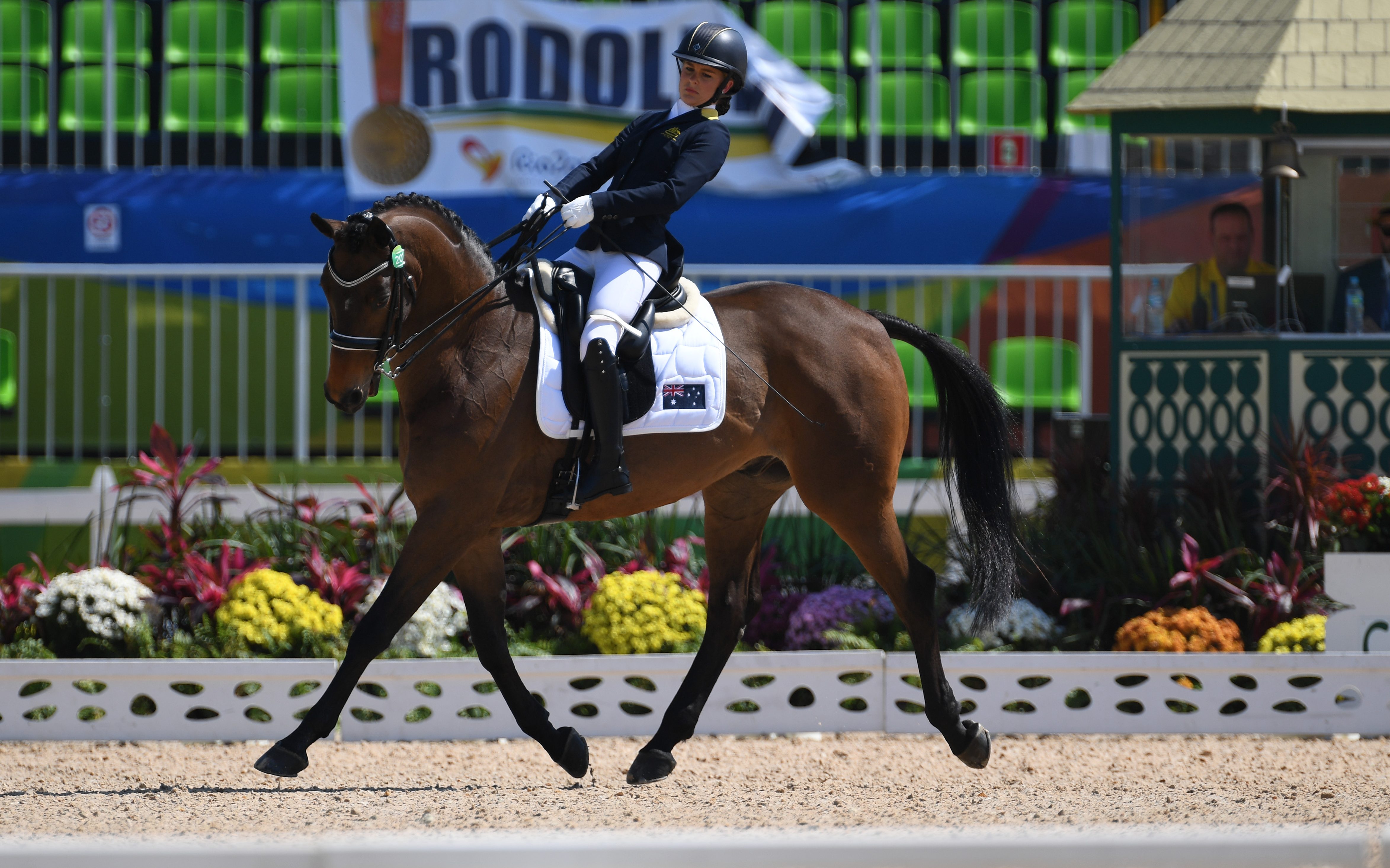 The camp, held at Wallaby Hill in NSW across four days, involved horse and human physio Emma Mathlin who has worked with the Australian Eventing Team at WEG Normandy 2014 and the Rio 2016 Olympics, Russell Guire, an equine and human biomechanist from the UK, and UK Para Dressage coach Angela Weiss who has played an integral part in more than 30 Team GB medals at World Championships and Paralympics. Together, the three physicians worked to correct on and off horse issues.

Other specialists that contributed to the camp included Australian Institute of Sport psychologist Kristine Dunn and Dr Ross Pinder from the Australian Paralympic Committee. Athletes did both on and off horse sessions each day and also gathered together for group sessions focussed on social media, high performance, nutrition, psychology and biomechanics.

The camp was an ideal lead-in for riders who went on to compete at the Sydney CDI held at the Sydney International Equestrian Centre. Their efforts pleased EA Para-equestrian Manager Erik McKechnie.

“On day one of the Sydney CDI riders competed in the Individual test and on day two the Team test. Athletes that attended the training camp at Wallaby Hill put into practice what they had learnt during these information-rich training days.

“Warm-ups were dissected and altered to support each horse and rider combination with post-performance debriefs going over the areas of strength and those that needed to be improved on, all of this to have a positive performance impact on the riders,” said McKechnie.

Emma Booth riding Zidane saw her percentages increase from Boneo earlier in the year, with Victoria Davis and her new horse Bravour M starting to develop a strong partnership.

Phoebe Roche and the free-moving Saddle Up Romper Stomper posted a personal best in the Team competition with a score of 68% and in the freestyle on the final day of competition Sarah Sherwood and Janevelyn Tsunami posted another personal best of 68.07%.

“Personal best results are a vital measure for an athlete to objectively assess their progress to see if all the hard work that gets put into training is having a positive effect on their performance,” said McKechnie.