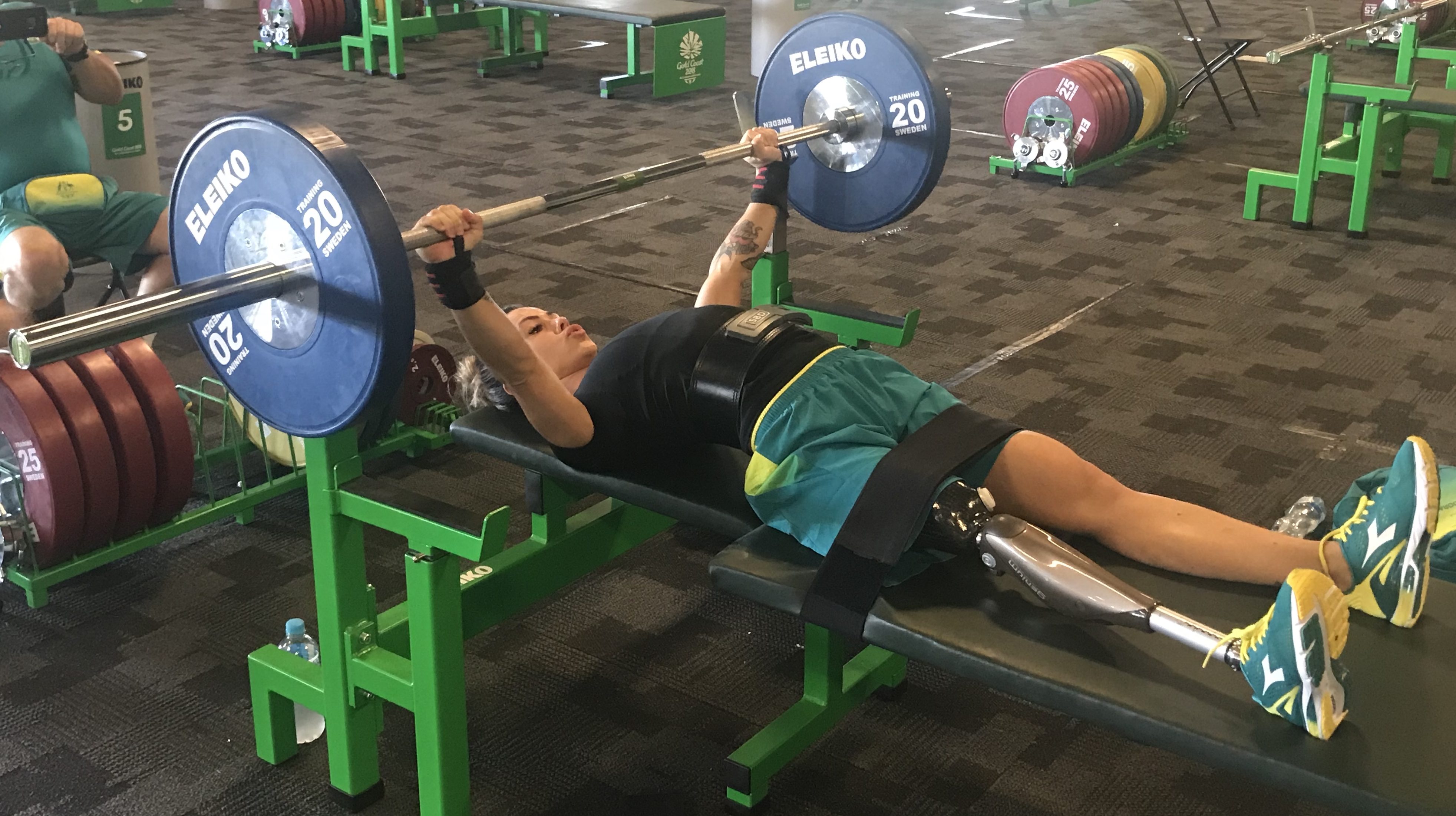 After a long hiatus due to injury, Paralympic long jump champion Kelly Cartwright is ready to make her comeback at her first international multisport competition in five years; this time as a Para-powerlifter.

At a diminutive 46kg, it would come as a surprise to many just how much Cartwright can lift, and how fast she is progressing after only taking up the sport just over a year ago.

“I love weights. I’ve always loved weights, even when I was sprinting and jumping. You’d find me in the gym loving it, pushing as heavy as I could,” Cartwright said.

Switching focus from Para-athletics to Para-powerlifting came easy to the Geelong native, after she sustained a permanent ankle injury after the London 2012 Paralympic Games, where she won gold in the F42 long jump and claimed silver in the 100m T42.

“I never really officially retired from running, because I could never part with it, but my ankle just wasn’t holding up, and in that time I was off the track, which was a long time, I was in the gym a lot,” she said.

“When it came to doing my rehab, I quickly realised that the only thing I could really do was upper body work, so that’s exactly what I did.”

Having been exposed to other athletes who have transitioned sports by her former coach and APC Talent Identification Manger Tim Matthews, it was not long before Cartwright began powerlifting competitively. She made a smooth transition to the sport and rose through the ranks to make her debut for Australia at the 2017 IPC Para-powerlifting World Championships.

While she was unable to complete all of her lifts at last year’s World Championships, the opportunity to compete for Australia brought out her determination to get herself to the Commonwealth Games.

“It was daunting to be there but exciting. I went out there and did the best I could on the day,” she said.

“Para-powerlifting is a technically difficult sport and that’s something that’s only going to come to me in years. The weight is there, and I’m improving on that, but the technique is something you learn over time.

“The atmosphere was fantastic though, and it gave me the taste that I hadn’t had in years. It’s obviously a different ball game to what I’m used to, but I loved it. I loved every minute of it.”

Although Cartwright has not dismissed a return to athletics, she says there is a different culture within competition both nationally and internationally.

“I love athletics, and I miss competing with the Australian athletics team, but what I love about Para-powerlifting is that no matter what country you come from, what discipline, what weight category, everybody seems to help each other.

“In the Australian team, we’re not all training every day but we all come along to the gym to give feedback. To hear my mates say ‘I know you’ve gone home and put in the work’ and same with my coach Simon (Bergner).

“It means so much. I’ve got a long way to go to even get to where the other guys in our team are, they’ve been lifting for years, but I’ve done what I can in a small time.”

As for Gold Coast 2018, Cartwright is seeing the Gold Coast as a stop on the way to another destination – Tokyo 2020.

“I’m expecting to get a personal best next week. My aim and Simon’s aim to get white lights. You want to get up there and know your lift matters.